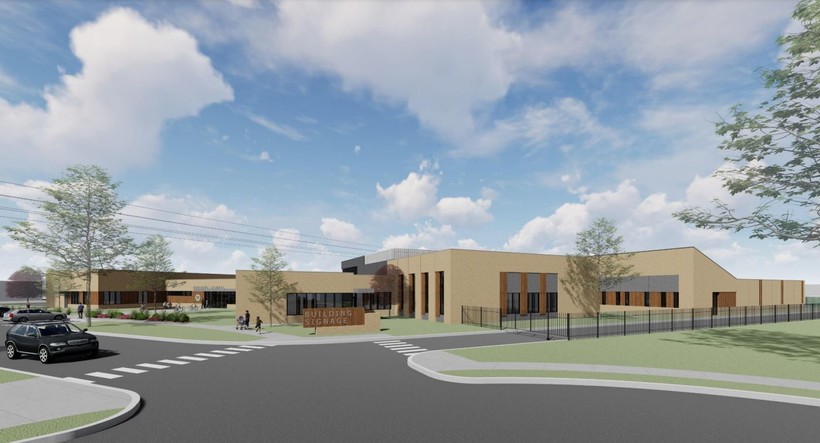 A new youth prison was approved by the Milwaukee Common Council on Tuesday, Jan. 17, 2023. Photo courtesy of the Wisconsin Department of Corrections

Facility won't be operational until 2026
By Evan Casey
Share:

The Milwaukee site for a new youth prison — which is slated to replace the long-troubled Lincoln Hills and Copper Lake youth prisons in Irma — was approved by city officials Tuesday. But even with that approval, the new facility likely won't be operational until early 2026 — more than five years after the deadline state lawmakers set for closing the Irma detention centers.

The new 32-room prison will be built on the site of a former vehicle emissions center on Milwaukee's northwest side, at 7930 W. Clinton Ave. A spokesperson for Milwaukee Mayor Cavalier Johnson said he anticipates the mayor will sign the approval passed by the Milwaukee Common Council.

State and local officials are hopeful moving the prison to Milwaukee will lower recidivism among young people in the juvenile justice system. Many teens at the Irma facility are from Milwaukee, and the 200-mile journey between the city and the prison limits contact between families and their children.

"When we have the opportunity, because of proximity, to engage the families, I think that will result in better outcomes for reintegrating our youth back into their communities," Wisconsin Department of Corrections Secretary Kevin Carr said during a recent Milwaukee committee meeting about the plans for the site.

The youth prisons have long been plagued by allegations of abuse by staff, as well as instances of violence both directed toward staff and by staff toward youth. The facilities were the subject of a lengthy FBI investigation into alleged civil rights violations.

A December 2022 report submitted by a court-appointed monitor found that many kids at the northern Wisconsin facilities are still being confined to their rooms because there aren't enough staff members to supervise them. As of Oct. 31, 2022, about a third of 19 teaching positions at the schools were vacant, along with more than one-fifth of 94 youth counselor positions, the monitor's report found. The shortage of social workers was most severe, with 75 percent of social worker positions unfilled. The court monitor also reviewed video footage from 26 random school days, and found students weren't physically in the school area on more than half of those days.

Wisconsin has spent over $25 million in legal fees and settlement agreements resulting from abuse and maltreatment at the youth facilities, according to a press release from Gov. Tony Evers. 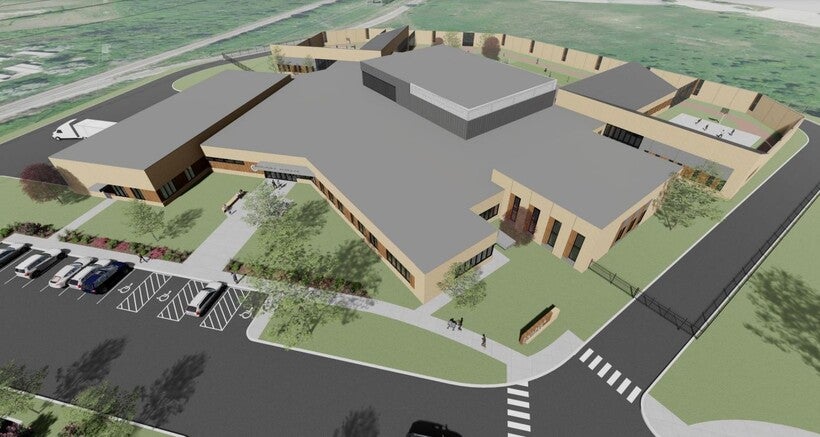 A new Milwaukee youth prison will be completed and open by 2026. Photo courtesy of the Wisconsin Department of Corrections

Site will be ready for occupancy by 2026

Speaking at a Milwaukee Zoning, Neighborhoods and Development Committee meeting, Carr said construction for the Milwaukee facility, which will be for boys only, will be completed by early 2026. But there will be a "transition period" where the youth will be moved to Milwaukee following construction.

"We're going to actually move those kids as soon as we possibly can, once the new facility is open," Carr said.

In 2019, there were over 140 youth at Lincoln Hills, which is defined as a Type 1 secure juvenile correctional facility. That number has fallen by half, with 60 teens now housed there.

The closure of the facilities was ordered through Wisconsin Act 185, which was pushed through by a bipartisan group of state lawmakers in 2018. That act originally called for the creation of three new facilities for youth and the closure of the Irma facilities by January 2021, but the plan languished when state lawmakers failed to fund an alternative site. Officials extended the deadline for closure until summer 2021, but the state missed that deadline, too.

"The progress that we've made so far are just the beginning steps of trying to put into reality the plan that was envisioned by the creation of 185 (Act 185)," Carr said.

"Despite delays in funding and continued obstruction over the past three years, we’ve been adamant that Wisconsin needs to move as quickly as possible to build a new Type 1 juvenile facility in southeast Wisconsin so we can close Lincoln Hills and Copper Lake and get our kids closer to home as soon as we safely and responsibly can," Evers stated at the time of the signing.

A spokesperson for the DOC said the Mendota Juvenile Treatment Center, which is run by the Wisconsin Department of Health Services, is undergoing an expansion that will include space for female youth. That expansion is set to be completed this year.

Construction of the new Racine County Youth Development and Care Center, funded through the same legislation that provided money for the Milwaukee site, began last summer.

DOC says facility will be a fresh start

Staff at the new facility will provide programming, recreational therapy and tutoring help for the youth at the prison.

"What you will see in this facility is very transformative," said Lance Horozewski, the assistant administrator for the state division of juvenile corrections. "Yes, it is still secure. It is still very much serving our highest risk youth, but it's very different than what we have been doing historically in our juvenile justice system."

Horozewski said the facility will provide "the most up-to-date current treatment," including mental health and substance abuse treatment services.

"Being able to get the youth back to the community is really our goal and mission," Horozewski said.

There will be 32 individual rooms, with one person per room. The rooms will be about 110-square-feet, with natural lighting. Most of the youth at the site will likely be high school age, so the facility will continue to offer high school diplomas as well.

"We provide the same curricula that any other school would provide in the state of Wisconsin," Carr said.

Months of debate followed the site's selection last August by the Wisconsin Department of Administration. Many residents voiced objections during a public hearing on Jan. 10. There were also about 45 letters of opposition filed with the city about the plans for the project.

Some residents said they're concerned about the impact on property taxes and a possible increase in crime and traffic. One of those concerned residents is Daniel Jones, who said the new facility will be within feet of his home.

"When I bought my house 17 years ago, this was not what I planned for," Jones said during the meeting.

Jones and others also asked for a delay in the vote, as there's currently no alder representing residents of the district where the site will be built. The next alder for the district will be elected during the upcoming spring election.

"We don't have any type of representation," Jones said.  "We don't have an alderman. And it seems like this is being shoved down our throats in the middle of the night."

Christian Winkel, pastor of Redemption Evangelical Lutheran Church, also lives near where the prison will be built. He said he's heard "strong opposition" about the plans from the community.

"There is a very strong perception, in my neighborhood, and in our community … that that area of the city just gets dumped on," Winkel said.

Following past public meetings with residents, DOC officials made plans to increase security and lighting at the site to address safety concerns.

Meanwhile, Richard Shaw, the president pf Milwaukee Inner-City Congregations Allied for Hope, said he was discouraged some residents spoke out against the plans.

"When we oppose this, we're sending a message to our youth that we've given up on them," Shaw said. "I'm asking those who reside in that community to think about that."

Sharlene Moore, the director of Youth Justice Milwaukee, said she supported a youth inmate at the prison in the past. But she wasn't able to visit them often because of the distance.

"I think there's an opportunity for us to come together and for us to figure out how do we support young people that have had a really, really hard life," Moore said.