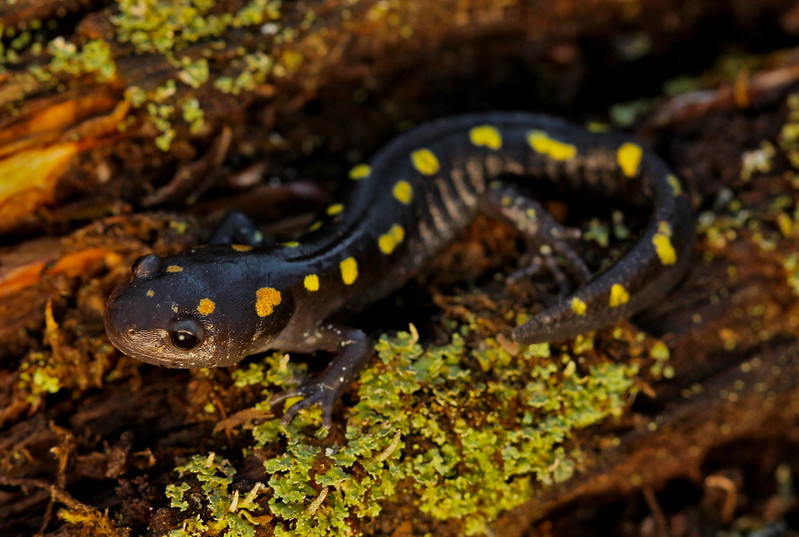 Spotted salamanders are common in Wisconsin. Peter Paplanus (CC BY 2.0)

Wisconsin Is Home To 12 Species Of Frogs, 7 Species of Salamanders
By Elizabeth Dohms-Harter
Share:

About a quarter of Wisconsin's amphibian species have already laid their eggs in ephemeral ponds and wetlands, and a recently published guidebook can help both professional and citizen scientists with identification.

Gary Casper, owner of Great Lakes Ecological Services, is an associate scientist with the University of Wisconsin-Milwaukee Field Station and an adjunct professor at UW-Green Bay. He co-wrote the "Field Guide to Amphibian Eggs and Larvae of the Western Great Lakes."

The book is a waterproof guide that covers 14 frog species and nine salamander species, with colorful pictures of egg masses, tadpoles and adults for each.

"Now's a great time to go into the pond and look for eggs," Casper said.

The Midwest Partners in Amphibian and Reptile Conservation and the Wisconsin Wetlands Association partnered to create the guidebook.

"There's a lot of good technical information," said Katie Beilfuss, outreach program director for the Wisconsin Wetlands Association. "But the photos and the keys, the little guides that help you determine what you're looking at, are also very accessible to people who are interested in this kind of stuff and wanting to learn more."

In Wisconsin, there are 12 species of frogs, including the American toad, and seven species of salamanders. 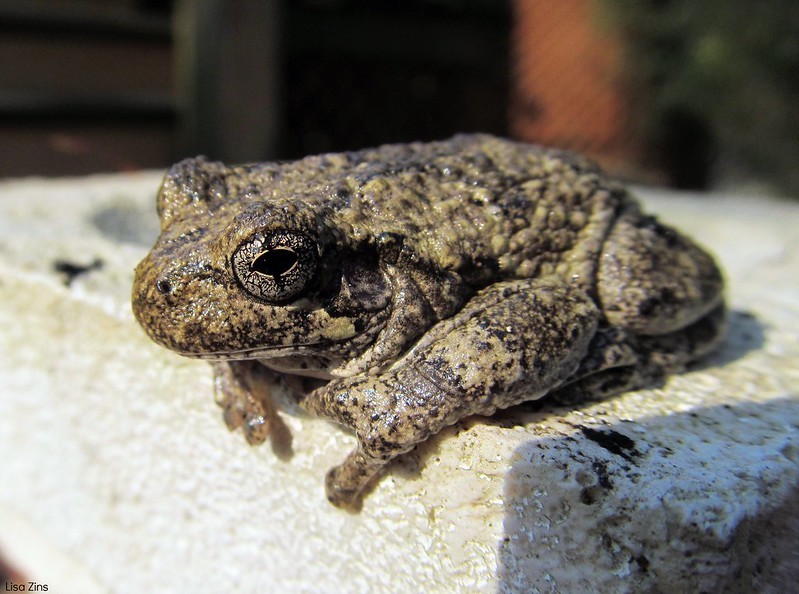 Blanchard's cricket frog is endangered and two other species, the mink frog and pickerel frog, are labeled "special concern" by the state Department of Natural Resources and are being watched closely for signs of endangerment.

Casper, who's been studying amphibians for several decades, said they're particularly interesting because they rely on multiple habitats to complete their life cycles. They'll often breed in wetlands and spend the rest of their lives on land.

He said the prevalence of amphibians in wetlands can help scientists and wetland conservationists get a sense of how healthy the landscape really is. One of the reasons for creating the guidebook, he said, was to help people get familiar with what the early stages of amphibian life look like.

"It's often real important to understand what amphibians are in the wetland, because that's an indicator of how well you're doing on preserving the habitats," he said.

Beilfuss pointed out that in many cases, amphibians in Wisconsin rely on ephemeral ponds that are very shallow and eventually dry up as the year goes on and it gets warmer.

"Sometimes these areas are overlooked on the landscape and people don't think about them as being wetlands, but they are, and they are super important to our amphibians," she said.

Beilfuss said more development in recent years has limited where amphibians can go.

Casper said in dry years, amphibians are concentrated in the remaining water areas, "so it's all that much easier to go out there with this guide and find their eggs," he said. 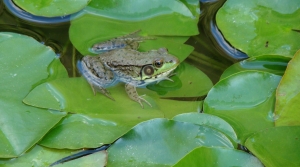 To celebrate American Wetlands Month we take a look at amphibians living in our state. We also talk about a new pocket field guide that will help you recognize their eggs and larvae.