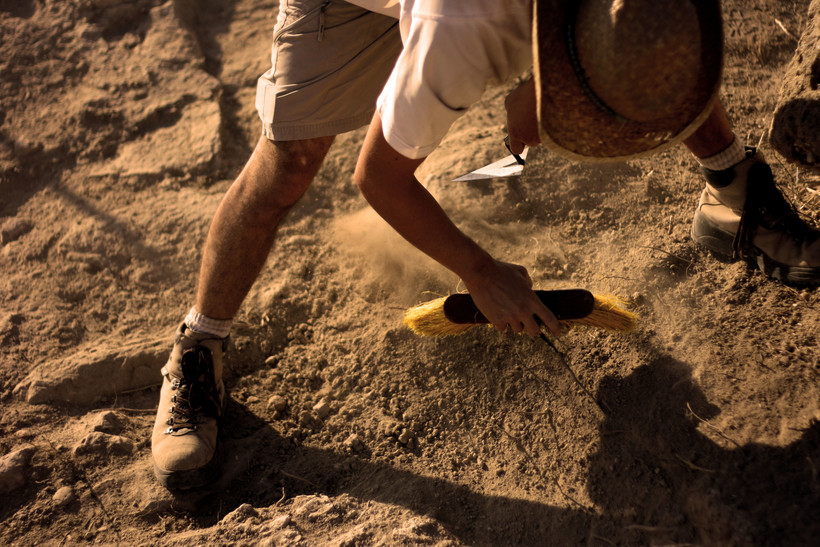 In addition to the trowels, screens and hand brooms already on-site, Marilyn Johnson added her own tools of discovery to the field of archaeology: pen, paper and interview.

The journalist embarked on a project to work alongside archeologists in muck and mire of swamps, ancient landfills, volcanic islands and other dirty places in the Mediterranean and Caribbean, in order to excavate the lives of the people who strive to solve the puzzles of the past. As she sifted through the lives of contemporary archaeologists, it became clear to Johnson that the driving force for people in the profession isn't the money, prestige or working conditions. Rather, it’s a passion for the stories that would otherwise be buried and lost.

“I think archaeologists are driven by curiosity about what lies hidden and what kind of unfiltered history is buried underground or under the oceans,” she said.

As the landscapes receded under Johnson’s feet at excavation sites, stories slowly emerged about Ice Age hunters, soldiers of the American Revolution, Chinese woman warriors, sunken fleets and mummies. Johnson said she marveled at the ability of archeologists to take these pixels of information and extrapolate a larger picture or history.

“I was just fascinated by these people who can look at the landscape and see not just what’s there, but can imagine what it was like 10,000 years earlier,” she said.

Johnson details more of her findings about modern-day archaeology in her new book, “Lives in Ruins: Archaeologist and the Seductive Lure of Human Rubble.”