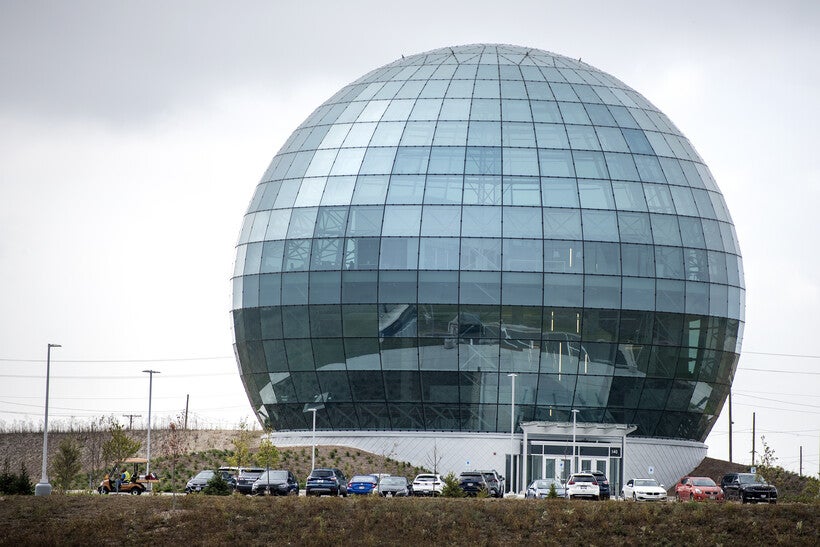 Cars are parked near a globe at the Foxconn campus Wednesday, Oct. 6, 2021, in Mount Pleasant, Wis. Angela Major/WPR

'Foxconned' examines the fallout of a project that remains unfinished
By Melissa Ingells
Share:

When Taiwanese mega-manufacturer Foxconn promised to build a huge TV screen plant in Wisconsin in 2017, residents and politicians hoped it would do great things for the local and state economy. Four years later, that simply hasn't happened. 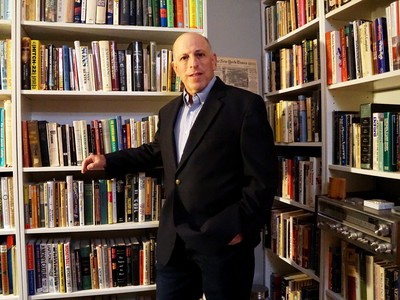 Madison author Lawrence Tabak has written a book called "Foxconned," which came out this month. It examines not just what happened in Wisconsin, but in other places where companies promised projects and jobs that never materialized.

Foxconn isn't the only abandoned business venture in the Midwest

Lawrence Tabak: I became intrigued with the Foxconn story right from the beginning. Partly because it was a big national story, really in our backyard here. Secondly because, as a Wisconsin taxpayer, I was interested in and concerned about the amount of taxpayer money that was being devoted to this project. And I had previous background writing about somewhat related topics on economic development and the economic impact studies that help power them. I had done a story for The Atlantic, for instance, on a similar topic.

Melissa Ingells: The book doesn’t just tell the story of Foxconn in Wisconsin, though. You also dig into some stories behind other Midwest ventures that were promoted as being good for the communities, they got incentives paid for by taxpayers, and then nothing, for the most part, except a lot of debt for municipalities. Why does this keep happening?

LT: Well, that’s really one of the key things I wanted to explore, and what makes this story more than just a Wisconsin story. It’s really a national story.

You see, during the Foxconn deal, there were numerous states that were eager in bidding to try to get Foxconn to build a plant in their jurisdiction. But the question of why these deals get hyped and passed through legislatures is really a fundamental question in the book and it’s a complex one.

But in short, there’s a lot of institutionalized incentives that have been created and have developed over the years which help explain why these things keep getting done. Another example would be the Amazon headquarters which was a big story a year ago. 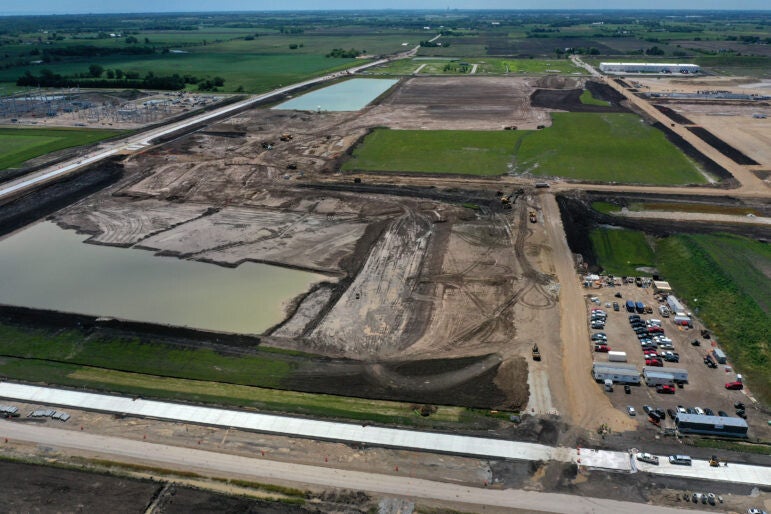 MI: One of the things that really hit me was that people were forced out of their homes so Foxconn could be given their land. And it seemed like the government aided the business and not the residents, and now, nothing has happened. It seems like it’s all happened for nothing. Doesn’t eminent domain protect people from that kind of thing?

This isn’t really a politicized issue, but eminent domain laws can be widely interpreted as they were in this case. And they were used as leverage to drive people off family farms that were multi-generational and out of homes that were sometimes just recently completed. And the technique for doing that was to declare the entire region "blighted," which makes it sound like some sort of decrepit slum when it was actually a beautiful little area with well-kept rural homes. In fact, all but one of them in this area have been bulldozed and no longer exist.

MI: Are there any consequences for a company like Foxconn that doesn’t deliver on what they said they’d do? Isn’t there some kind of contractual obligation to do what they said?

LT: Not exactly. One of the things you’ll hear is that a lot of the incentive money that was in the headlines was linked to job development. So in fact, Wisconsin hasn’t had to shift hundreds of millions or billions of dollars to Foxconn, because they didn’t come through with the jobs that would have triggered those incentives.

But in terms of Foxconn, I think they came out of this pretty well. They own over 1,000 acres of pristine Wisconsin land. They have free access to Lake Michigan water on their property. They have hundreds of millions of dollars of electrical infrastructure that was built and charged to users across the Midwest. So, even if you live in, say, Madison, your electric bill is reflecting a bit of that cost. And there’s no sort of direct penalties that are assessed to a company like Foxconn that reneges on their promises. 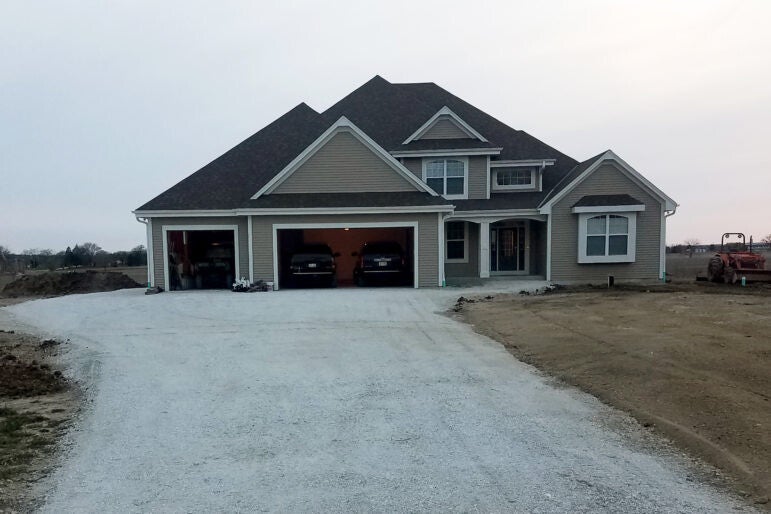 On May 15, 2017, Shawn and Sarah Mayer of Mount Pleasant, Wis., and their two young children moved into a custom built, 3,800-square-foot home. One month later, they found out Foxconn was coming. The couple sold the new home and 8 acres of land to the village to make way for the project. Photo courtesy of Shawn Mayer

What's the future of Foxconn in Wisconsin?

MI: What are your thoughts on why Foxconn is still in Wisconsin? Nothing is still happening. Why?

LT: The question that you raise on why Foxconn is still there is multifaceted.

One reason is that they own the land. It was deeded to them. So they’re there for the long haul. What they do with that land is still up in the air.

Especially from the state point of view in that the legislation that former Gov. Scott Walker pushed through includes an obligation to back the municipal bonds that were issued to build that infrastructure. So that there’s a 40 percent moral obligation to the taxpayers of Wisconsin, to cover the local municipalities if they’re unable to pay those bonds off. So there are some incentives to keep the project going at whatever level is possible.

MI: So if they declare, "this is dead," suddenly the state is on the hook for the bonds that the locality took out.

LT: It’s quite likely that the municipalities will not be able to pay those ongoing debts without state support if they get nothing from Foxconn. Right now Foxconn is contractually obligated to pay a minimal amount of property tax each year regardless of what they build. It remains to be seen if they’ll honor that contract, but that’s what’s on paper.

MI: Are you anticipating blow back from writing this book?

LT: Well, I don’t know. I mean, Foxconn itself is notoriously reticent about any kinds of public statements. So, I don’t really expect much from that quarter. The municipalities that are involved have been under scrutiny for a long time, so I don’t think it’s news that they’re a bit in trouble. So, we’ll see.

I hope that the result is not personal retribution of any kind, but a reexamination of these basic premises and institutions that make this kind of project happen. Because this is not an isolated incident. It’s just a big one that got a lot of attention. But every day there are smaller projects of similar ilk being done all across the country.