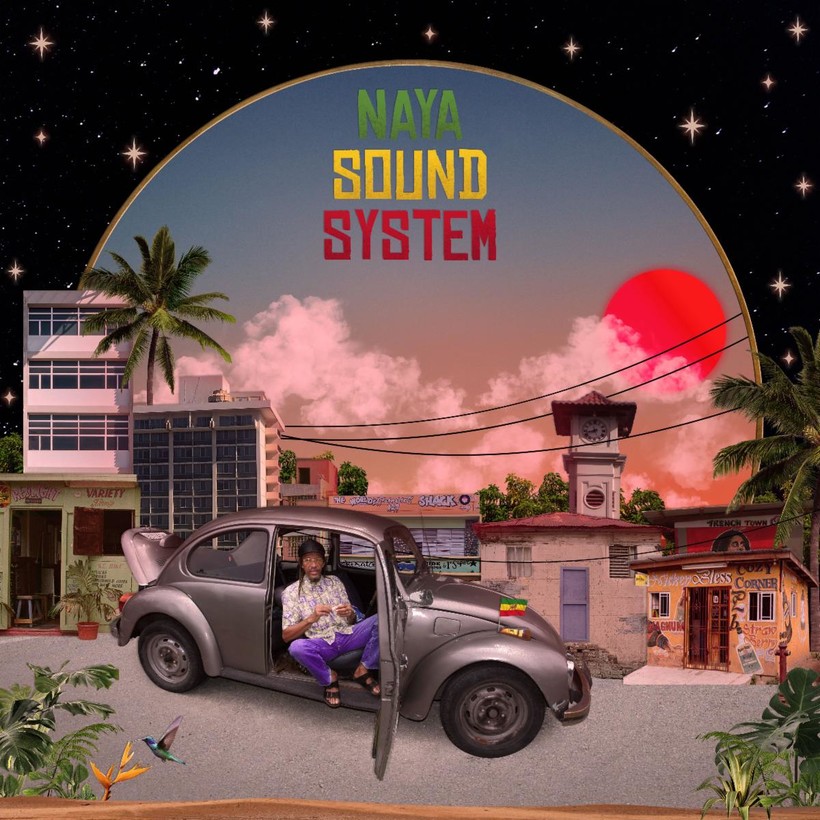 The Naya Rockers Announces the Re-Master of Their Hit Album

Naya Sound System
Newly Remaster Album Due Out On October 14th!
(Boston, MA) – The Naya Rockers are back with a remaster of their much-loved 2014 studio album, Naya Sound System. It features plenty of good vibes, irresistible riddims, and star collaborations across its nine tracks. Naya Sound System is due out Oct. 14thand will be available everywhere you stream music. Pre-save and download here: https://ffm.to/nayasoundsystem_pr
Naya Sound System first came about when Nathan Sabanayagam, drummer and one half of the Naya Rockers duo, started traveling to Kingston, Jamaica in 2004. With riddims recorded from his band back in Boston in hand, the idea was to collaborate with other musicians. The seemingly simple idea expanded into a two year journey with home base becoming a rented room in Havendale. After spending several years meeting local artists and becoming familiar with Jamaica’s reggae scene, Nathan put together a short list of stellar artists ready to lend their voices and talents to the album. But by this time the band in Boston was no longer interested in the project thus he needed new riddims. Nathan recalls, “This left me in a tough situation, with many years invested I had to take matters into my own hands. I took the vocals I recorded and produced new riddims to match and out of this remix process was born Naya Sound System Vol. 1 released back in 2014.” He continues, “Almost a decade later, I have remastered the record for release. A dub remix by the Mad Professor of Reggae Train and other versions to follow.”
Naya Sound System is 9 songs deep that catalogs that time in Nathan’s life. “The new release/re-release is a look back for me, a reflective moment where I can revisit my early work and see where I have been,” said Sabanayagam. “As a fan and dedicated student of reggae, I have gone to the source and have been fortunate enough to drink from the well,” he added.
While in Jamacia recording the record Nathan met legendary musicians, worked at legendary venues, record labels, and recording studios. Nathan recalls, “The first track I voiced was Babylon Stress at Tuff Gong during my second trip down.” Among the other legends were the likes of Kiddus I, Mikey General, Frankie Paul, Big Youth, Errol Dunkley, and Johnny Clarke. He worked around the clock recording their voices using a portable rig in hotel rooms, the artists’ homes, and his own makeshift production base in the rented room in Havendale. One frequent haunt was the veranda in the home of guitarist and producer Earl “Chinna” Smith.
“In Jamaica, you record where the music is, and ‘Chinna’s Yard’ has music flowing 24 hours a day,” said Sabanayagam. “This is also where I would eventually be doing most of my production work in Kingston. Having an MBox, ProTools, and a laptop, I was able to capture recordings wherever I was.”
He continues, “Most of the tunes were written on the spot, a chorus would form and we would work from there laying out the arrangement for the verses to fit in between. Lyrics were worked out over the riddim then written on paper or in the case of Frankie Paul who was blind just straight from his head into the mic. We could finish writing the song and recording all vocals including harmonies, lead and adlibs in 3 hours.”