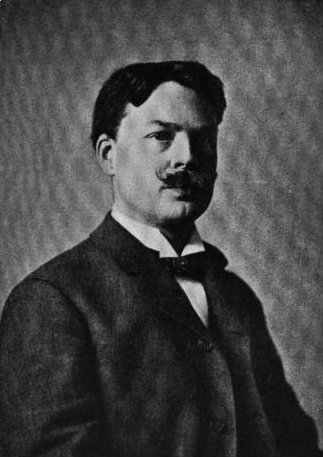 Although American pianist and composer Edward MacDowell would soon come to grief in his dealings with administrators at Columbia University, he had a strong rapport with his students, in part because he broke down the barriers of formality.

Perhaps the same shyness that made MacDowell a reluctant performer was behind the informal approach to lecturing that caused many at Columbia to view him with suspicion. At the close of the nineteenth century, one of his students was John Erskine, who went on to become an influential educator and author. He recalled that MacDowell was likely to start an hour’s lecture not by reading at a lectern, but by leaning against the piano and speaking without notes.

Sometimes a class would begin not where the previous one left off, but with some musical problem that he had just come across, and yet, like his piano pieces, the lectures seemed spontaneous, but were actually planned out in such detail that he later published many of them.

Another student was Upton Sinclair, who would soon become famous not as a musician but as an investigative journalist and advocate of social reform. He remembered that in his general music culture lectures MacDowell sometimes had trouble coming up with the right words, that the ideas would come out jumbled and end with a gesture of futility.

Sinclair made a habit of staying after class to dig out the meaning of what MacDowell had in mind. One day he dared to suggest a natural solution to MacDowell’s communication problem, “You are not a man of words,” he said. “So why do you try to lecture in words? You ought to play us the music and talk about it before and after.”

MacDowell took him up on the suggestion, and before long the class consisted of the students listening to MacDowell play the piano and then asking him questions about the music.