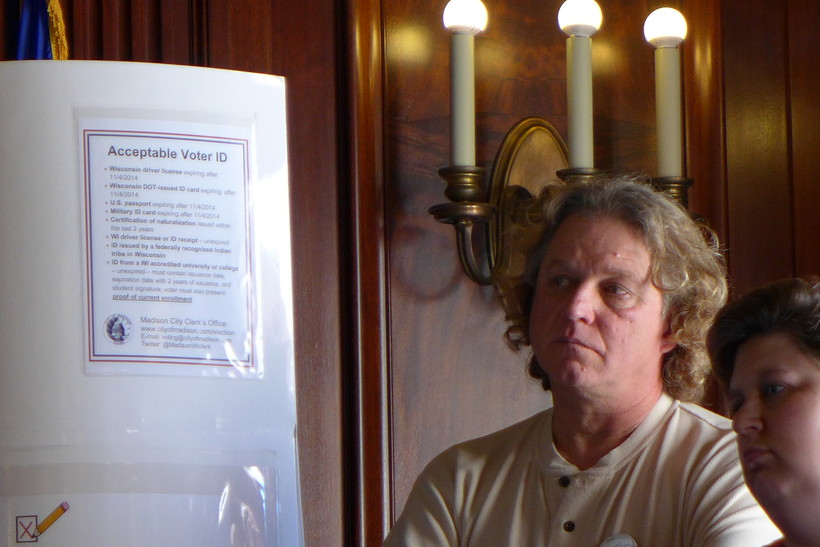 Steve Pacewicz was able to cast a ballot in last month's primary after getting the necessary documents with the help of a national group known as VoteRiders.

A national group that sprang up in response to the growth of strict voter ID laws around the country is teaming up with volunteers in Madison and Dane County to help residents with Wisconsin's own requirements.

It appears that many residents in the area are confused about the voter ID rules: Madison's city clerk says 98 people did not have the needed photo identification during the spring primary last month.

The organization known as VoteRiders is now trying to help people in Dane County better understand the law and get the documents they need to vote. It says it will even pay for cab rides to the Department of Motor Vehicles if necessary.

"Trained volunteers will be at events, at businesses, at schools, at food pantries, at employers throughout the county offering assistace," said Molly McGrath, the national campaign coordinator for VoteRiders. "We're going to make sure that every eligible voter has the necessary ID to vote."

VoteRiders helped Steve Pacewicz when he had trouble getting ID needed to vote. Pacewicz had lost his drivers license, and couldn't afford the $14 replacement. He tried to get a free state ID to use at the polls until he could replace the license, but was unable to, since the DMV doesn't allow people to have both a license and state-issued ID at the same time.

VoteRiders paid to replace the driver's license, and Pacewicz said he did vote in the Feb. 16 primary.

Dane County has budgeted $40,000 to help with the voting effort. Some of that money will be used to pay for cab rides to the DMV, so people can get the necessary documents to vote.