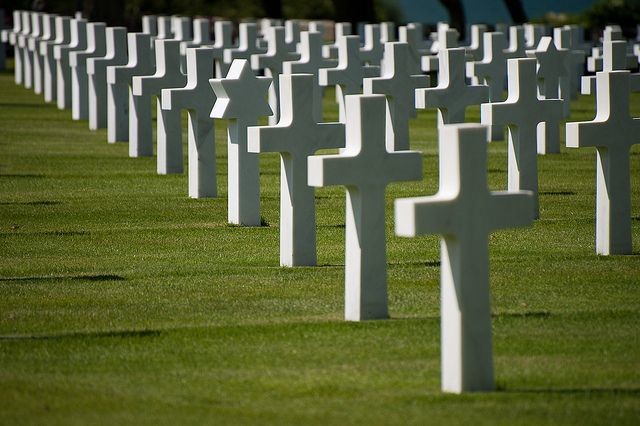 Music can be a powerful way to evoke emotions and doubly so when the piece reflects on the sacrifices people made for their country.

With Monday's Memorial Day rememberances fresh in mind, Stephanie Elkins, a folk and classical music host at Wisconsin Public Radio, said that music has been used to reflect on the losses and heroism from many different conflicts, and by diverse groups of people impacted by war.

One song that Elkins said she finds especially powerful is "No Man’s Land," by singer-songwriter Eric Bogle. She said that as an Australian, he brings a different perspective to World War I and the tremendous loss of life on battlefields so removed from his homeland. Bogle was inspired by a visit to a military cemetery in northern France.

"There's no question that this one is an angry song about the deep loss of life from World War I," Elkins said.

She said that Bogle spoke about writing this particular song and how despite the beautiful pastoral setting of the cemetery.

"He didn't feel the peace that you would normally feel in a place like that. In fact, he felt like he was sensing anger and frustration, and that's what led to the inspiration for this song," she said.

Generation after generation of Native Americans have served in the military in the highest numbers proportionally of any other ethnic group in the U.S. Elkins shared a recording of the Ho-Chunk service song performed by the Wisconsin group, Winnebago Sons.  Elkins said that there are versions of the service song for each of the four branches of the armed services, and that they are performed each year on Memorial Day at pow wows in the Black River Falls area.

"It's a ritual," Elkins said, adding that as each branch's song is played, those who served get up and join in the dance.

"(The Ho-Chunk) have a tradition that having come into contact with blood and with death, that they're welcomed home with these songs, or songs and kind of celebrations and ceremonies. They're sort of a spiritual cleansing and healing, and they at the same time honor those who have fallen in battle," Elkins said.

She shared other pieces, both contemporary and classical, that are appropriate for commemmorating Memorial Day: