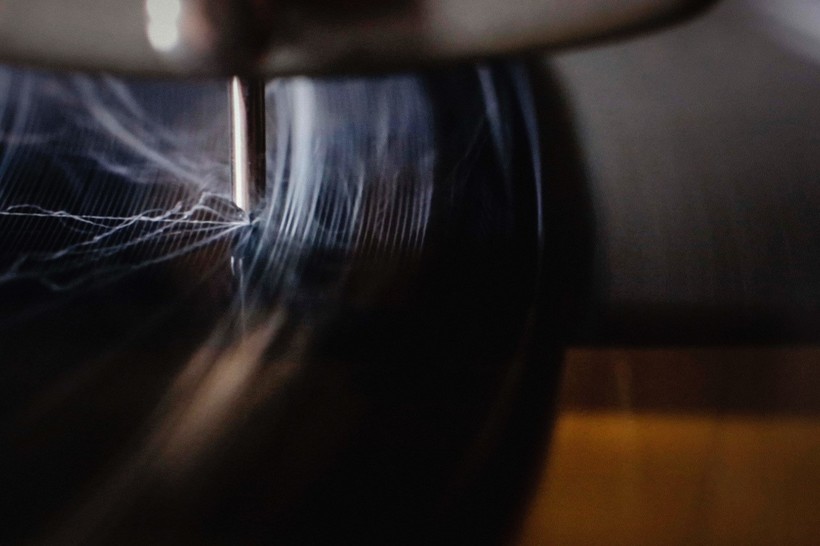 'Music On The Bone': Examining Forbidden X-Ray Records Of The Soviet Union

In Cold War-era Russia, to battle back against the state-imposed prohibition of banned music, entrepreneuring Soviet citizens would enjoy bootleg versions of outlawed music published illegally onto used x-ray films.

Stephen Coates is a musician and editor of the book, "X-Ray Audio: The Strange Story Of Soviet Music On The Bone." After coming across an X-ray disc in St. Petersburg, Russia, Coates went on a journey to retrace the roots of this incredible story of "Roentgenizdat."

Coates said that there's still much that isn't known about how this illicit practice began. 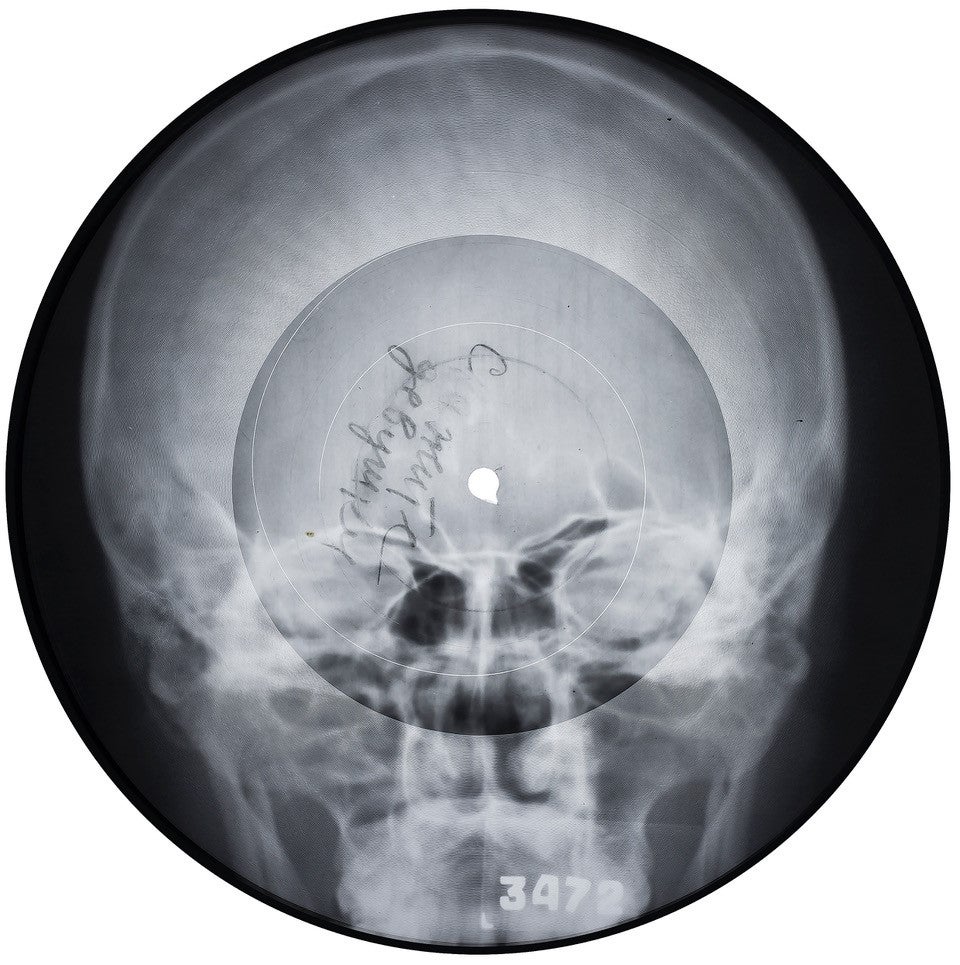 "We don't really know who invented this technique," said Coates. "Maybe one of those things that sort of simultaneously arose in various places. But they used it with a vengeance in Leningrad (as St. Petersburg was then known) because, of course, it was easy for them to get hold of used X-rays from hospitals. The government had said all hospitals had to get rid of their X-rays after one year because at that time, they were flammable, they were a fire risk. So, the people who work in the hospital have got this job of getting rid of all this slippery, flexible stuff and these guys will turn up at the back of the hospital in the evening with a few rubles and a bottle of vodka and they'll take it off their hands. And they used it as a blank recording medium."

The records were grooved for 78 rpm, hand cut, single-sided, were of very low quality and could only hold three to five minutes of music, which usually meant one song. Mythology has it that the spindle hole was often burned by a cigarette. And of course, each featured its own unique image of suffering.

"(The) most common image you will see is the rib cage, sternum," said Coates. "And in fact, in Russia, older people who knew about these records often called it 'music on the bones' or 'music on the ribs."

That's because very commonly, you had these pictures of people's chests and rib cage and the reason is, is that in the '40s and '50s, probably later, everybody in the Soviet Union had to go and have their chest scanned to see if they had tuberculosis. So, these records in a way say something about the health of the people of the time too."

Even with poor audio quality and a short shelf life  — some records were unusable after a few plays on the gramophone — X-ray discs were still immensely popular as they featured forbidden Western hits from jazz and later rock-and-roll, including Bill Haley's "Rock Around The Clock." A black market emerged. 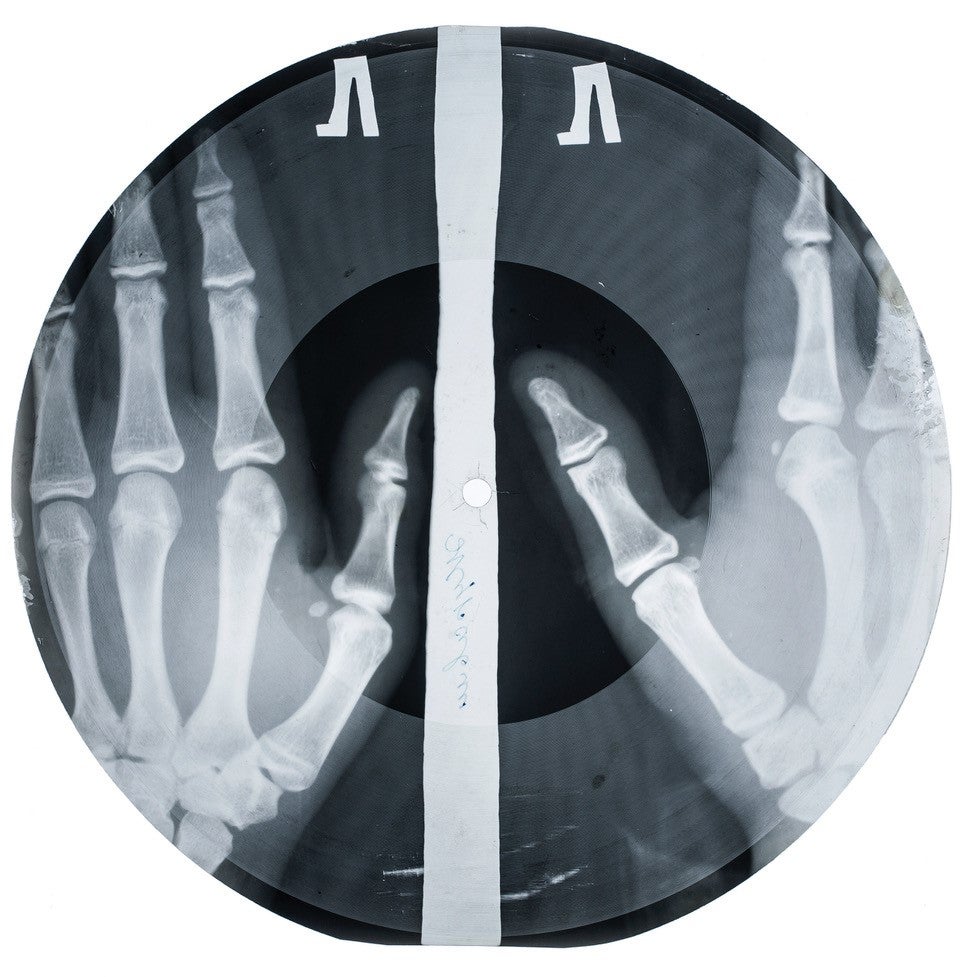 Coates said he considers the risk that many took to enjoy something we access so instantly and freely now.

"X-ray records were made at a time when music mattered so much that some people were prepared to go to prison for it. We live in a time where we got infinite access to music and that's amazing and I love it, but have we lost something at the same time," he said.

Listen to an X-ray recording of Bill Haley's "Rock Around The Clock":