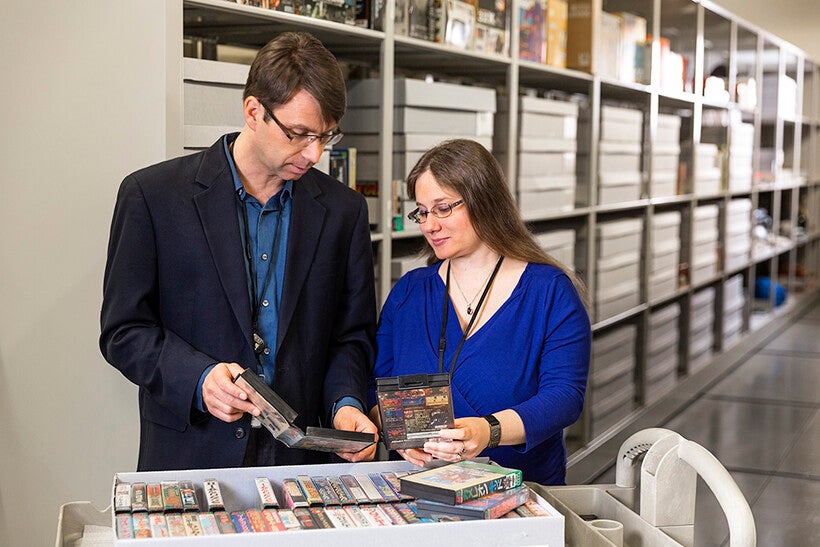 Jon-Paul Dyson, director of the International Center for the History of Electronic Games, and curator Shannon Symonds examine a collection of Japanese video games. Photo courtesy of The Strong, Rochester, N.Y.

Some Can Be Played With Other People, Helping To Lessen Isolation
By Elizabeth Dohms-Harter
Share:

Fifteen years ago, Jon-Paul Dyson might have been one of the first people to notice the giant chasm between the worlds of video gamers and non-gamers.

Dyson, director of the Strong Museum’s International Center for the History of Electronic Games, said smartphones began to bridge that gap by turning players of smartphone games such as "Candy Crush" and "Bejeweled" into casual gamers.

Now, the threat of the COVID-19 pandemic is doing its part to turn the world toward a screen, not only as a form of respite, but as a way to communicate with other players.

"It's interesting to see as society changes, especially with social distancing and quarantining, how going to video games has been not only a respite for people, but often in some ways a way to stay in touch with others," he said.

Dyson said video games provide a nice escape because when we enter that world, we get to control our own destinies. Games that immerse a player in an alternate world make it easier to forget about what's going on in the world around you, he said.

"That can be a wonderful relief," he said. "If you're going and slaying monsters or something, it's hard to think of whether or not you have enough toilet paper at home."

He said in the same way that novels and films dominated the 19th and 20th centuries, video games are the most consequential of the 21st century.

So, if you're trapped inside and looking for new games to play, Dyson said to start with your phone and look for games that capture your interest.

"The phone is a good route to getting a game that you can jump into quickly, as opposed to maybe a console game which requires more investment," he said.

Dyson provided some insights on a few games he recommends new gamers try on for size. This has been lightly edited for brevity and clarity:

Chess.com — Just about every traditional board game — such as cribbage, "Uno," "RISK" — has an online portal. Chess.com matches a player with an opponent at their level, either a computer or (even better) human players from around the world (their country's flag appears next to their name). You can play on your phone, tablet or computer.

Florence — In this touching smart phone title, you chart the arc of a woman’s romantic relationship by tapping and swiping your way through the game using gestures and interactions that feel intuitive and natural. It’s a surprisingly moving experience.

Jackbox Party Pack — It’s more fun to play together! With these giggle-producing party games from Jackbox Games, the creator of "You Don’t Know Jack," everyone plays together on their phones while the television shows the results. Not together because of social distancing? There are now versions that allow you to play remotely.

"Gang Beasts" — Fighting games are among the most popular of video games. This offers a fun and silly variation that’s available on a wide variety of platforms. Imagine it as Gumby engaged in a WWE match and you’ll begin to understand why this will have you laughing as you try to control your character as it flops around the screen.

"Minecraft" — Is this a game, a toy, or a hobby? This virtual riff on LEGO bricks is easy to learn but offers infinite possibilities for what you can build. Looking for ideas? Hundreds of thousands of videos on YouTube feature the amazing creations people have made, everything from fantastic castles to reproductions of 19th-century sailing vessels to a scale version of the city of Los Angeles.

Bonus Round: Match games like "Bejeweled" or word games like "Wordscapes" are fun, easy-to-play, and deliciously addictive. The really brave might order an "Oculus Rift" and delight in the music rhythm game "Beat Saber" and the delightfully frenetic multiplayer game "Keep Talking and Nobody Explodes."

Video Games For Everyone 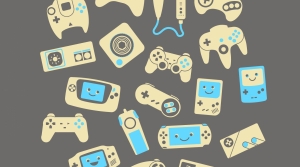 We try to figure out what causes some people to be obsessed with video games, and others to be uninterested. We also talk about some of the most popular video games of all time, and recomendations for someone who's new to the world of gaming.