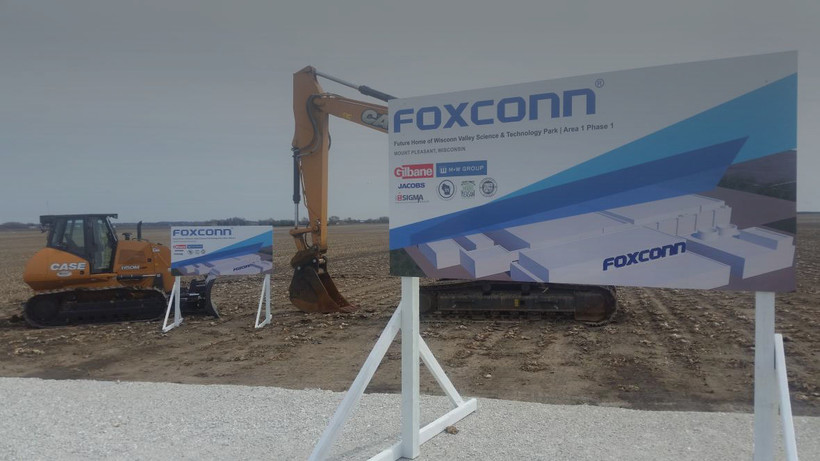 One of Racine County’s largest property owners is selling about 10 acres of land to the Village of Mount Pleasant for the Foxconn Technology Group development.

Borzynski Brothers Properties’ land is the latest acquisition of properties by the village for the massive project. The village is paying the Borzynski family $3.6 million for the land.

"This is at Highway KR and one of (Borzynski's) main operations for corn," said Claude Lois, the project director for Foxconn in Mount Pleasant.

For three generations, the Borzynski family has owned more than 7,000 acres of farmland in four states.

Stefanie Meiri Borzynski did not want to comment on the sale. She did say Borzynski’s iconic Farm and Floral Market on Highway 20 would not be affected by the recent agreement with the village.

With the Borzynski purchase, Mount Pleasant has close to 85 percent of the land that needs to be acquired for the Foxconn project, Lois said. "We only have three or four parcels left to acquire."

Foxconn is planning to build a $10 billion manufacturing campus that is expected to create 13,000 jobs. The special assessment payments will be made on property tax bills over the next 10 years.

The first area to be developed, referred to as Area 1, is a 1,198-acre parcel located north of Highway KR, east of Interstate-94.

Since April, approximately 4 million yards of dirt have been moved on the Foxconn site, Lois said.

A 120,000-square foot, multi-purpose building was recently completed that will be used for warehouse or office space and a 3 million-square-foot concrete pad has been laid, Lois said. The pad will be the site of Foxconn’s first production plant. Construction on that building will begin in the spring, although Lois did not have details on the building.

Foxconn is planning to open innovation hubs in both cities.