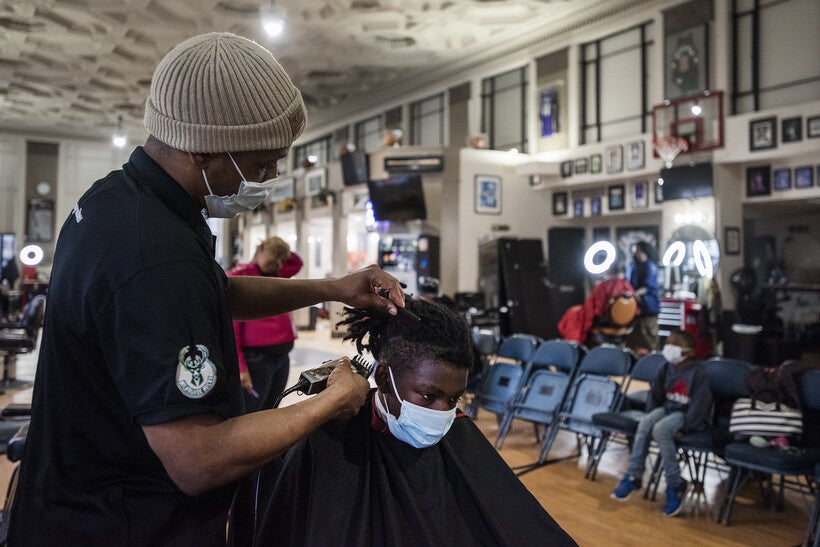 'More history to be made': The decade-long effort to restore Milwaukee's Bronzeville to its glory gains momentum

Like many of the country’s minority neighborhoods, urban renewal programs of the 1960s destroyed much of Bronzeville
By Corrinne Hess
Share:

But, as was the case for many of the country’s minority neighborhoods, urban renewal programs of the 1960s and 1970s destroyed much of Bronzeville. Freeway construction in the 1960s led to the loss of more than 8,000 homes, churches and businesses — scattering the once tight-knit community across Milwaukee. 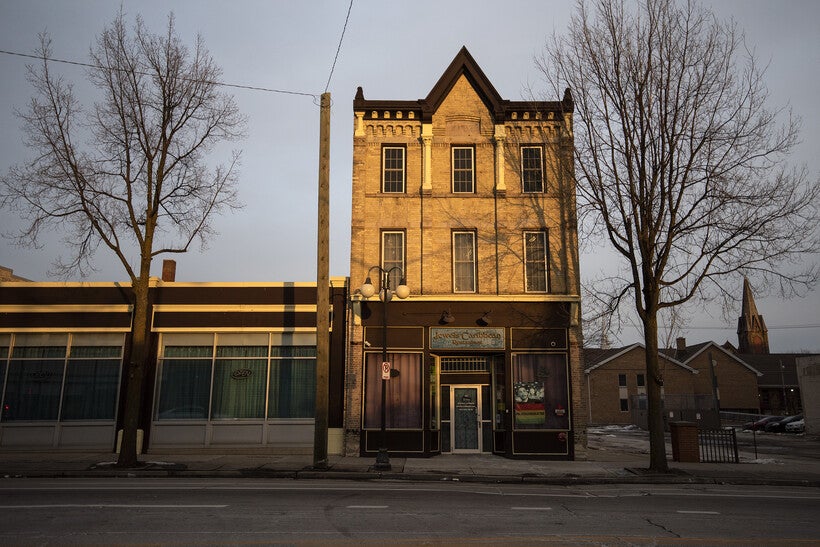 Artist Mutòpe Johnson lived in Bronzeville until he was about 8 years old. Now in his late 60s, Johnson said Bronzeville had everything people needed within walking distance. Until it was gone.

"Ultimately (Interstate) 43 came right past our house, and right through the heart of Bronzeville," Johnson said.

Last Spring, Johnson opened a temporary art exhibit at the University of Wisconsin-Milwaukee detailing what old Bronzeville was like. When he first learned about efforts to redevelop the neighborhood, he was torn.

"There was a little of reluctance, because when you think about a neighborhood that you had memories of and then see drastic change — a lot of people got displaced, you know not because of their own free will," Johnson said.

But over the years, Johnson has come to embrace the new ethnic restaurants, the shops and places like the Bronzeville Collective featuring 25 local vendors.

"What I’ve seen in the last years have really begun to pave the way for a huge improvement," Johnson said. 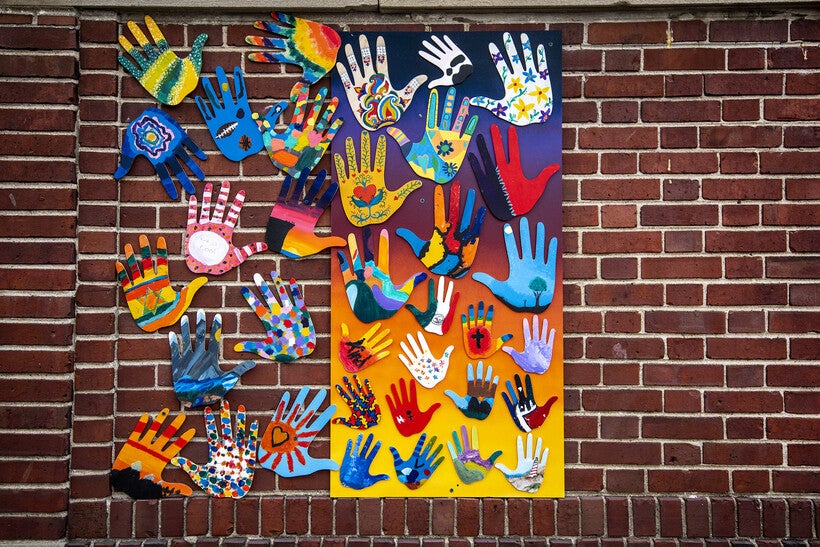 At the heart of the neighborhood is Gee’s Clippers.

Owner Gaulien Smith was one of the first new business owners in the redevelopment of Bronzeville. He opened his shop in 1995 in Sherman Park and moved it to the Bronzeville neighborhood in 2006 at the urging of a client, former Milwaukee Mayor John Norquist. He later moved to a larger location in Bronzeville.

"I guess I am a pioneer," Smith joked while cutting his cousin's hair. "It feels good to see the growth. It’s going to bring a whole new culture too to the area." 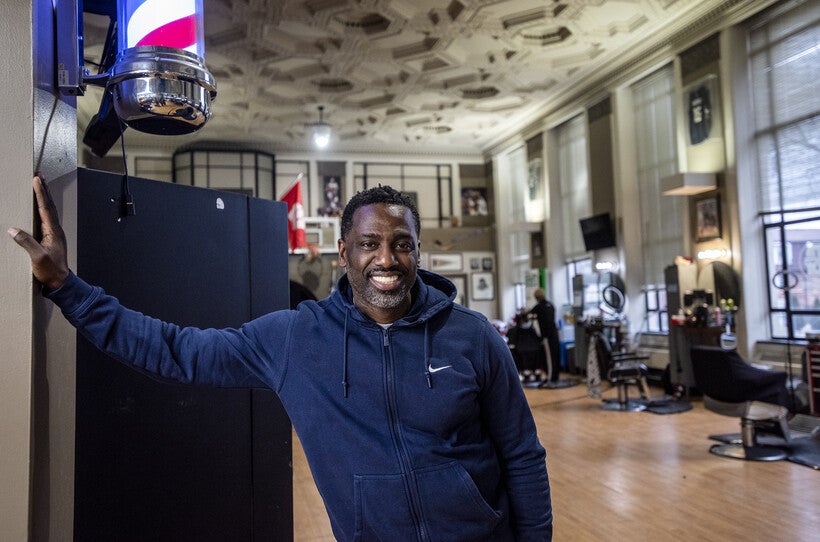 Walking into Gee’s feels like stepping into another time period. The waiting area has 72 chairs from the old Milwaukee Bucks arena, positioned in the middle of a full-sized basketball court. Patrons and barbers rap songs from another era, as hair clippings fall to the floor.

On what is described as a "slow Thursday," about a dozen men and teens are waiting for haircuts.

James Flippin has been a barber at Gee's for five years. He calls it the neighborhood hangout. And it feels that way. 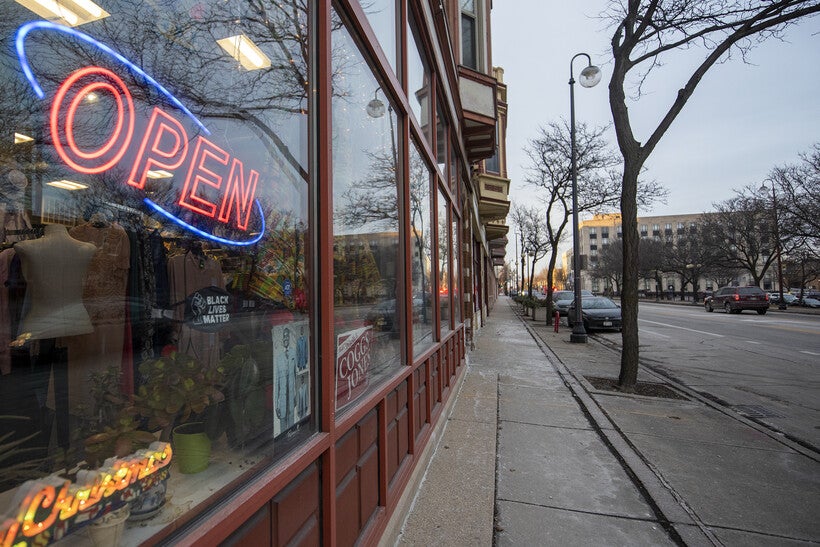 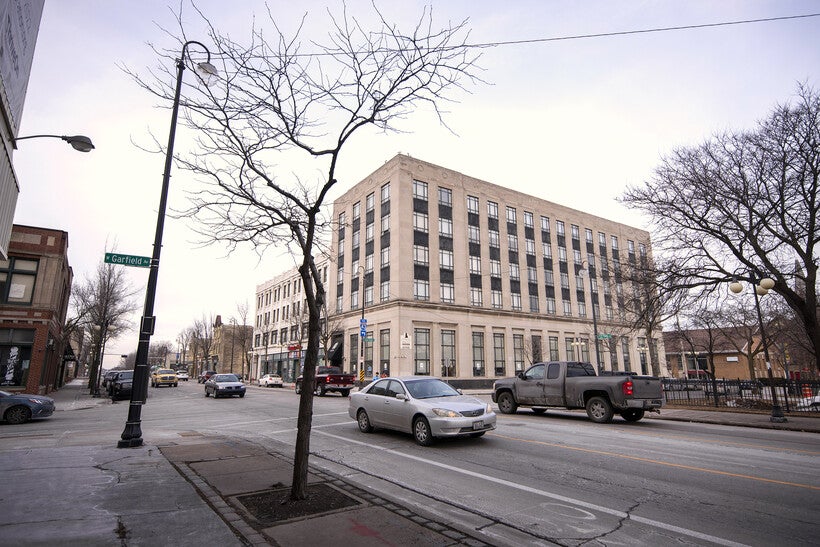 In addition to the smaller Black-owned businesses like Gee’s, there are larger projects in the works for Bronzeville.

A former Schuster's & Gimbels department store building that has been shuttered since the 1970s is being redeveloped for the Greater Milwaukee Foundation and the Medical College of Wisconsin.

America’s Black Holocaust Museum will reopen Friday. The museum was founded by lynching survivor James Cameron. It closed in 2008, two years after Cameron’s death, and has been struggling to reopen since. The new Bronzeville Center for the Arts will also call the area home, after announcing a new building would replace a 3-acre parcel previously occupied by the Wisconsin Department of Natural Resources' Southeast Regional Headquarters.

Della Wells is an artist and vice president of the Bronzeville Center for the Arts Board. She lived in the neighborhood as a child, before the freeway project forced her family to move. 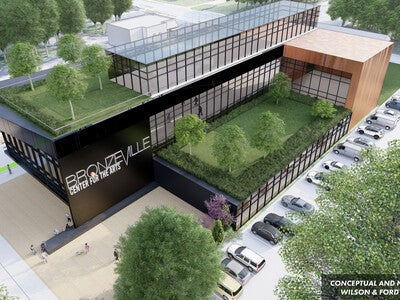 She said over the years, a small group of independent Black artists and writers remained in Bronzeville. The Center for the Arts will showcase these artists and Black culture.

"No one in Wisconsin is really talking about African American Art and art of the Afro Diaspora," Wells said. "By that I mean the history of it. The artists, you know, different time periods. So we’re going to take that mission on."

The decade-long efforts to restore Bronzeville to its glory is gaining national attention. Last month The New York Times featured Bronzeville on its list of "52 Places for a Changed World." The list highlights places around the globe where travelers can be part of the solution.

One of the people working behind the scenes is Deshea Agee. Agee was Milwaukee’s first project manager for Bronzeville in 2007. He later went on to head the neighborhood's business improvement district until June 2021.

He says it's not so much that Bronzeville has changed, but people's mindset about the neighborhood's place in the city has transformed.

"It’s just a place that has so much meaning, has so much history. It really inspires me to just keep going," said Agee who now works for a Black-owned real estate group based in the neighborhood. "I know that there’s more to do. And that there are more stories to tell. And more history to be made with our Bronzeville right here in Milwaukee."