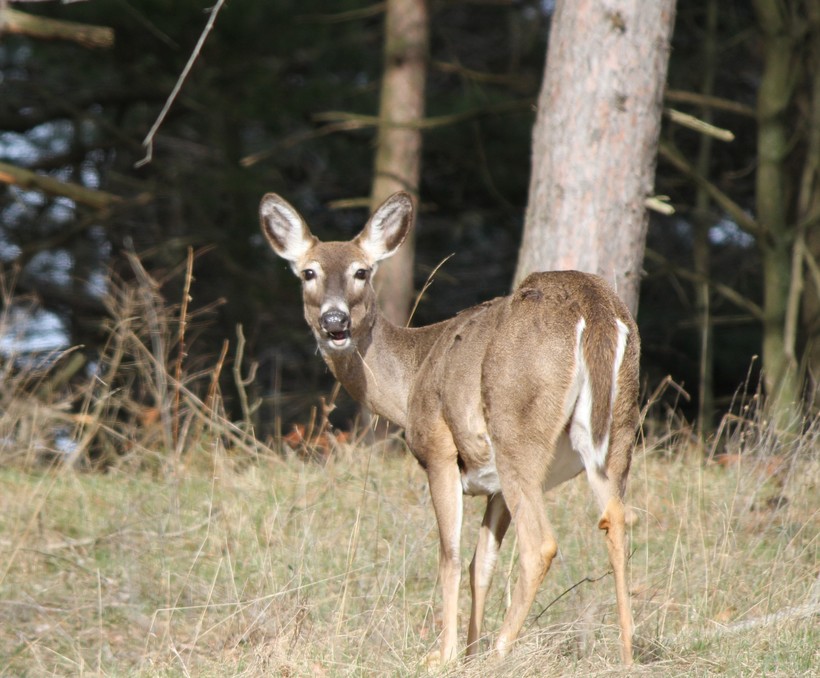 More Deer With CWD Have Some Questioning State's Management Plan

Lawmakers Call On Walker, DNR To Be More Aggressive
By Danielle Kaeding
Share:

More Wisconsin deer are testing positive for chronic wasting disease, according to state figures. But the number of deer being tested is down from years past. The situation has some lawmakers arguing that the governor and Department of Natural Resources should be more active in fighting the problem.

Last year, more than 9 percent of deer sampled tested positive for CWD. But, the state only tested 3,138 deer, down from 5,465 in 2014. That's due, in part, to the state's transition to  an electronic registration system, said DNR Wildlife Management Bureau director Tom Hauge, which meant hunters didn’t have to visit a deer registration station last hunting season.

"This was really a pilot year for us to learn what techniques we need to employ going forward to do our CWD sampling in this new registration environment," said Hauge.

He added that funding for testing has also decreased since the disease was first discovered in 2002 but said the agency will be working on ways to improve the process for CWD sampling in the coming months.

But Democratic state Reps. Chris Danou and Nick Milroy say there's not enough being done to track and contain the disease's spread. The two lawmakers sent a letter to Gov. Scott Walker addressing their concerns about the state’s higher infection rates.

“We wanted (the DNR) to take a hard look at what they are doing and see if there are things we can do to address both the actual spread of the disease across the state, and the prevalence levels,” said Danou Thursday on Wisconsin Public Radio's "Central Time."

Milroy said he’d like the state to return to more aggressive harvests in disease-affected areas.

"After Gov. Walker hired a deer czar to evaluate our system, one of his recommendations was essentially just to let CWD run its course," said Milroy. "For people in northern Wisconsin, we don’t want to see CWD run its course all the way to the shores of Lake Superior."

Speaking with reporters in Appleton Thursday, Walker said the state is committed to a healthy deer herd: "We’re ready and willing to hear their recommendations. They made a call to be more aggressive, but they didn’t give us specifics. If they’ve got specific ideas, we’d be more than happy to work with them or anybody else."

According to the DNR's Hauge, research shows the prevalence and spread of CWD increased during the state’s more aggressive approach to managing the deer herd. The state once used longer seasons, liberal bag limits and sharpshooting for a limited period of time to prevent the spread of CWD.

"We were unable with the level of pressure that we were able to put on the deer herd to reduce that," he said. "It’s an open question whether or not it would have been worse (without aggressive management). That would be the subject matter for researchers to try to answer that question."

He added that public support for the agency’s management approach eroded as landowners and hunters questioned whether those tactics were helping or harming the state’s deer herd.

Danou called on Walker and DNR officials to look more closely at management models being used in other states and said said he hopes that the issue doesn’t become partisan because both Democrats and Republicans have an investment and a long term concern over the health of Wisconsin’s deer herd.

CWD-infected deer have been found in 19 counties across the state.