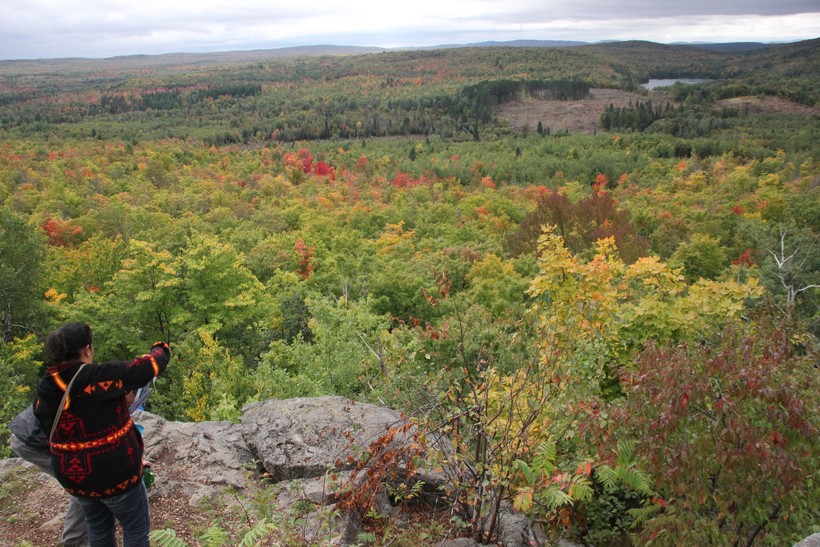 More asbestos-like fibers than previously thought have been discovered in the Penokee Hills.

According to a northern Wisconsin geoscientist, the greatest amount of hazardous minerals are in the western part of the range, including an area that mining outfit Gogebic Taconite planned to develop. Northland College associate professor of geoscience Tom Fitz said there's a roughly nine-mile stretch of the long, slender "asbestiform" crystals. The crystals are a form of mineral known to be linked to mesothelioma, a rare type of lung cancer.

"In the stretch that's in Wisconsin between the western part of the Penokee Range over to Ironwood, the area near Mellen, is the area that has the greatest potential to have the asbestiform variety," said Fitz.

He said the dangerous asbestiform minerals show up in the Tyler Forks River and become abundant in some areas between there and southwest of Mellen.

Differences in geologic heat when the minerals were formed account for the variation in some parts of the range, Fitz explained. Not all so-called amphibole minerals are known to be hazardous, he said — just those that got hot enough to form into the long, slender asbestiform crystals.

"I don’t know exactly where the amphibole disappears in there, but it certainly decreases between Upson and Ironwood," he said, cautioning that it could still be found in smaller veins across the entire Penokee Range.

Fitz said more research is needed to determine what impact mining could have on public health.

In two weeks, around 20 samples from across the Penokees will be analyzed at the U.S. Geological Survey’s Microbeam Lab in Denver. Fitz said the tests will determine the exact minerals in the bedrock.

"Some of these things are dangerous and some are not. It depends upon which mineral it is," he said. "Iron is one of the things that make them hazardous. The long skinny ones in the iron formations are iron-rich, so there’s definitely reason to think that these things would be a problem in the lungs."

Fitz plans to present his findings at an upcoming conference on the presence of asbestos-like fibers in the Upper Midwest in October. The incidence of naturally occurring asbestos has been a growing field of interest among researchers, he said.

Fitz cited a report released by the University of Minnesota on taconite workers in December. The findings of the health study revealed those who spend more time in the mining industry are at an increased risk of developing the disease.

The geoscientist said he may also share early results of soil samples taken from one site within the area that Gogebic Taconite planned to mine near Ballou Creek. He’s begun collecting samples to confirm whether asbestos-like fibers are present in the soil.

"The bedrock isn’t really a risk if it isn’t disturbed, but the soils are much more easily disturbed by traffic. That’s what we really interact with much more on a regular basis, is the soils at the surface. So, we need to know if it’s in the soils, as well," he said.

Fitz said it's unclear whether soils at the site would contain asbestos-like fibers because of past glacial activity in the Penokee Hills.