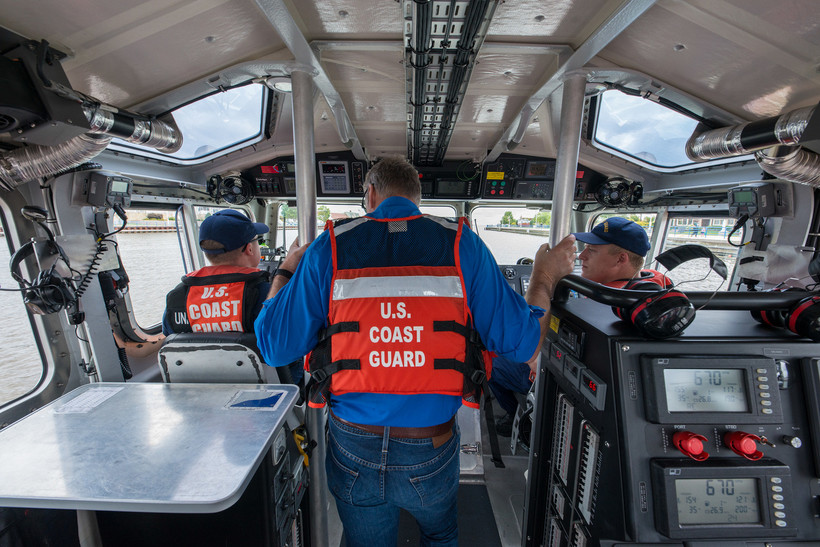 Coast Guard Only Branch Of Military Not Paid During Government Shutdown
By Corrinne Hess
Share:

As the partial government shutdown entered its 11th day Tuesday, members of the U.S. Coast Guard stopped getting paid.

In Wisconsin, that means 362 people working as active duty, reserve and civilian Coast Guard employees received their last check Dec. 31. That is until President Donald Trump and Congress come to a resolution.

In previous federal shutdowns, government employees received back pay once the government resumed, and White House officials predict the same thing will happen this time.

Petty Officer 3rd Class Brian McCrum said regardless of receiving their last check at the end of December, morale is up because Coast Guard members know their job is a necessity.

"If I don’t get paid by (Jan.) 15, it could become more difficult," McCrum said. "But I know I will get paid as soon as they come to a resolution."

For those concerned about making monthly payments for rent, electricity and other necessities, the Coast Guard is providing information, as well as a form letter to send to creditors explaining the situation.

Still, the site reminds members of the Coast Guard that creditors are not obligated to provide relief.

About 800,000 federal workers aren't being paid because of the partial government shutdown.

"They might miss a pay period because the government is shut down, but in the end, even if they aren't working, Congress has decided to pay people for the whole time," White House economist Kevin Hassett told reporters in Washington on Dec. 26. "So, in the end, it's really just a short-term problem, not a long-term problem."

There are about 42,000 active-duty military members in the U.S. Coast Guard. The Coast Guard is the first responder for maritime law enforcement issues. This includes search and rescue, boating safety and security for special events.

According to the website for the Milwaukee Coast Guard — which is responsible for coverage of the western half of Lake Michigan from Port Washington to Wind Point in Racine County — the station conducts an average of 120 search and rescue cases a year and performs approximately 350 law enforcement boardings annually.

"We’re still showing up for work and performing our essential duties," McCrum said. "We’re focusing on the essential missions. Anything that protects life and property and law enforcement duties. It’s really not affecting us as far as our general mission readiness."