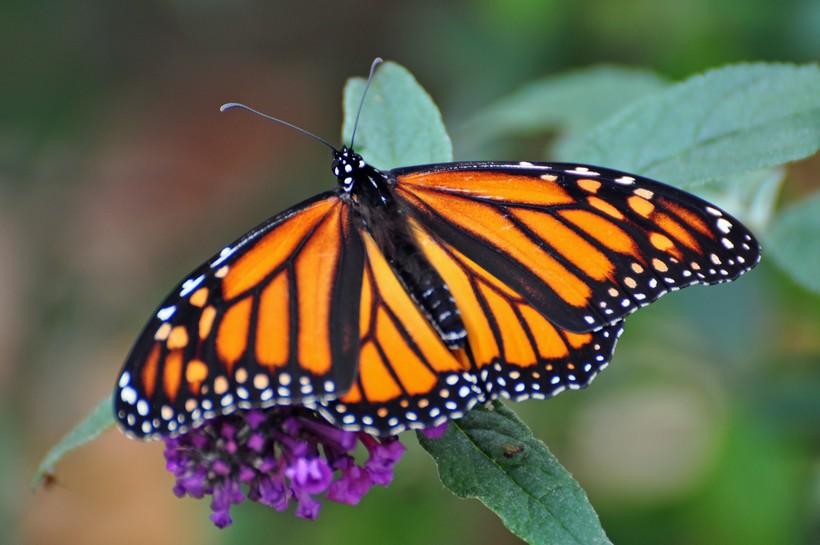 With Monarch Season In Wisconsin, Enthusiast Shares Facts About Butterfly

Monarch Numbers Might Be Down But They Still Appear In Every County Of State
By L. Malik Anderson
Share:

Monarch butterfly numbers might be down, but it still finds a home in Wisconsin from mid-May until late October when it migrates to Mexico, according to a Wisconsin butterfly enthusiast and gardener.

"In 1996, there were about a billion monarchs in Mexico, but since then, they’ve been down to about 35 million," said Jack Voight, co-owner of the Butterfly Garden of Wisconsin. "They increased a small amount last year, but this year I’ve had a lot of reports, even in my own garden, about them being down again."

A large increase in the monarch population doesn't look promising, however, people can still see them while they remain in the state, Voight said.

About four or five generations of monarchs have lived in Wisconsin since they arrived in mid-May, Voight said. Those that haven't mated by late October will migrate to Mexico. Typically, monarchs that have already mated will remain in the state to live out their final days.

"Most people don’t realize that unmated monarchs will fly to Mexico," he said.

In the wild, only about 5 percent of the butterfly eggs make it to adulthood, Voight said. A monarch only lives about two to three weeks after it becomes an adult. It's difficult for many species to have a large population because of predators and diseases.

Monarchs prefer to lay their eggs on milkweed plants, but what ensures a visit from the orange and white spotted butterfly is still a mystery, Voight said.

"The species out in the wild, they don’t come out to see you," he said. "You got to see them."