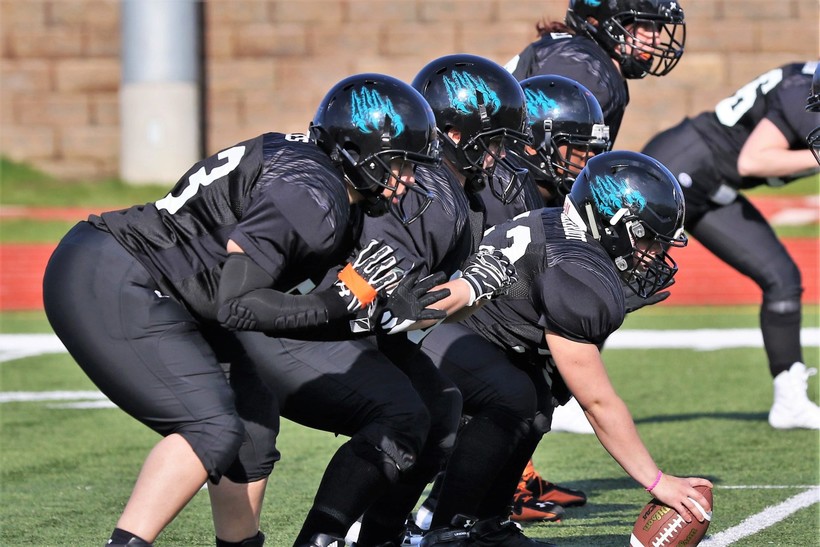 In 2015, West Michigan Mayhem football player Mary Ellen Six met Katie Sowers and her twin sister Liz Sowers on the football field during a Women's Football Alliance game, recalling that much of the strategy for winning the game against the Kansas City Titans revolved around how to stop the Sowers sisters.

Katie Sowers graduated from playing semi-professional football and is now finding success as the San Francisco 49ers' offensive assistant coach. She'll make history on Feb. 2 as the first woman to coach a Super Bowl game when the 49ers take on the Kansas City Chiefs in Miami. 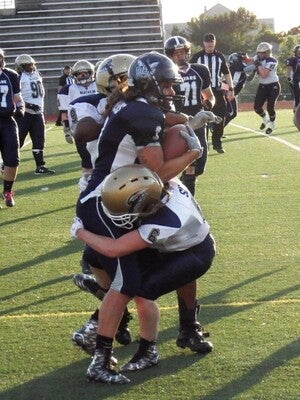 Sowers is one of three women in the NFL with a full-time coaching job whose successes depart from the stereotype that men rule the field.

In the Midwest, Six is bearing witness to another kind of stereotype-busting phenomenon — a growth in the number of women's football teams and leagues across the nation. One that calls players from southeastern Wisconsin and northeastern Illinois is the Midwest Mountain Lions, for which Six is a receiver, defensive back and kicker.

"You're hitting people and you're aggressive and it's in this controlled environment — it's just a rush," Six said of her love for the sport.

The Mountain Lions aren't forging new territory. Wisconsin has been home to numerous women's football teams, including the Madison Blaze, Wisconsin Warriors and Wisconsin Wolves, among many others, for years.

But momentum for the sport persists.

In 1999, the Lake Michigan Minx and the Minnesota Vixen were the only two tackle teams that played in one league, the Women's Professional Football League. That's according to Katie Muller, a kicker for the Vixen.

Six said while numerous leagues and teams have come and gone since then, enough interest has led to 90 teams being established in four leagues that played a total of 345 games in 2015.

"We just simply did not want it to die in this area," said head coach and wife of Six, Snoopy Shuster. "We've got a lot of women who really want to play, and we feel that women really deserve to play." 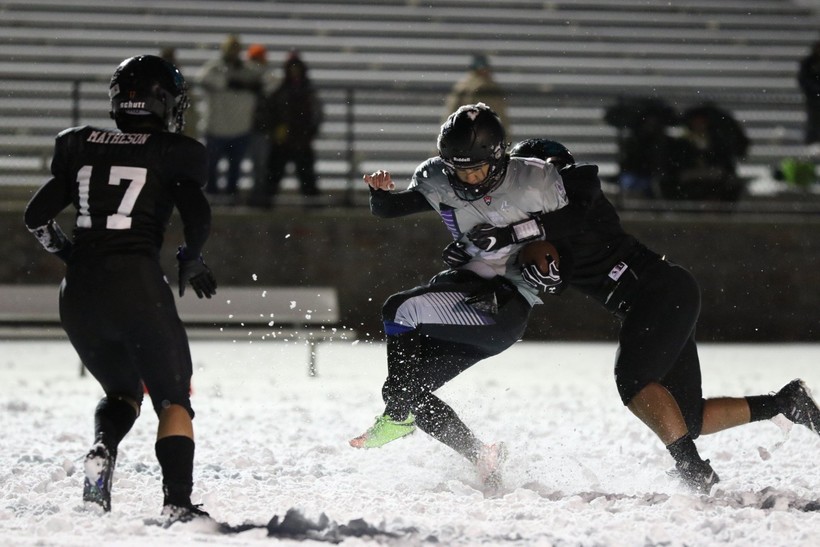 So far, the team has 26 players and is actively recruiting more. Six said recruitment can be difficult because it requires convincing women with other commitments, such as a full-time job or kids, to try out.

Six said some women who want to play are concerned that they lack experience or are unfamiliar with all of the rules.

"I would say to them, 'We'll teach you everything,'" she said. "That's pretty common. Most people on our team haven't played football before. As long as you're athletic and willing to learn, you can do it."

The Women's Football Alliance follows the same tier system as the National Collegiate Athletic Association. The Mountain Lions is a Division 3 team because of its small size. Division 2 teams typically have rosters of 60 to 80 players, however only 45 are allowed to suit up, Muller said. There is no game-day roster limit for Division 1 teams.

Much of the funding for the sport comes out of the pockets of its players, Shuster said, although the league is actively searching for and relying on help from sponsors.

In addition to money, there's a time commitment, too. Shuster said the team practices twice a week, and much of that is focused on football skills and team-building. Outside of practice, the women are encouraged to work on physical conditioning.

The Mountain Lions regular season starts April 4 and runs through May. The team will play five teams around the Midwest. 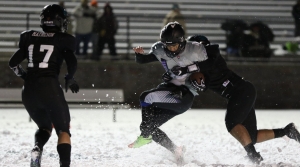 San Francisco 49er’s Assistant Coach, Katie Sowers is making history as the first female to coach in the Super Bowl. We’re following women in football at the brink of Wisconsin forming a professional team for women. Our guests explain how the team was started and what it takes to play.