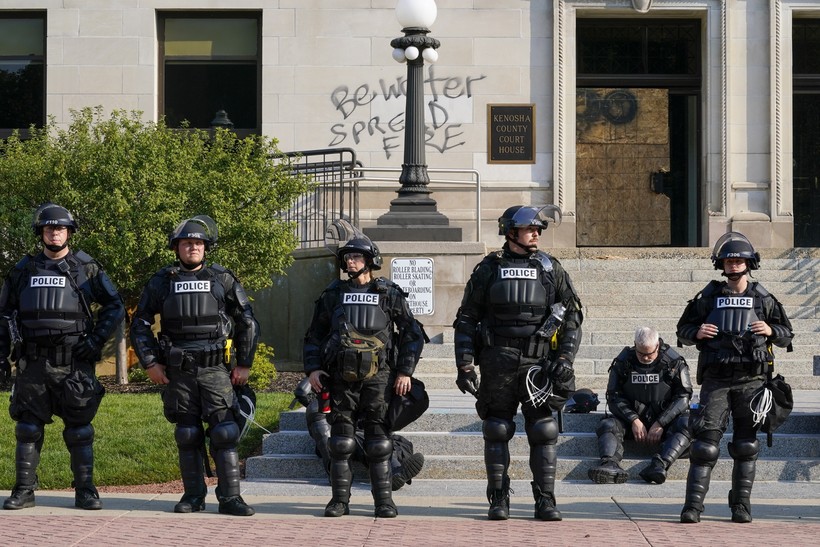 Multiple Weapons Recovered Including An Assault Rifle And Shotgun
By Danielle Kaeding
Share:

A federal prosecutor in Wisconsin has announced that two Missouri men have been arrested and charged with illegal possession of firearms after traveling to protests in Kenosha.

U.S. Attorney for the Eastern District of Wisconsin Matthew D. Krueger said Michael M. Karmo, 40, and Cody E. Smith, 33, were charged after being arrested on Tuesday at a hotel in Pleasant Prairie.

The Kenosha Police Department told the Federal Bureau of Investigation an Iowa law enforcement agency received a tip that Karmo, a convicted felon, and another man later identified as Smith were traveling to Wisconsin with firearms "to loot and possibly 'pick people off,'" according to a criminal complaint. Both men had prior convictions and were prohibited from possessing firearms and ammunition.

The complaint said the two worked together and are part of an organization called the 417 Second Amendment Militia.

When questioned by the FBI, Karmo said they attended a "Make America Great Again" rally in Kenosha on Tuesday. Smith said they wanted to see "proof of the rioting." Karmo told an agent they went back to the hotel and planned "to see what Kenosha was like at night."

Afterward, the two intended to travel to Portland, Ore., where the city has seen months of civil unrest since the police killing of George Floyd. According to a complaint, Karmo told an agent that he was willing "to 'take action' if police were defunded."

Each charge carries a maximum penalty of 10 years in prison, a fine of up to $250,000 and up to three years supervision upon release. Smith is being held at the Milwaukee County Jail, and Karma is in custody at the Dodge County Jail. The two are awaiting a detention hearing on Tuesday where a federal judge will determine whether they can be held without bail.

The investigation was led by the FBI with assistance from the Bureau of Alcohol, Tobacco, Firearms & Explosives, the Kenosha County District Attorney's Office and local law enforcement agencies in Kenosha County, Pleasant Prairie and Iowa.