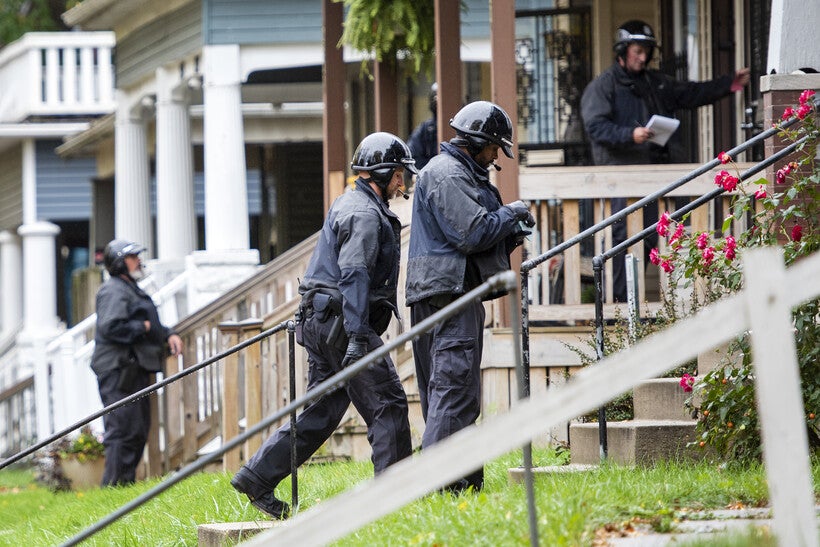 Milwaukee Police arrested 6 people in connection with the investigation, but no one has been charged
By WPR Staff
Share:

Three-year-old Major Harris was found dead Thursday afternoon, after a nearly week-long search into his whereabouts.

The Milwaukee Police Department announced Thursday that the search for him had concluded after his body was found at North 35th Street and West Rohr Avenue.

An Amber Alert was issued for Major on Saturday afternoon after police found the body of his mother, Mallery Muenzenberger. She died from multiple gunshot wounds, according to Milwaukee police.

Evidence at the scene of Muenzenberger's death led investigators to name Jaheem Clark, of Milwaukee, as a suspect in Muenzenberger's killing. On Sunday, officers went to a home in the 5400 block of North 41st Street to check for Clark. Shortly after they arrived, gunshots were fired inside the home. Police entered the home and found Clark dead of an apparent self-inflicted gunshot wound. He was declared dead at the scene.

On Wednesday, police arrested six people in connection with the investigation, but would not release details about the arrests. Police said no one has been charged.

During Thursday's press conference, Arnita Holliman, director of Milwaukee's Office of Violence Prevention, said the city needs to do more to protect its most vulnerable residents.

"We want to urge everyone to continue to step up, to speak up and to do something to keep women and children in our community safe," she said. "There should never be an instance where a 3-year-old or any child is harmed and particularly in this kind of situation."

Through Oct. 19, there were 156 homicides in Milwaukee. That’s three more murders than the same time period last year, when Milwaukee broke its record for the number of homicides here.