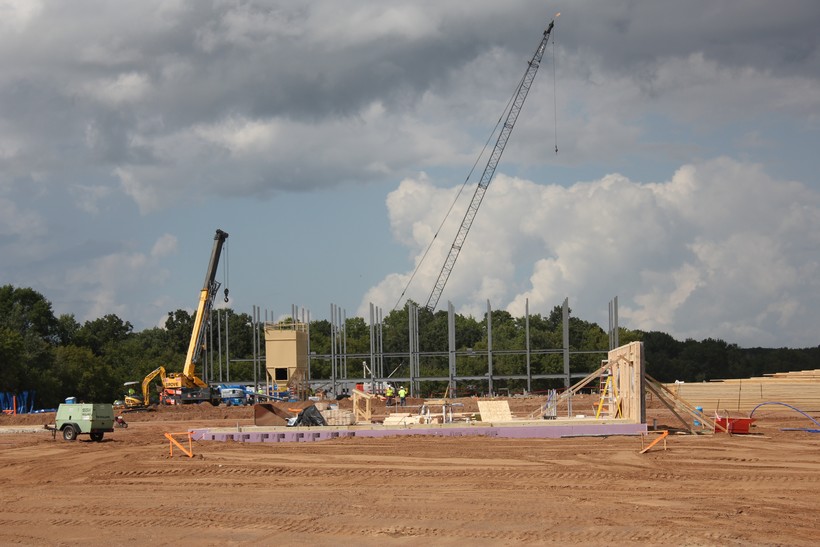 Citizens in Minnesota urged state lawmakers to enact a statewide moratorium on frac sand mining at a public hearing in St. Paul. Some lawmakers there want the state to play a stronger role in permitting sand mines: It's a sharp contrast with Wisconsin's hands-off approach.

Minnesota has relatively few frac sand mining and processing operations compared to Wisconsin's nearly 100 facilities, but lawmakers and regulators in the Gopher State are playing a much more active role responding to citizen concerns. The Minnesota Environmental Quality Board has held a series of citizen forums throughout the state to field questions; the Minnesota Department of Health has worked with cities in evaluating environmental impact statements and yesterday, Minnesota lawmakers held a public hearing about silica sand mining.

During the testimony in St. Paul, many of the objections to frac sand mining mirrored those raised in Wisconsin, including 'fugitive dust,' road damage and excessive water usage. But what stood out was a repeated theme echoed first by Preble Township Officer David Williams. He says that local government needs the state's help in controlling the industry.

Sigurd Anderson of Lake City, which is in the heart of Minnesota's frac sand country, says it's silly to think a city council or three-person town board can effectively regulate these big businesses.

"Local and county government agencies and officials do not have the background, training, technical expertise, time, staff or monetary resources to adequately respond to the power and scale of mining companies backed by multinational energy corporations."

But the industrial sand and gravel industry also made its case to lawmakers. Fred Corrigan, of the newly formed Minnesota Industrial Sand Council, says sand mining has been around for decades and local governments have been regulating it from the start.

"That experience should make the legislature comfortable that local government will be able to continue to regulate the aggregate industry - including industrial sand - and does not need a statewide moratorium or a generic [environmental impact statement] that will surely impact the entire aggregates industry."

"The non-metallic mining standards that have been talked about were developed before the industry in its current form existed. The silica sand industry that is here now is different than anything that we've seen before."

Jim Drost, of Stillwater, Minnesota, says he's seen how one state's hands off approach has lead to a frac sand mining boom around his farm in Barron County and he doesn't want to see that in Minnesota.

"The state needs to give its citizens support, which has not been happening in Wisconsin. We need at least a one-year statewide moratorium."

But last year, Wisconsin State Senator Kathleen Vinehout introduced two bills that require neighbors to get advance notice when a frac sand facility is seeking permits. They never got a hearing though, in the Republican-controlled legislature. She says she'll reintroduce those bills this session.

"If past is prologue, I guess I could be pessimistic, but I would say we still live in a democracy and people very much want these bills."

Vinehout is hoping to introduce five frac sand mining bills in the legislature sometime in the next few weeks.