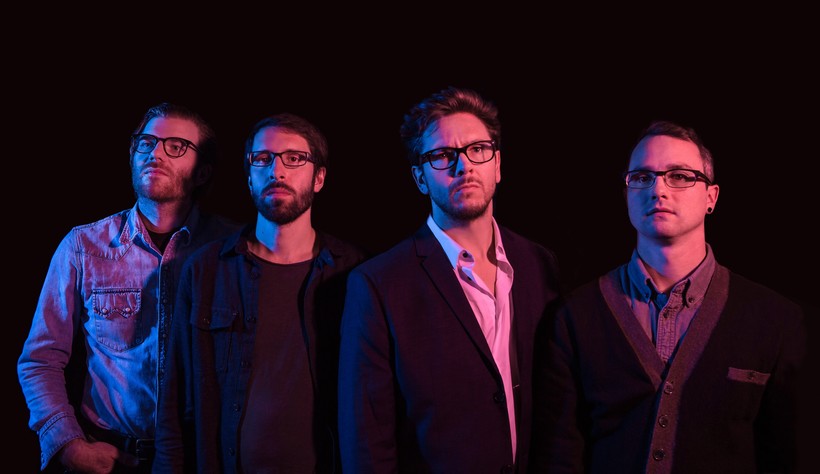 It’s been a few years since the acclaimed Milwaukee band, Field Report, released a new album. But the wait is finally over. The group is releasing its third album, "Summertime Songs," on Friday.

In the lead up to the album drop, the group has been busy. They opened for their friends (and former bandmates) Bon Iver at the 10th anniversary show for "For Emma, Forever Ago" at Milwaukee’s BMO Bradley Center. They also played some shows at the South by Southwest festival in Austin, Texas, this month.

Porterfield has a good reason for the three-plus year wait on the new album. While he was recording the new record, he became a father. Lately, he’s been a stay-at-home dad to his 1-and-a-half-year-old daughter, Jane.

"Before her, it was all music. Since her, it's been all her," said Porterfield. "Now, we're muddying the waters a bit here, we'll see how it plays out and see how those two things coexist."

"Kids are not unlike other human beings. If you allow them in your life, you'll find yourself changing. I think kids can do that as much as a love interest, or an enemy, or anything like that," said Porterfield.

One song on the record in particular, "Summertime," deals with Porterfield’s nerves about becoming a new parent.

"That's not to say it's a Bob Carlisle 'Butterfly Kisses' or anything like that. It's a little less rosy than that," said Porterfield about the song, "Summertime." "But yeah, man, it shakes you up! You figure out what really matters and what doesn't."

I’ve been sleeping not babe, dreaming about the kid

I’ve been feeling ghosts babe moving in the wind

and if I should disappear sometime before this child is born

well, what is recovery really but cover up your tracks again?"

While Porterfield reflects on real emotions and experiences on the album, he also channels a number of narrators. Those voices and perspectives can change from line to line.

"What makes songs really useful is they require imagination on behalf of the listener for it to work," said Porterfield. "You can use any tool for ill, I suppose. But the real beauty of songs is that as long as you create something that could be believable it is. It's true.”

"I think it's something that's magical about songs that I've learned over the years, that they really can be useful. These things you build and construct so carefully, from words to melodies to sounds to arrangements.

"All these things, all this latticework turns into this structure that somebody else can climb inside and inhabit and look around and find their own meaning, and value, and comfort, and shelter, and safety, and danger in it. We just make the thing. We don't have to live in it. Sometimes we do. But we make it for other people to live in."

Porterfield has been the only consistent member on each of the Field Report albums. Joining him on "Summertime Songs" is Thomas Wincek on keys, Barry Paul Clark on bass, and Devin Drobka on drums.

"This band is amazing. I've never played with a group of people like them before," said Porterfield. "They were all fundamental in how this record came out. It was a very collaborative process. (We were) responding to one another's energy and ideas."

"I've never gotten more blinding, exhilarating, thrilling, exciting energy than making music with these guys. So, from the beginning of recording this record, this was not a, 'Hey guys, come on over! I have a bunch of completed songs I'd like you to dress up.' It was, 'OK, I'm going to throw some stuff down in the studio and you react to it and I'll react to that and so on.

"It was like a collaborative painting studio where we would just show up and knew we could get consistently good light, and we had the time and tools to work and just start layering things and sculpting things and adding things on and pulling things away and throwing things out and starting over. Then going back to the garbage and wonder, 'Oh, maybe that wasn't so bad,' and then repurposing it. Suddenly, it's not a painting anymore, it's part of the sculpture."

Field Report’s members divide their time among a number of other musical projects that include members of, but aren’t limited to: All Tiny Creatures, Collections of Colonies of Bees, Mike Parker's Trio Theory, and Tontine Ensemble.

When asked about Field Report’s ever-changing lineup, Porterfield said via email, "People's interest and availability wax and wane — being in a band is an avocation until it becomes a vocation, too. But unlike the priesthood, you don't get a free place to live, so people need make choices based on their structural reality."

"Summertime Songs" was recorded at Wire & Vice in Milwaukee. It’s a highly produced album with music that could sound much different at live shows.

"After making this record, I think I can pretty confidently say that Field Report is sort of a lyric-driven pop rock band with a penchant for experimentation," said Porterfield. "It doesn't need to live under one particular thing. On this record we really made peace with embracing some more pop elements. We made things that aren't a slog and a struggle to listen to or some kind of production self-sabotage with things that sound lousy. This isn't some kind of lo-fi, bedroom indie project. This is a high-production, high-value pop record. And I'm super stoked that that's the space we get to occupy now. I feel really good about that."

Field Report is embarking on a spring tour that includes stops in Milwaukee and Chicago. The band plans to add more Midwestern dates later this year.

DHS: 747 New COVID-19 Cases In Wisconsin, 25 New Deaths
More Schools Are Returning To In-Person Learning. How Do You Decide To Send Your Child Back?
Want To Talk To Your Kids About Race? Start With These Publisher-Recommended Books
Legislature Approves Unemployment System Upgrades, COVID Legal Immunity For Businesses
4 New Community-Based COVID-19 Vaccination Clinics To Open In Wisconsin
More WPR News