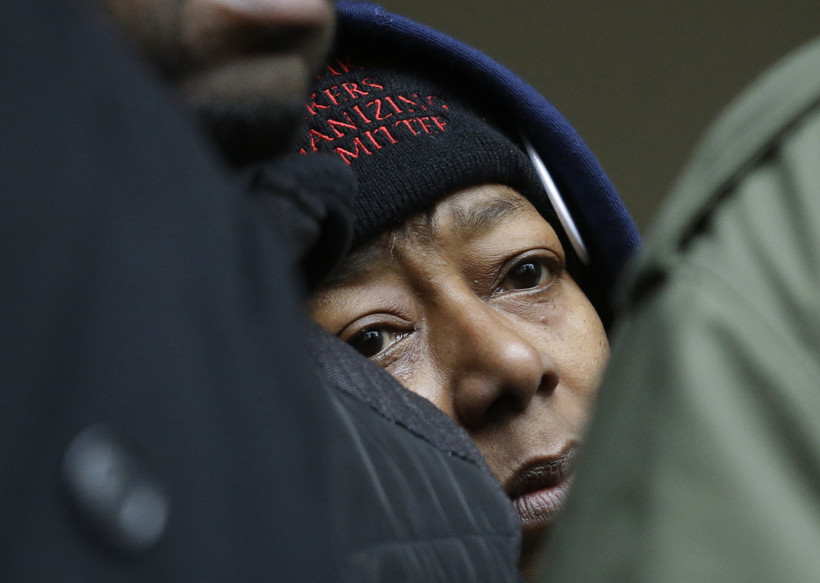 Dontre Hamilton's mother, Maria Hamilton listens to her son speak on the steps of the federal courthouse Monday, Dec. 22, 2014, in Milwaukee. Milwaukee County District Attorney John Chisholm announced earlier in the day that there would be no charges against former police office Christopher Manney in the fatal shooting of Dontre Hamilton.

The city of Milwaukee has reached a tentative $2.3 million settlement with the family of a mentally ill black man who was fatally shot in a 2014 confrontation with a white police officer. Maria Hamilton holds a photo of her son Dontre Hamilton, who was fatally shot by a Milwaukee police officer in April 2014, at her home on Monday, March 30, 2015 in Milwaukee. Carrie Antlfinger/AP Photo

The Milwaukee Journal Sentinel reports the tentative agreement with Dontre Hamilton's family was made public Tuesday when a resolution authorizing it was assigned to the city's Judiciary and Legislation Committee.

A Hamilton family attorney, Jonathan Safran, told the newspaper a tentative agreement has been reached in that amount but that "we will not be making further comments until after the proposed settlement is approved."

Milwaukee Mayor Tom Barrett said he still wants to take a closer look at a $2.3 million settlement the city has reached with the Hamilton family. But Barrett said it seems like the time to move forward.

The Milwaukee Common Council still has to approve the tentative settlement. Then, the document would go to Barrett for his signature.

The officer, Christopher Manney, was fired because he did not follow training on how to deal with emotionally disturbed people and did an improper pat-down, the Journal Sentinel reported.

Editor's Note: This story was updated at 5:07 p.m. Wednesday, May 10, to include original reporting from WPR.