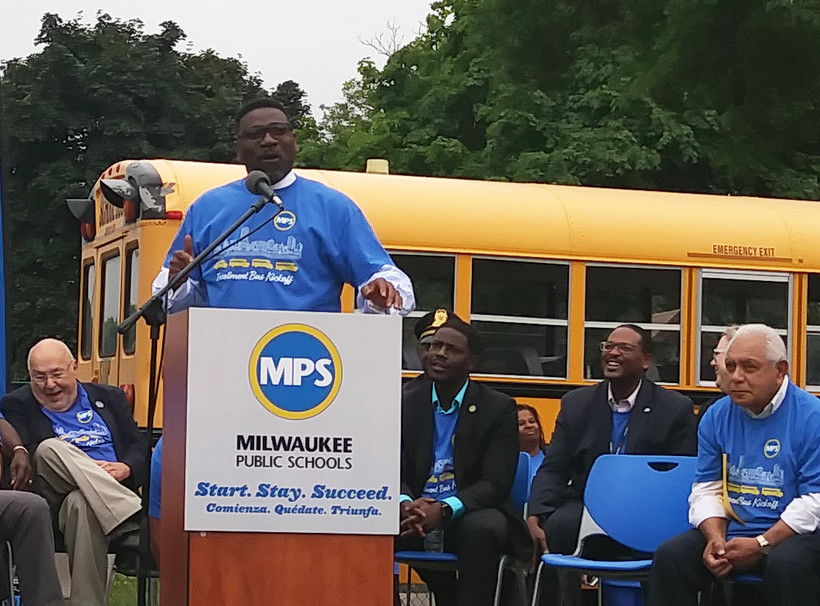 Administrators Aim To Put A Stop To Years Of Declining Enrollment
By Ximena Conde
Share:

Milwaukee Public Schools is kicking off an enrollment drive Wednesday, led by interim Superintendent Keith Posley. He'll join canvassers as they head out to neighborhoods on buses to tout the merits of the district, door-to-door.

It’s a summer-long campaign that comes after years of declining enrollment, meaning less state funding for the district.

Officials say part of the decrease is due to a decline in the number of school-age children in the district — more than 10,000 since 2006.

Still, families are also choosing to take their children elsewhere because of the number of choices they have available to them.

Posley has made enrollment one of his first main priorities with the summer drive being the first of its kind, according to a district spokesman.

Jim Bender is the president of School Choice Wisconsin. He said he’s also seen other districts feel the need to adapt in order to compete with private schools.

“And if that is what gets done between the schools where they start to create new programs and be more responsive to parents, then that’s a good thing," Bender said.

But competing with these schools might be difficult for MPS. Even though graduating Milwaukee high schoolers earned more than $86 million in scholarships, the district met few expectations in the 2016-2017 district report card.

Across the country, other school districts have also adopted innovative approaches to bring families back into their fold.

Editor's note: This story was updated at 5:45 p.m. on Wednesday, June 27, to include comments from Jim Bender