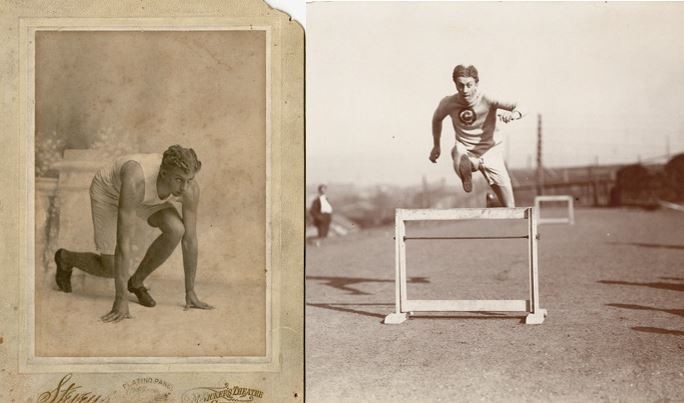 Milwaukee’s Alvin Kraenzlein was a pioneer in hurdling, perfecting the technique still used by hurdlers to this day.

But despite his importance to track and field, the four-time gold medalist isn’t a name that many -- if any -- of us know.

Even his granddaughter Susanna Tvede wasn’t aware of her family history as a child.

"I never knew him. He died long before I was born," Tvede said. "Mother wasn't one to tell us before we could understand but then she told us."

Kraenzlein was born in 1876 and began running as a teenager. He was a standout athlete and trained in the basement of Milwaukee's East Side High School.

"It's cold here so we know of several athletes that used basements as winter training grounds," explained sportscaster Jessie Garcia, author of "Going for Wisconsin Gold."

"Mike Murphy was really ahead of his time," Garcia said. "He pioneered crouching at the starting line to get more acceleration in your legs. Prior to that, people stood at the line, and you're obviously not going to get as much acceleration that way."

Under Murphy's tutelage is also where Kraenzlein perfected his hurdling technique.

It’s hard to imagine but before Kraenzlein, hurdlers in the late 19th century stopped and hopped over the hurdles with both legs tucked beneath them.

"It's so clumsy," Tvede said. "They would stop and jump and then start again.

Kraenzlein tried something different. He extended one leg straight over the hurdle and kept the other trailing back.

"He revolutionized hurtling," Garcia said. "And of course, that's still the way hurdlers do it today."

He brought his technique to the 1900 Olympic Games in Paris where he won four gold medals in the 110-meter hurdles, the long jump, the 60-meter dash and the 200-meter hurdles. He's the only track and field athlete in history to win four individual gold medals in one Olympics. Jesse Owens and Carl Lewis won four medals but in both cases, one came in a relay rather than an individual event.

Kraenzlein stood out at the Games for more than just his athletic prowess. He also stood out for his style.

"The French thought the American athletes dressed kind of sloppily," Tvede said. "But Kraenzlein had a dapper hat."

For Garcia, Kraenzlein’s is a story that should be better known.

"He accomplished so much so early," Garcia said. "I really think that his is a name and a story that we should know."

Learning Kraenzlein’s story has meant a lot to Tvede.

"I don't have much family in this country so it does mean a lot. I just wish I had known him," Tvede said. "I know that through my mother that she loved her dad a lot. So it means something."