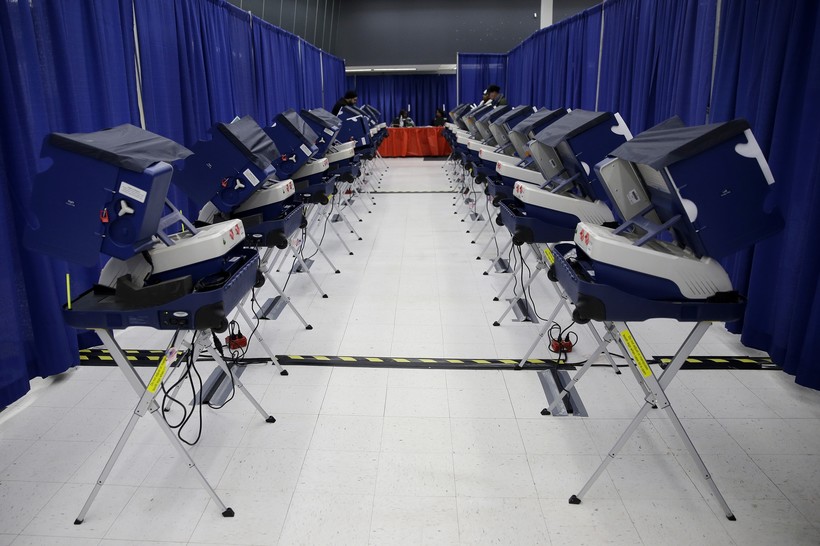 Milwaukee Mayor Tom Barrett is urging residents planning to cast their ballot in the upcoming April election to check their voter registration status after news that thousands may have been purged from voter rolls in error.

The flaws are in connection with Wisconsin’s enrollment in the multi-state Electronic Registration Information Center.

ERIC is meant to keep voter rolls up to date by tracking residents who have moved out of state or died using data like vehicle registrations and addresses provided by the U.S. Postal Service.

During February’s Wisconsin Supreme Court primary more than 100 people in Milwaukee had to re-register to vote even though they were living in the same address they’d originally registered under, said Neil Albrecht, executive director of the Milwaukee Election Commission. Albrecht said the scope of voters affected remains unclear as the Wisconsin Elections Commission still can’t confirm where all the errors occurred.

For that reason, he and Barrett are urging people to go online and check their registration. Residents eligible to vote can re-register online to vote in the April election.

"The greatest concern is with communities in poverty in the city of Milwaukee who are already challenged by registration requirements," Albrecht said.

Barrett said the city mailed out postcards this week to all people who had their registration deactivated in efforts to identify those who were purged by mistake. The state mailed similar postcards in November 2017 to voters whose accounts were flagged with discrepancies but the city couldn't get in contact with about 32,000 people making the validity of their deactivated registrations unclear.

Barrett said he has also written a letter to Gov. Scott Walker asking for help at the state level to prevent problems in the April and fall elections.

"We’ve also asked the Wisconsin Election Commission to reactivate all records inactivated through the ERIC process," Barrett said, although Albrecht adds if the commission were to accept the recommendation, it would not happen before the April elections.

But Reid Magney, a spokesman for the Wisconsin Elections Commission, says the request to reactive all the registrations purged through the ERIC process is unnecessary.

The commission is providing supplemental poll books for April’s election with all the names of people who were dropped from voter rolls. If a person’s registration address matches their current address, they’ll be allowed vote. If a person has moved, they’ll have to re-register, which is Wisconsin law.

Magney said the supplemental books will be available in all polling places statewide. He said 308,000 Wisconsin voters were deactivated in January.

Editor's Note: This post has been updated to include comments from Reid Magney, Wisconsin Elections Commission spokesman.