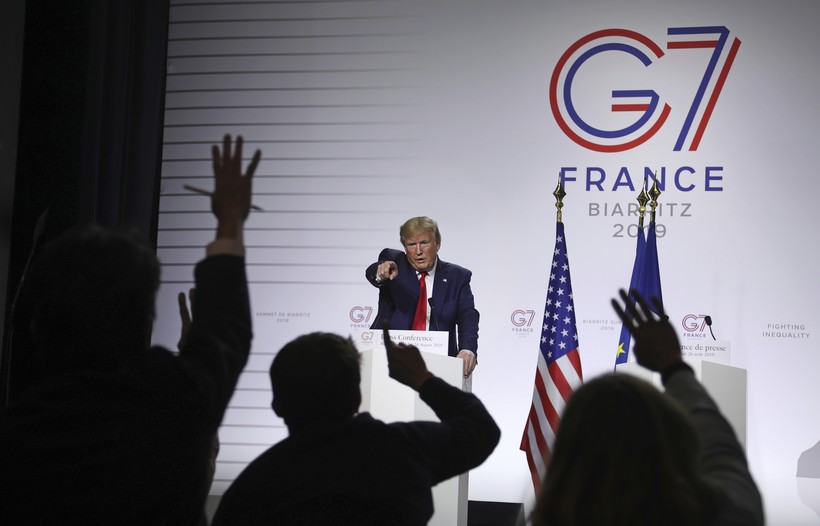 In a letter to the president, dated Sunday, Barrett wrote hosting the 2020 Group of 7 meeting in Milwaukee "would be an opportunity to show the world America’s Fresh Coast — a Great Lakes city that is growing in this strong economy, reinventing itself through innovation and investment, and building on its established high quality of life."

In the decades since the G-7 was organized, the United States has hosted meetings in a number of locations, but never in the Midwest. The G-7 brings together the leaders of the world's biggest economies including Britain, Canada, France, Germany, Italy, Japan and the United States.

Last week, Trump came under bipartisan fire after the White House announced next year’s summit would take place at the president’s Doral golf resort outside of Miami. On Saturday, Trump announced he was dropping the plans.

In a series of late-night tweets Saturday, the president blamed the reversal on "Media & Democrat Crazed and Irrational Hostility."

Barrett said Wisconsin presents the "depth and diversity exemplified by a strong urban center in Milwaukee, thriving suburban communities, and rural areas that face economic challenges that are, at times, exacerbated by international trade issues."

Barrett said Wisconsin has important lessons to share globally. And the region is not dominated by one political party.

"If he wants to get out of Washington, D.C. and come to an area where trade issues, like Harley Davidson, and domestic issues, like dairy prices, are front and center, Milwaukee would be an excellent choice," Barrett said Monday after an event.

Milwaukee will host the Democratic National Convention from July 13-16. The 2020 Ryder Cup will be at Whistling Straits in Kohler from Sept. 25-27. Barrett said those events mean security planning is already well underway.