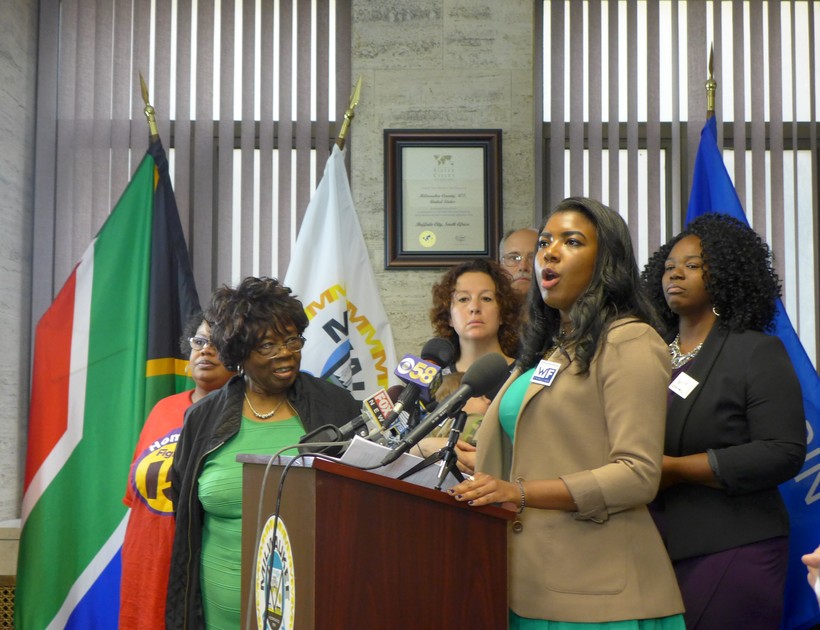 Three Milwaukee County Supervisors And The County Executive Floated Plans To Raise The County Minimum Wage To $15 An Hour
By Ross Terrell
Share:

Three Milwaukee County Supervisors presented a resolution Wednesday to raise the minimum wage for county employees and contractors to $15 an hour. The current hourly minimum for county workers is $11.68. Supervisor Sequanna Taylor said no one should have to choose between necessities like transportation or food for their families.

Supervisor Marcelia Nicholson said the current plan calls for raising the minimum wage to $12.25 an hour by Jan. 1. It would then increase annually until reaching $15 by 2022.

Nicholson said the wage should increase every year after to keep up with the cost of inflation.

County Executive Chris Abele, who once opposed the minimum wage increase, released a plan to raise it to $15 by 2021.

Melissa Baldauff, director of communications for the county, said the board of supervisors and the county executive were able to find common ground.

"I know that they all share the same belief that people who work full time should not be living in poverty and that we need to raise wages for everybody to stimulate our economy and most people agree with that," Baldauff said.

Abele's plan will be outlined in his 2017 budget proposal.