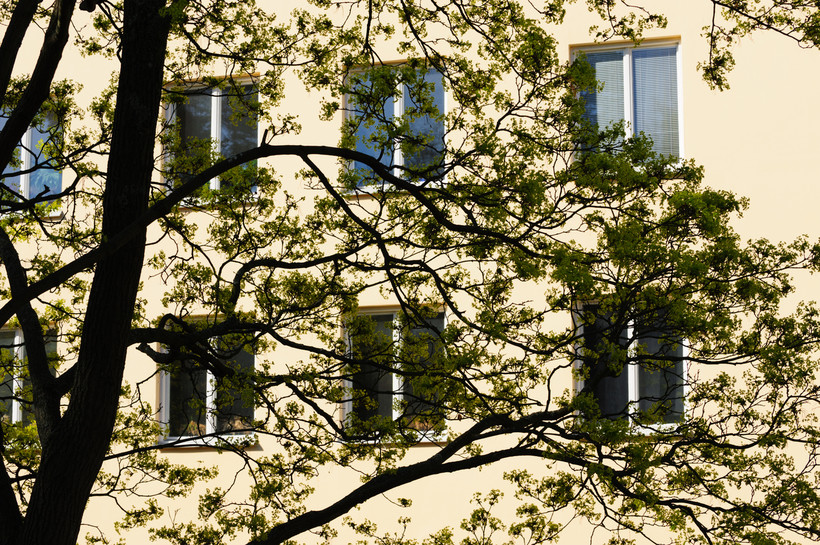 Landlords Say Measure Unfair To Them, Other Renters
By Ximena Conde
Share:

Chandra Williams is looking for a recent picture of her son Wilburt McDonald in her three-bedroom Milwaukee apartment.

It's Tuesday and she won't see him until the weekend. He's a senior at Waukesha North High School, about 30 minutes away.

"My son is a week at a time in Waukesha just to keep his grades up, to get to school every day on time and not dragged out tired," Williams says.

Williams and her son lived in Waukesha until last August. She wanted him to finish high school there, where he played football well enough to earn a scholarship to Iowa State University.

But Williams relies on a Section 8 voucher to pay rent. She ended up in the program about 10 years ago after being diagnosed with stage-four breast cancer while homeless.

Finding landlords that accept Section 8 was always difficult in Waukesha, according to Williams Williams had her rent assistance transferred to Milwaukee even though it would mean uprooting her son's life. The search there was just as challenging.

"You're kind of desperate to find something and so you kind of begin to settle and that's the process of having rent assistance," Williams said.

A Loophole In Open Housing

Fifty years ago on Monday, April 30, the city of Milwaukee adopted its own open housing ordinance. That move came more than two weeks after then-President Lyndon Johnson signed the federal Fair Housing Act. The laws barred discrimination based on factors like race, sex or religion.

Still, property owners can legally refuse to consider tenants if they're on rent assistance, like Section 8.

"It becomes a thin veil for racial discrimination," said Margaret Rozga who has been advocating for fair housing in Milwaukee for more than 50 years. Rozga took part in 200 nights of marches in the city for open housing in 1967 and 1968. She eventually married one of the men who led them, the Rev. James Groppi.

She said the ability of landlords to turn away Section 8 recipients is a loophole in the civil rights law that they fought for. That's why she is supporting a county proposal to ban rent assistance discrimination.

"Giving people who have vouchers, some way to get out of neighborhoods of high poverty concentration where the rents aren't actually cheaper," she said.

There are 1,705 more people on a closed waiting list vouchers in Milwaukee County. Getting to the top of the list could take years.

In 2017, Dhaliwal said not a single person on the wait list received a rent assistance voucher because of a funding shortfall.

Once an individual gets a voucher in Milwaukee County, they have 120 days to find housing.

County Board Supervisor Marina Dimitrijevic introduced the rent assistance discrimination ban and said the feedback she has heard from the opposition is based on stereotypes.

"Those people, those tenants. I don't want to take section 8 because of 'those' things," was how she characterized that feedback in an Economic and Community Development Committee meeting.

Ron Hegwood, a landlord and president of the Apartment Association of Southeastern Wisconsin, said he understands the desire to desegregate. But he points out that rents for Section 8 recipients are capped by neighborhood and said that puts landlords and other renters at a disadvantage.

"We all want to live where we want to live but if you can't afford to live there, you have to go with the choices you have," said Hegwood. "I mean you're putting in a law to create a protected class at everyone else's expense and I think that's wrong." Landlords also say they've had bad experiences getting reimbursed for damage done to units by Section 8 tenants while they're allowed to move on to another property.

Hegwood said if the ordinance passes, the association will lobby state legislators.

If it does pass, advocates say they know the measure won't be enough to undo the segregation in Milwaukee's neighborhoods. Recent reports found many landlords and tenants are unaware of a similar law in Dane County. And they say the work to undo segregation has to go beyond housing.

"It's about where our kids are educated, it's about our correctional system, there's so many components to segregation but this is one area I think that we can start to have an effect," said Kori Schneider-Peragine, the senior administrator at the Metropolitan Milwaukee Fair Housing Council.

Housing advocate Margaret Rozga agrees it's a small step, but she said that's all the more reason to take it.