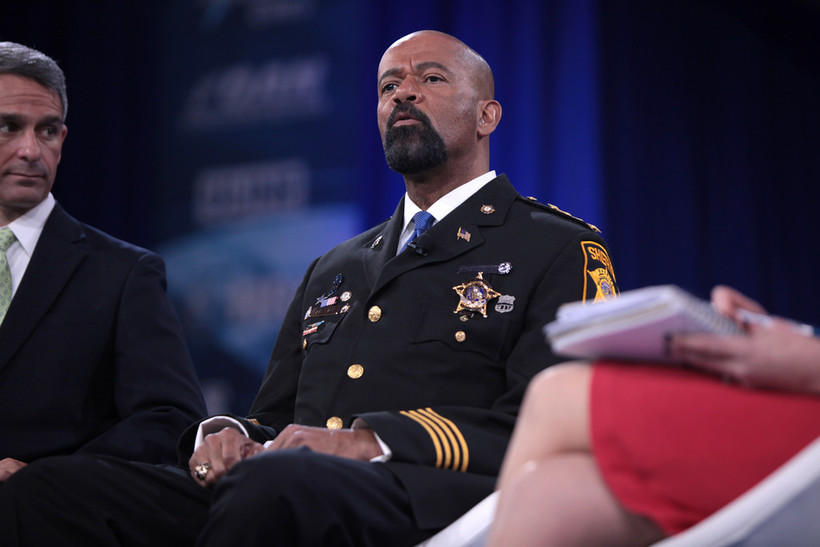 Clarke Had Earlier Announced He Would Take Position
Share:

Milwaukee County Sheriff David Clarke is no longer a candidate for a position in the agency, according to officials with the U.S Department of Homeland Security.

The conservative firebrand said last month he was stepping down as Milwaukee County sheriff and taking a job as an assistant secretary at the DHS.

Craig Peterson, a political adviser to Clarke, said in a statement that the sheriff notified DHS Secretary John Kelly late Friday that he "had rescinded his acceptance of the agency's offer" to join DHS.

"Sheriff Clarke is 100 percent committed to the success of President (Donald) Trump, and believes his skills could be better utilized to promote the president’s agenda in a more aggressive role," Peterson said in the statement issued a statement to the media.

Clarke met with Trump on Tuesday during the president's trip to Wisconsin. During the meeting, they were able "to discuss other roles — both inside and outside the government — that the sheriff might consider to help carry out Mr. Trump’s agenda," Peterson told the New York Times.

The sheriff rose to national prominence last year as an outspoken Trump supporter. His name had consistently been discussed as a potential homeland security official for the new administration.

A DHS spokesman said by email Sunday that Clarke is no longer being considered for a position within DHS, though the agency had never confirmed Clarke's appointment.