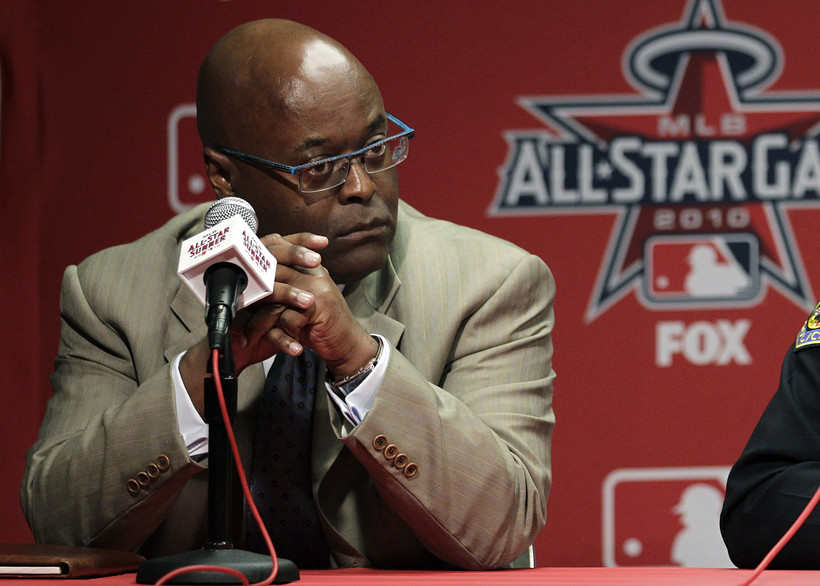 Milwaukee County Sheriff Earnell Lucas is stepping down, three months before the end of his term. He will begin serving as the vice president of security for the tech payment company Fiserv on Monday.

He announced his resignation in a press release from the Milwaukee County Sheriff’s Office Friday. Sunday is his last day as sheriff.

"I look forward to the next chapter in a long career of service and adding value to the Milwaukee community," Lucas said in a statement.

Lucas has 46 years of law enforcement and public safety experience. That includes 25 years in the Milwaukee Police Department and 10 years of executive leadership with Major League Baseball, before becoming sheriff four years ago. He was elected the 65th Milwaukee County sheriff on Nov. 6, 2018.

Lucas had run for Milwaukee mayor earlier this year, but failed to advance in the primary election. He was not running for reelection this fall, and his term was set to end in January.

Lucas said he grew up in a Milwaukee and rising to the county's top law enforcement job meant the world to him.

"To come back and be elected the sheriff by the people in Milwaukee County, it truly was the highlight of my professional career," he said. "Earning the people's trust to become their sheriff, it's very rewarding and gratifying as I leave and exit this office."

Over the last four years, Lucas said his goal was to restore honor, integrity and trust in the sheriff’s office, as well as to be a good partner to other organizations.

"That's one of our proudest accomplishments, that we were able to turn that corner and earn the trust of people and partners throughout the region and throughout the state," he said.

During his tenure as sheriff, the Milwaukee County Sheriff's Office received an accreditation from the National Commission on Correctional Health — for the first time in the agency's history — for providing positive health outcomes for those in the Milwaukee County Jail.

He's also proud of how the sheriff's office handled the Black Lives Matter protests in the wake of the killing of George Floyd by law enforcement in the summer of 2020.

"For 200 nights or more people went out and exercised their First Amendment rights to lawfully assemble and to petition their government," he said. "The fact that we kept Milwaukee and Milwaukee County safe and did not become the nightly news headline, I think, is a testament to the dedication (and) the commitment of the men and women of this organization."

Milwaukee County Sheriff's Office Chief Deputy Denita Ball, who is running for sheriff unopposed in November, will become the first female sheriff of Milwaukee County. She will serve on an interim basis until the new sheriff term begins in January.

Lucas expressed confidence in Ball. He said she's "very capable" of serving as Milwaukee County's next sheriff as she's overseen the day-to-day operations of the agency for the last four years.

"She brings a wealth of experience both in her time in law enforcement and academia," Lucas said. "I don't think that the sheriff's office could be in any better hands than those of Denita Ball (in terms of) moving this organization and the Milwaukee community forward."

Ball said Lucas "changed the culture" of the Sheriff's Office and held the agency to a higher standard.

"He will be missed, but we wish him well in the next phase of this journey called life," she said.

Ball said she plans to work with the department's partners to address rising crime and reckless driving around the county. That includes working with other law enforcement agencies, Milwaukee County citizens and community organizations to make the area a "stronger and safer place to live, work, play and pray," she said.

"The problem is just too great for one entity, law enforcement, and so we need to take a holistic approach," she said. "And I'm excited about doing that."