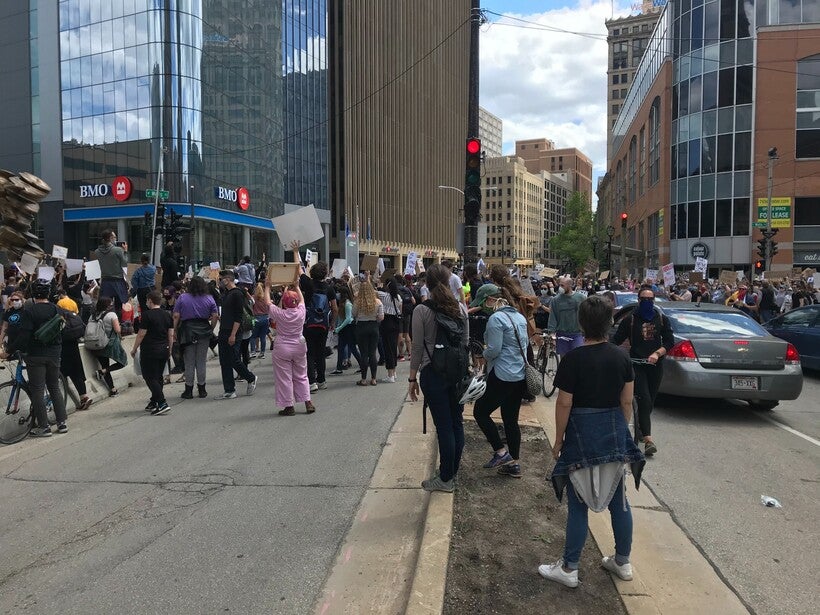 Protesters march in downtown Milwaukee during a demonstration calling for justice for George Floyd on Saturday, May 30, 2020. Madeline Fox/WPR

Ryan Clancy Was Arrested, Cited, During May 2020 Protest
By The Associated Press
Share:

A Milwaukee County supervisor has filed a lawsuit against the city and county alleging law enforcement officers violated his civil rights when he was arrested at a protest over police brutality a year ago.

Ryan Clancy was one of about 70 people who were arrested and issued citations by Milwaukee police and Milwaukee County sheriff's deputies for violating Milwaukee’s curfew in late May 2020.

Clancy said he was observing protests in his capacity as a public official.

Officials with the city of Milwaukee and Milwaukee Police Department declined to  comment Friday.