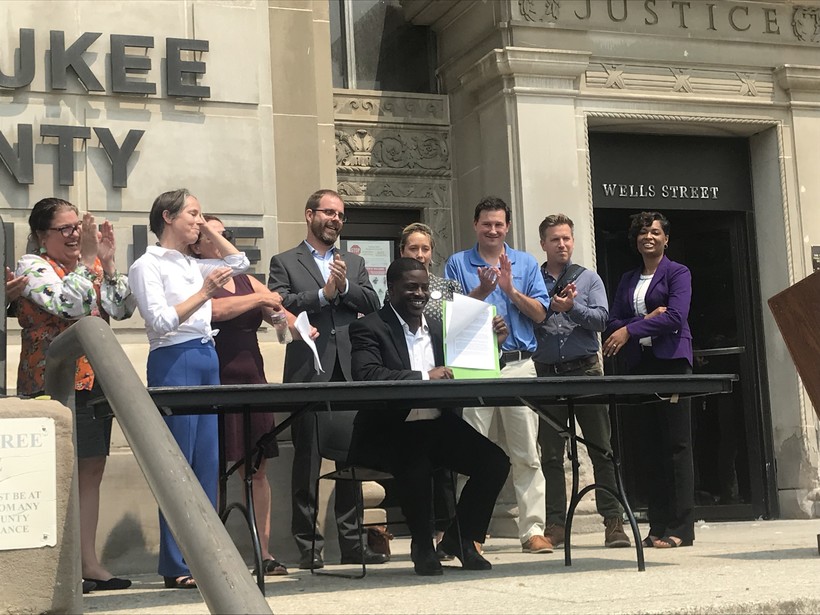 The 18-Month Pilot Is Slated To Start Sept. 1
By Madeline Fox
Share:

Milwaukee County residents facing eviction or foreclosure will be entitled to no-cost legal representation through the end of 2022, under a pilot program funded in part by federal American Rescue Plan Act funds.

It follows similar programs in Cleveland and New York, where more people have been able to stay in their homes because of legal representation.

"It’s going to allow families to have some stability, make sure they can focus on going to school, focus on going to work, all the social determinants of health that makes us healthy and safe within our neighborhoods," said David Crowley, Milwaukee County executive.

The Milwaukee County Board of Supervisors approved the pilot program with wide support late last month and Crowley signed the measure Monday afternoon. It's scheduled to launch Sept. 1.

The United Way of Greater Milwaukee and Waukesha Counties committed $1.5 million to the $3 million pilot program. Right to Counsel Milwaukee, a partnership between United Way and the Legal Aid Society of Milwaukee, will supply 12 housing law attorneys.

"What (the pandemic) did, I think, was compel people to act with more alacrity, with more purpose, not just say, 'Well this is something we could do,' but, 'Let’s do it,'" said Nicole Angresano, vice president of community impact for United Way Greater Milwaukee and Waukesha Counties.

Ramos said there’s an inherent imbalance of power in most eviction proceedings between landlords, who are more likely to have the resources and experience to better advocate for themselves in an eviction, while tenants are usually less familiar with housing law.

"We think landlords benefit from this as well," she said. "We need to figure out ways to mediate, to have rental payments made, so that landlords can make their living and tenants can be treated with respect and dignity, and we think this is a cornerstone policy to get that to happen."

Though the program is only funded for the next year and a half so far, Angresano and others hope it will be made permanent. Crowley, the county executive, said that while Milwaukee County has to prioritize how it uses limited funding, the eviction representation project could help save money in the long run.