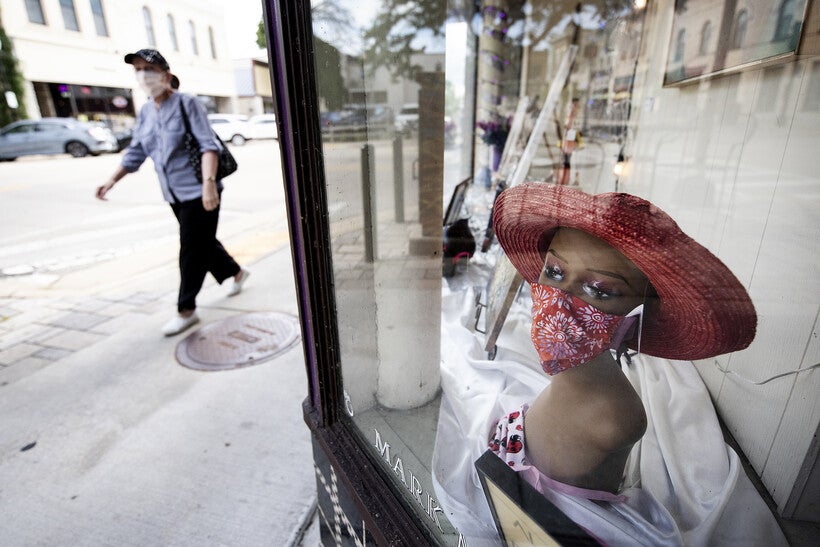 The Milwaukee Common Council has approved a city-wide mask mandate for anyone older than three years of age in public buildings. A last minute amendment to the ordinance sets a March 1 expiration date and removes financial penalties for businesses that refuse to follow it.

The amended ordinance was co-sponsored by alders JoCasta Zamirripa, Marina Dimitrijevic and Jose Perez at the urging of the Milwaukee Board of School Directors and some of the city's restaurant owners.

The amended ordinance instead focuses on business licenses as a potential enforcement mechanism. If the health department receives three complaints and confirms a business is violating the mask requirement, a written letter outlining the violation may be included in license renewal applications.

During a common council meeting on Tuesday, Zamirripa said the decision to remove financial penalties from the latest mask requirement was made at the request of city Health Commissioner Kirsten Johnson. Johnson previously said her department doesn't have the staffing necessary to start fining owners who don't comply.

"So, a business could be dinged when it's time for their renewal via warning letters, suspensions or even possible non-renewal if they're not being good actors when it comes to the mask ordinance," said Zamirripa.

Alder Robert Bauman voted in favor of the mask ordinance, though he told council members he would have liked the expiration date to be Jan. 21. Bauman said he helped negotiate the March 1 end date.

Bauman called the ordinance a "non-mandate mandate" and offered a word of warning for health department officials who are "overzealous at your peril." He pointed to efforts via lawsuits and legislative efforts to restrict health department powers that could hamper responses if "real emergencies crop up in the future."

"Ultimately, someday down the road, these health departments better start realizing that they live in the real world," said Bauman. "The real world is rebelling against their advice and their counsel. And I hope they take notice of that because they may lose all credibility."

"I would offer that we still are in an emergency," said Dimitrijevic. "Yesterday was the largest number of cases in the state of Wisconsin ever. If that doesn't qualify, I'm not sure what would."

The Wisconsin Department of Health Services reported 35,746 new cases of COVID-19 on Sunday, by far the most ever reported during the pandemic. The seven-day average of new cases was 17,916. As of Jan. 17, there have been 1,798 deaths in Milwaukee County among individuals with confirmed cases of COVID-19.

The county's COVID-19 Surveillance Dashboard reported a positivity rate of more than 35 percent of all tests as of the first week of January.

Alder Mark Borkowski voted against the mask ordinance. He called it a "paper tiger" and said having a month-and-a-half long mask mandate in Milwaukee but not in neighboring communities West Allis or Greenfield doesn't make sense.

Borkowski was the sole no-vote on the ordinance. Alder Scott Spiker abstained, citing the "tough position" it puts businesses in without additional support.