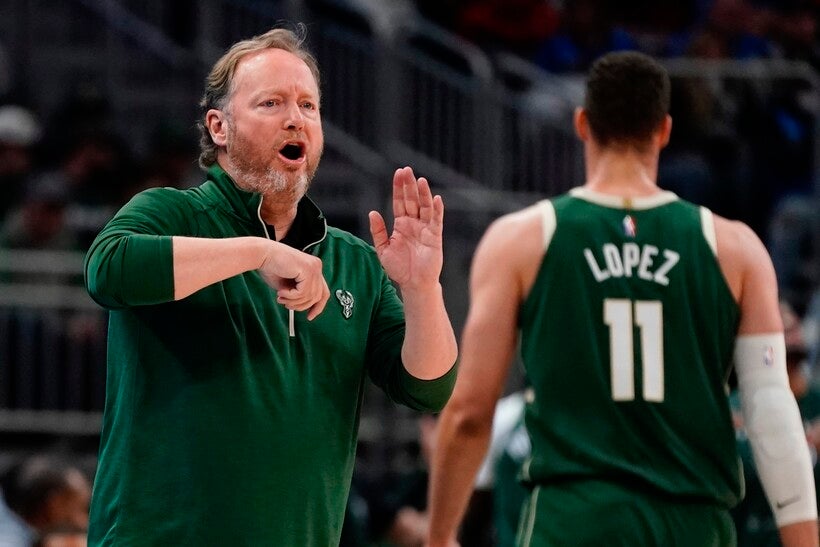 Bucks near top of Eastern Conference after starting season with 8 consecutive wins
By Jonah Beleckis
Share:

The Milwaukee Bucks may now be back on Earth after the team’s best start to a season ever. But the team’s play-by-play broadcaster says defense is keeping the Bucks near the top of the Eastern Conference and in championship contention.

Lisa Byington is the team’s announcer for Bally Sports Wisconsin. Appearing recently on Wisconsin Public Radio’s "The Morning Show," Byington said the Bucks are improving on their defensive challenges that affected their performance last season, including when the Bucks lost in seven games to the Boston Celtics.

Byington also discussed what it’s like to be around superstar Giannis Antetokounmpo, where the team needs to improve this season and more.

The following was edited for brevity and clarity.

Kate Archer Kent: The Bucks won their first eight games and have one of the best records in the league. What is the team doing well this year?

Lisa Byington: It starts with defense, quite honestly. In the off-season, they looked at some defensive challenges they had the previous year, maybe in the playoffs. They have adjusted their 3-point defense against opponents.

To say defense is the best thing they're doing right now might not be the sexy answer that everybody likes to hear. The offense is certainly there. But I would say at the beginning of the year, the offense is trailing the defense a little bit … They always say defense wins championships. So, maybe that will be the case by the end of this season.

KAK: On defense, Brook Lopez is looking healthy after missing much of last season and seems to have a lot of synergy with Antetokounmpo. How well is Lopez playing this year?

LB: Just the other night, Marques Johnson on the air said he felt like Brook Lopez — not only defensively, but we've seen some offensive outbursts from him as well — is playing like an all-star. He's leading the league in blocks per game.

This is the first time in about two years that he's been able to — knock on wood — play a full season. We certainly see the difference. He is like the safety net, so to speak. Everyone has talked about if they get beat by their player, they always know that Brook has their back. He's the last line of defense. So, it's been fun to watch that synergy, especially defensively.

KAK: The Bucks are a top rebounding team in the NBA. How is that helping them?

LB: Especially offensive rebounding, it gives them some second opportunities. It was about a month ago when head coach Mike Budenholzer at practice and shootaround was emphasizing to the guys that we're good shooters and we're good scorers and that's eventually going to come. But in the meantime, if we're missing shots, let's get that second shot. Let's produce some offense that way.

I think the important thing is that really early in the season, the Bucks have done a great job just pursuing the basketball on the offensive side. So offensive rebounding, second-chance points have been keys to their success early on.

KAK: The Bucks have been dominant at home this season. How can they replicate that success on the road?

This is a championship team … So, going on the road, they are not going to be fazed by something like that. 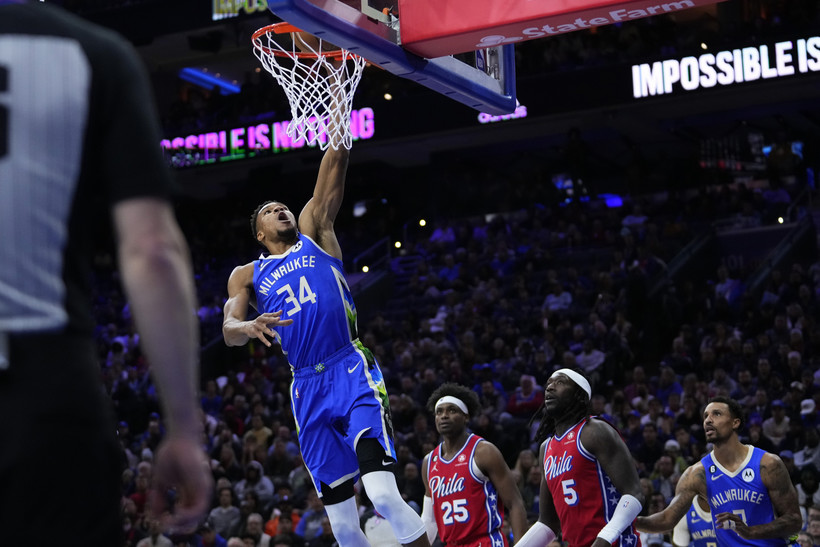 Milwaukee Bucks' Giannis Antetokounmpo goes up for a dunk during the second half of an NBA basketball game against the Philadelphia 76ers, Friday, Nov. 18, 2022, in Philadelphia. Matt Slocum/AP Photo

KAK: What is it like to be in Antetokounmpo’s orbit?

LB: It certainly is an honor to be able to call his games night in and night out. (It’s) mind-blowing that he is averaging a career-high, 30-plus points per game already. That is a career high for him.

He’s a multimillionaire, and yet he plays with such joy of like a 7- or 8-year-old Giannis.

KAK: Where does the team need to get better?

KAK: Any predictions? Will the Bucks with another championship this year?

LB: I don't do predictions. It is my hope and the hope of the city of Milwaukee that we are celebrating once again with a parade downtown.

We have the veteran leadership. We have enough championship players on this team. We have, in my eyes, one of the best — if not the best — player in the league and in the world right now. All of the ingredients are there for that to happen. We just have to see if it'll play out. 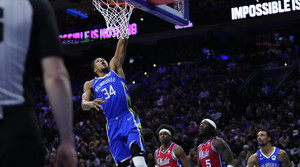 The Milwaukee Bucks are off to a roaring start, with the second-best record in the National Basketball Association. We check in with the Bucks’ play-by-play announcer to learn what the team is doing well and what challenges it faces on the hunt for another championship.