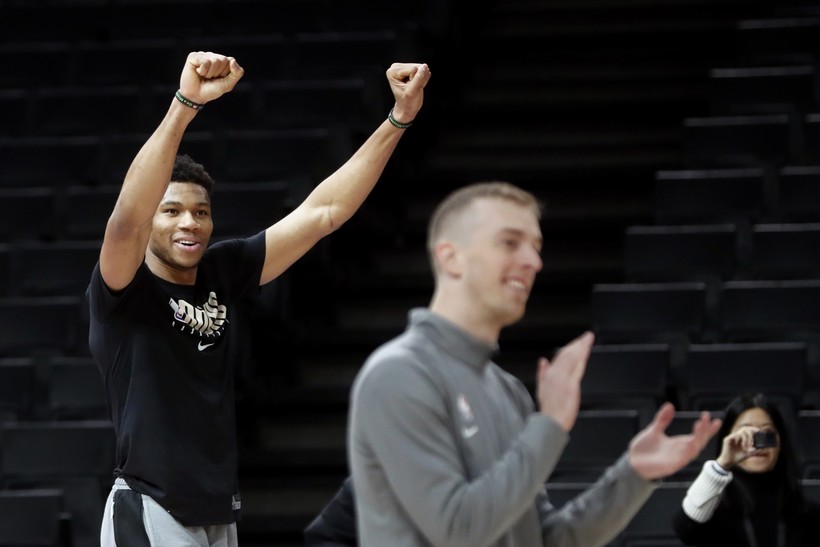 The Milwaukee Bucks will make history Friday by playing in the first regular-season NBA game ever held in France.

The league-leading Bucks, who are on a seven-game winning streak, will face the Charlotte Hornets in front of a sellout crowd at AccorHotels Arena in Paris. The NBA has seen increasing popularity in international markets, including France. Among European countries, France is the NBA’s top market for merchandise sales and second for subscriptions to NBA League Pass.

League Pass, a television service that allows subscribers to watch all NBA games, is now available in all but a handful of countries. In recent years, the number of subscribers in Greece has jumped by double digits, driven by the success of Bucks star forward Giannis Antetokounmpo. His nickname is the Greek Freak.

This season, the NBA scheduled a record number of games to be played in the afternoon in the U.S. so they could be broadcast during primetime in Europe.

In China, the NBA’s largest foreign market, the league says 640 million people consumed NBA content during the 2017-2018 season. That’s more than twice the population of the U.S. (The NBA’s relationship with China has been fraught since October when Houston Rockets general manager Daryl Morey tweeted his support of protestors in Hong Kong).

Not only has the league garnered fans from across the globe, but it’s also seen dramatic growth in its number of international players. There were 108 international players on opening night rosters this season. That’s more than double the number there were 20 years ago. Canada, Australia and France had the largest number of opening night players with 16, nine and eight respectively.

Friday's game will be the 92nd NBA contest played in Europe. The Bucks played a regular season game in London in 2015, which Antetokounmpo called an "amazing experience." Bucks co-owner Wes Edens said it’ll be an honor to be a part of the first regular-season NBA game in France.

"We will be proud to represent Milwaukee and Wisconsin in Paris, and we thank the NBA for this exciting opportunity," he said.

Antetokounmpo said he was looking forward to exploring the city and seeing friends who flew in from Greece. But he emphasized that his focus was on Friday's game.

"We’ve got a few days to relax and explore France and the city, but we’ve got to still do our job," he told reporters Tuesday.

The Bucks routed the Hornets, winning 137-96, when they played them in November. Bucks coach Mike Budenholzer said earlier this week that his team was excited to bring NBA basketball to Paris. He said he's confident his team will get it done on the court, but they'll enjoy the experience of being in France, too.

"We’ll have some wine and some of the good food and the great restaurants," he said. "I think that’s part of the week, being here."