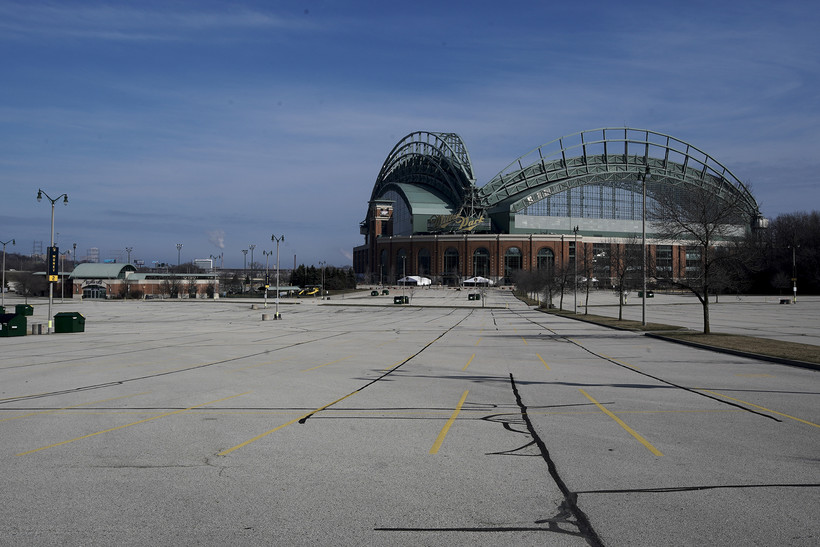 An empty Miller Park is seen Tuesday March 24, 2020, in Milwaukee. The Brewers were supposed to host Opening Day on Thursday, but the season start was postponed by Major League Baseball because of the coronoavirus pandemic. Morry Gash/AP Photo

Milwaukee Brewers Owner Mark Attanasio said he believes baseball could be played at Miller Park if the 2020 season begins this summer.

The MLB has been in negotiations with the players union to start an 81-game season — without fans present — starting around July 4.

Attanasio said he has spoken with Gov. Tony Evers and Milwaukee Mayor Tom Barrett about holding spring training in Milwaukee in June.

"I think we can make Miller Park absolutely as safe as we can make American Family Fields in Maryvale (Phoenix) safe, and so I would like to try to do that if I can," Attanasio said. "If we are going to play games, it is important to safely stage those games."

Attanasio, who spoke Tuesday during a virtual meeting of the Greater Milwaukee Committee, said baseball has healed the country for as long as it has been played and it can heal the country again during the coronavirus pandemic.

Attanasio serves on the MLB’s executive council and labor committee. He says the MLB is committed to bringing baseball back this season.

"It has to come together very quickly, or we’ll just run out of time," he said. 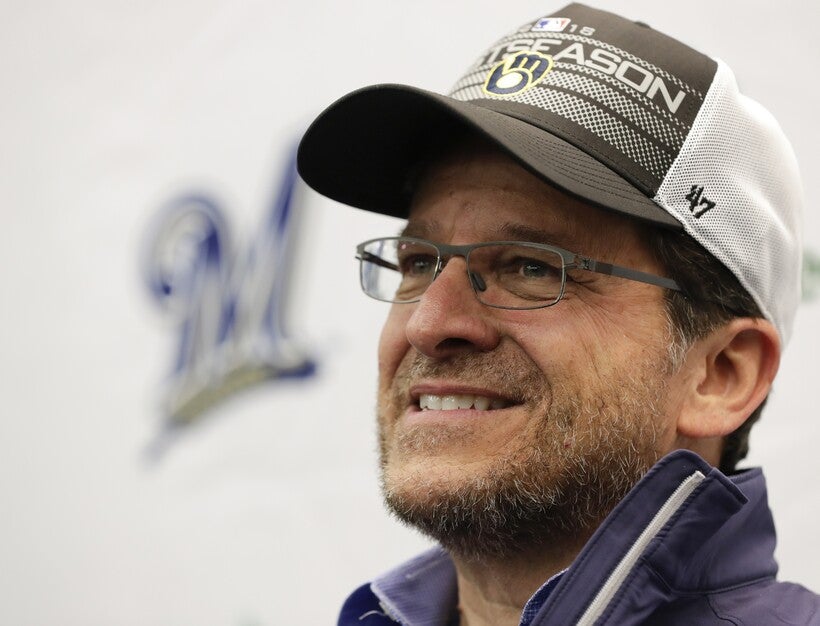 Milwaukee Brewers owner Mark Attanasio answers questions during a news conference before a baseball game between the Brewers and the Detroit Tigers Friday, Sept. 28, 2018, in Milwaukee. Morry Gash/AP Photo

A 67-page draft of the MLB’s proposed 2020 Operations Manual was sent to teams on May 15 showing what the 2020 season could look like. And it’s much different than previous seasons.

According to the draft, obtained by the Associated Press, players would have assigned seats in the dugout, and high-fives, fist bumps, spitting and bat boys and girls would all be eliminated.

The players union responded to the draft last week. And according to AP, many players viewed many of the ideas such as arriving in uniform at the ballparks, a prohibition on the use of showers and hydrotherapy as "over-the-top."

Brewers President and General Manager David Stearns said the health regulations to start the 2020 season are robust. And will need to be accomplished while getting the athletes ready to play.

"I think it’s fun for all of us to talk about baseball, to envision what it could like this summer in Miller Park, in Milwaukee, to provide our fans and this city a diversion and that’s certainly our goal," Stearns said.

Brewers Manager Craig Counsell said players aren’t ready for opening day and are looking for guidance as far as a date and a schedule.

"Like most of us, they crave a routine, and this has really upset the routine," Counsell said, adding that he has kept special emphasis on keeping pitchers prepared.

Counsell said while 81 games is half the normal schedule, it's still significant.

"Some clubs may try to make it a sprint, it’s still 81 games, that’s a full NBA season, that’s significant," Counsell said. "Keeping players healthy during the season maybe more challenging than ever, and really more important than ever."

Counsell said he’s most interested in seeing how players react to not having fans in the stands.

"The players will dearly miss fans in the stands," Counsell said. "And it’s going to be impactful in how our season operates. The environment that we are going to play in is very unique and probably one the players haven’t felt in a very, very long time."

"I’m continuing to seek input from groups like Wisconsin’s professional sports teams on how the state can be helpful in their return to play," Fitzgerald said. "I’ve said previously that there are major issues coming at us fast in the near future when it comes to large group gatherings. I’ll continue to keep the lines of communication open with our private-sector partners and the governor as the state and federal government continue to react to COVID-19."