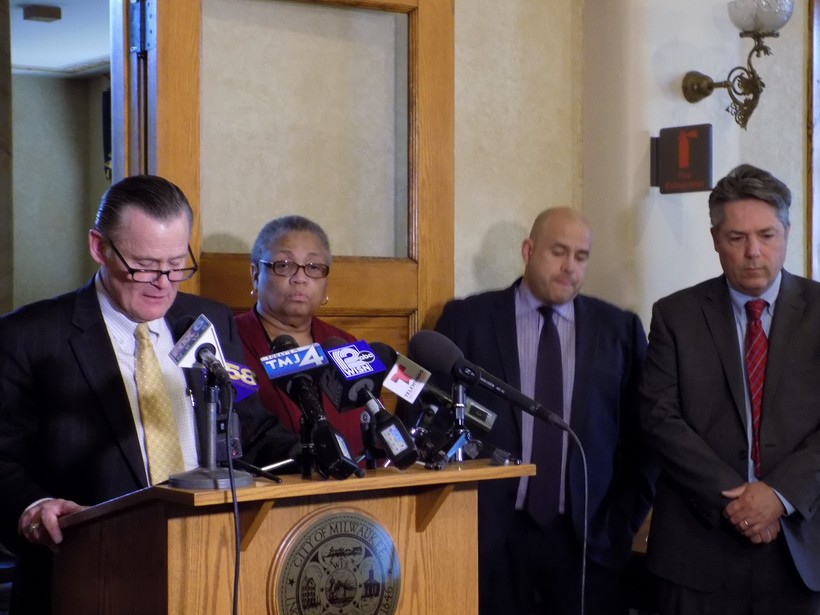 A Milwaukee alderman is asking the largest nonprofit health system in the country to postpone its planned cutback of services at a city hospital.

Alderman Bob Donovan wants Ascension to wait a year before it reduces services, including surgical and other services, at the 1-million-square-foot St. Joseph Hospital campus.

Ascension recently announced it would downsize to 300,000 square feet of space, offering the remaining campus space to outside organizations.

"Our vision is to transform the St. Joe's campus into an urban health village that brings together partners to address social and community needs and spark economic investment in the Sherman Park neighborhood," said Bernie Sherry, Ministry Market Executive of Ascension Wisconsin in a statement.

But Donovan wants Ascension to use the proposed postponement period to reach out to the community to figure out which services can be kept at the campus and finds ways to mitigate the impact of services that aren’t.

"If this request is rejected, I have already contacted the Office of the City Attorney and have asked them to watch carefully the process followed by Ascension to ensure that at a minimum, the corporation is in full and exact compliance with applicable state and federal laws and regulations," said Donovan.

"We have an economic model now where if you have money, you’re going to get the best health care in the world, but if you’re poor, guess what? Get on a bus, hopefully you can get to a hospital five miles away and maybe you’ll get health care," said Milwaukee Alderman Michael Murphy, who added that the implications of cutting services at St. Joseph go beyond the individual hospital.

"And make no doubt about this, disease knows no geopolitical boundaries. Disease spreads throughout our community and the fact is that when you leave the central city in harm’s way, you are harming your own health," said Murphy, adding that Froedtert’s patients typically have better insurance.

The Milwaukee Journal Sentinel reports 51 percent of St. Joseph patients are covered through Medicaid and the hospital lost $81.9 million between 2012 and 2016.

"The safety net is essentially being yanked out from under the mostly African-American patient base at St. Joseph, leaving already underserved individuals to figure out what their next best options are," said Alderman Tony Zielinski in a statement.

St. Joseph is part of Wheaton Franciscan Healthcare which merged with Ascension in 2016. Another Milwaukee hospital Ascension oversees is St. Francis. Earlier this week, Donovan said he heard St. Francis could be next in line for service cuts.

In a statement, Ascension said it was "committed to the future of St. Francis."

"We continue to consider how we may evolve our core services to stabilize and reshape our offerings at St. Francis and across our greater Milwaukee sites of care to deliver quality services and the greatest value for our communities," read the statement.