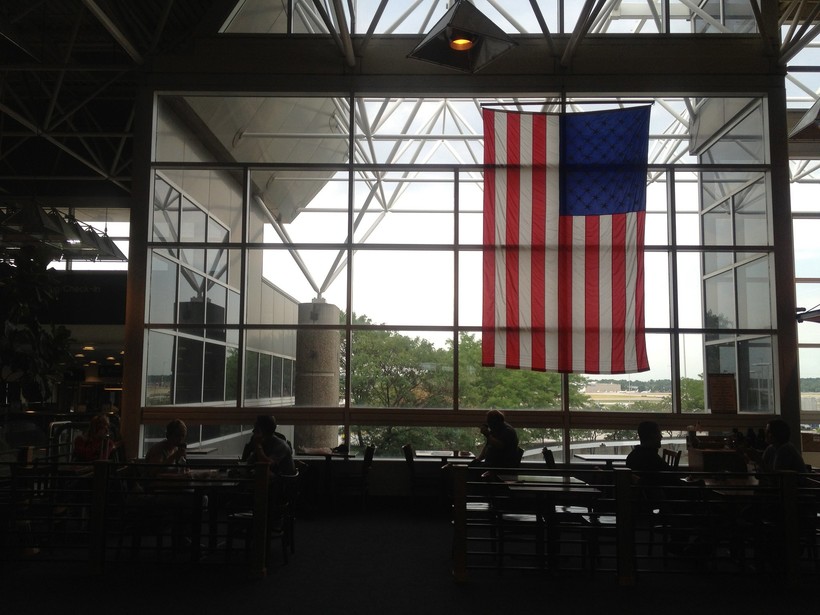 Efforts continue to be made to draw international flights to Milwaukee Mitchell International Airport.

Airport officials have asked Milwaukee County for $25 million in the 2020 budget to continue the international terminal project first announced in 2017.

Milwaukee County Executive Chris Abele said two years ago that he wanted to spend $50 million to demolish the E concourse of the airport and replace it with a new terminal that could accommodate more gates and flights. The concourse would also house U.S. Customs and Border Protection agents.

"I've had increasing interest with international carriers for some time," Abele said during his 2018 budget address. "I've also had interest myself in international travel without having to go down to Chicago."

The only international flights out of Milwaukee are to Toronto, the Dominican Republic, Jamaica and Mexico. The existing international terminal at Mitchell is in a separate building from the main terminal and only has one gate.

Expanding the international terminal has been on the minds of airport officals for several years. In 2016, the county transfered $100,000 from the airport's development fund accound to conduct a feasibility study. The following year, the county budgeted $4.5 million for design of the terminal.

The county's 2018 budget included $30 million for the international terminal. Funding came from using revenue bonds and airport user fees. At the time, construction was slated to begin in 2018 with completion by early 2020.

In 2017, Milwaukee County Board Chairman Theodore Lipscomb Sr. raised questions about whether the new international terminal was needed at Mitchell. County Comptroller Scott Manske then recommended the airport prepare a market study and marketing plan for domestic and international service that included a forecast of passenger service.

The report found about 1,000 people a day leave Milwaukee and use Chicago's O'Hare International Airport to fly internationally. Based on estimates, airport officials said they would have approximately 1,140 passengers flying to Latin America, Europe and Asia on six flights a day if the international terminal is built.

Airport officials said they wouldn't comment on the airport's request until after Abele announces his recommended budget to the County Board on Oct. 1. A County Board committee is currently reviewing department financing requests before making recommendations to the full board and Abele.

Airport spokeswoman Pat Rowe said the airlines determine where to fly their aircrafts.

"We can't predict which routes they might add, but we do meet with airlines and aggressively pitch Milwaukee as a great candidate for new or expanded service," Rowe said. "There are approximately 40,000 international scheduled and charter passengers annually, plus private and military passengers, processed through customs."

Tim Sheehy, president of the Metropolitan Milwaukee Association of Commerce and a long-time proponent of bringing more international flight options to the airport, said he supports the idea of bringing more flights to Milwaukee.

"I think it's important to set the footing in upgrading the international terminal," Sheehy said. "Connecting around the globe is important for commerce, which would be good for the entire state."

One of the original selling points for an international terminal was the Foxconn project. In 2017, Abele said he was meeting with Foxconn executives regularly and expected the Taiwan-based company to increase international traffic.

A Foxconn spokeswoman didn't return emails regarding how often the company would use the airport.

But Sheehy said expanding international flights is about more than Foxconn.

"We have eight Fortune 500s and 15 or 16 Fortune 1000 companies headquartered here, so if we can get the right air service with the right frequency, international service would bolster what we already have out of O'Hare," he said.

Correction: The original version of this story identified the wrong amount in the airport's proposal to Milwaukee County. Airport officials are requesting $25 million.