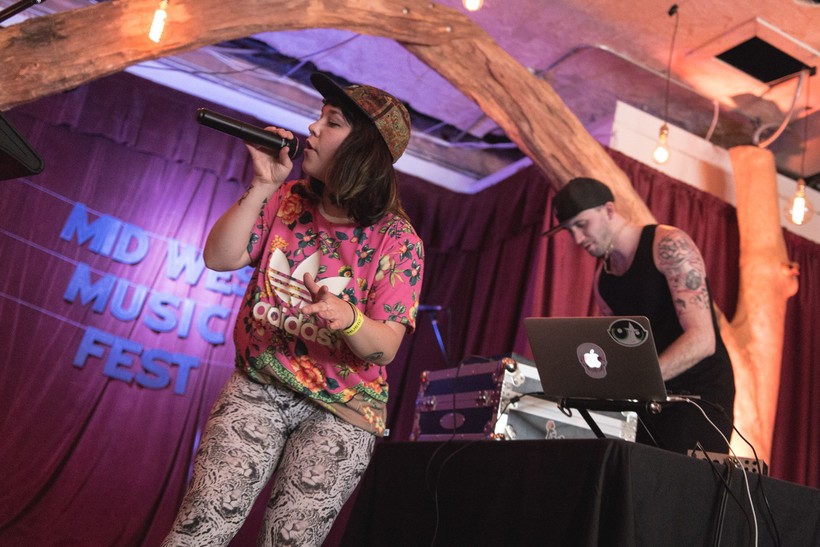 The Mid West Music Festival kicks off Friday evening in La Crosse with a schedule full of regional talent that highlights musicians from across the Midwest.

Andy Hughes is a La Crosse native, and the vocalist and rhythm guitarist for the band TUGG ,which will be playing at the festival Saturday night. He said it means a lot to have a festival come to their city.

Farewell Milwaukee at Mid West Music Fest in 2016. The band will return to MWMF in Winona, Minn. April 27-29.Photo courtesy of Ben Steinquist

"It’s exciting," Hughes said. "You can feel the excitement for this weekend, and for La Crosse to be a part of this."

The festival has been an annual event in Winona, Minn., since it was launched in 2010 by Sam Brown, an Americorps volunteer stationed there at the time.

The idea was inspired in part by the Cherry City Music Fest in Salem, Ore., and in 2011, it grew to a three-day event with  2016 marking its first year in both La Crosse and Winona.

TUGG has been playing in La Crosse for more than 15 years, and Hughes says the local music scene hasn’t changed that much since then.

"The La Crosse music scene is one of those places where you can walk down the street on a Thursday, a Sunday, on weekends, and you can walk into a bar...and just be blown away by the musical talent," he said.

He said it’s great to have the festival in his town, and to see local bands getting recognized.

"As a musician in La Crosse, I think it gives us a little bit of validity," Hughes said. "It makes us feel like we are a major market in the Midwest. We are a place where there’s amazing, creative, original talent and music."

Notable acts playing in La Crosse include Veroqua indie-folk duo Anima, Mike Munson, an Americana blues musician based in Winona, and La Crosse native Greg "Cheech" Hall, a country, Americana guitarist and singer who will be performing a solo act.

The festival will hold a second weekend of shows in Winona, Minn., starting April 27 and running through April 29. Music acts and scheduling information are available at the festival’s website.