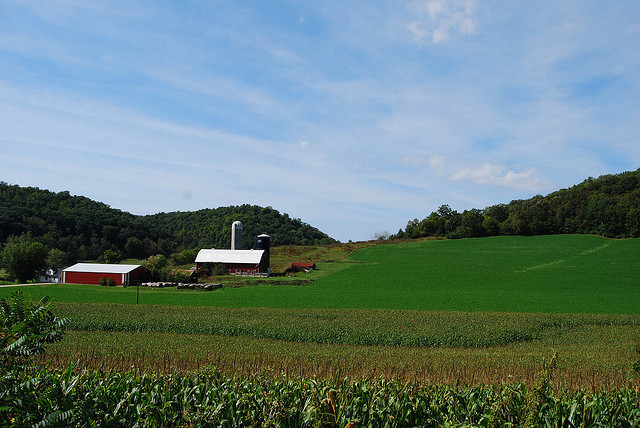 One of author Michael Perry's earliest books is "Population 485," a memoir that brings readers into life in rural Wisconsin. That book has been turned into a stage play that will be performed at Big Top Chautauqua in Bayfield on Aug. 28.

The book has been out for 15 years, and the idea of staging it “has been percolating for a while,” Perry said. So he talked with Big Top Chautauqua and set a date, which he said gave him a much-needed hard deadline to get it done.

Turning any piece of writing into a play script can be challenging, and there are even more when the original material is a memoir. Perry said that one of the biggest hurdles was cutting it down to about 15 percent of its original length.

"That necessitates, then, a certain amount of composite characters and you have to do a few things out of order," Perry said. "That’s a little tricky just because as a memoirist working in nonfiction I always do my very best to get my facts straight."

While it bothers Perry that the stage product may fall more into the realm of fiction because of those shortcuts that need to be taken, not everyone seems to be as concerned. He said that the needed brevity means that one of his brothers pretty much disappeared from the narrative.

But happily, “he did not seem too troubled and just got back on his bulldozer,” Perry said.

Perry has written frequently about his tendency towards being a loner, and especially to work in isolation. But the process of bringing "Population 485" to the stage has involved a lot of collaboration, and often a need to give up some control.

"I’ve found that the best thing that I can do is to let the actors interpret the characters as they will, and let the director do the directing," Perry said. "I have a quiet word here and there if I think that something needs to be changed for accuracy’s sake or to resemble the character more. But mostly, I think you just get out of the way."

Those attending the show will not only see Perry’s story on stage, but Perry himself.

"In this particular production, budgetary restrictions coming to the fore, we’ve cast Michael Perry as Michael Perry," he joked.

Population: 485: Meeting Your Neighbors One Siren at a Time