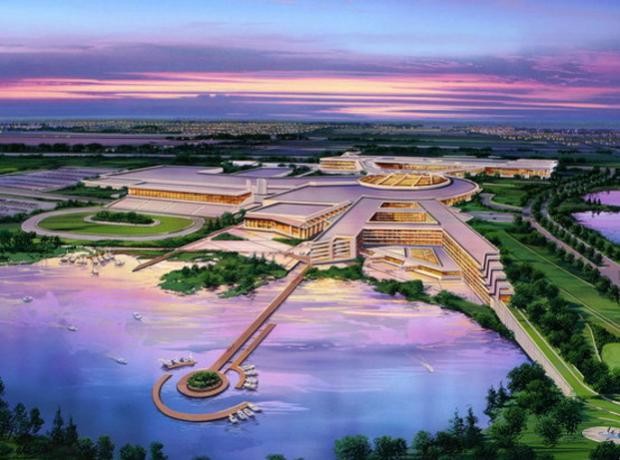 An artist's rendering of a proposed Menominee casino in Kenosha.

The Menominee Nation has offered to help pay for a new Milwaukee Bucks arena if Gov. Scott Walker reverses course and approves the tribe's plan for a new casino in Kenosha.

Walker refused to give the project the green light last month. The tribe announced Tuesday that it would contribute $220 million to cover the state's share of a new Bucks arena if Walker lets the casino go forward.

Walker has called for the state to issue $220 million in bonds to help pay for the new arena drawing the ire of his fellow Republicans. The Bucks' new owners have promised to contribute $150 million. Former owner Herb Kohl has promised $100 million of his own money.

A Walker spokeswoman reiterated in an email Tuesday that approving the casino would open the state up to significant litigation from the Forest County Potawatomi.