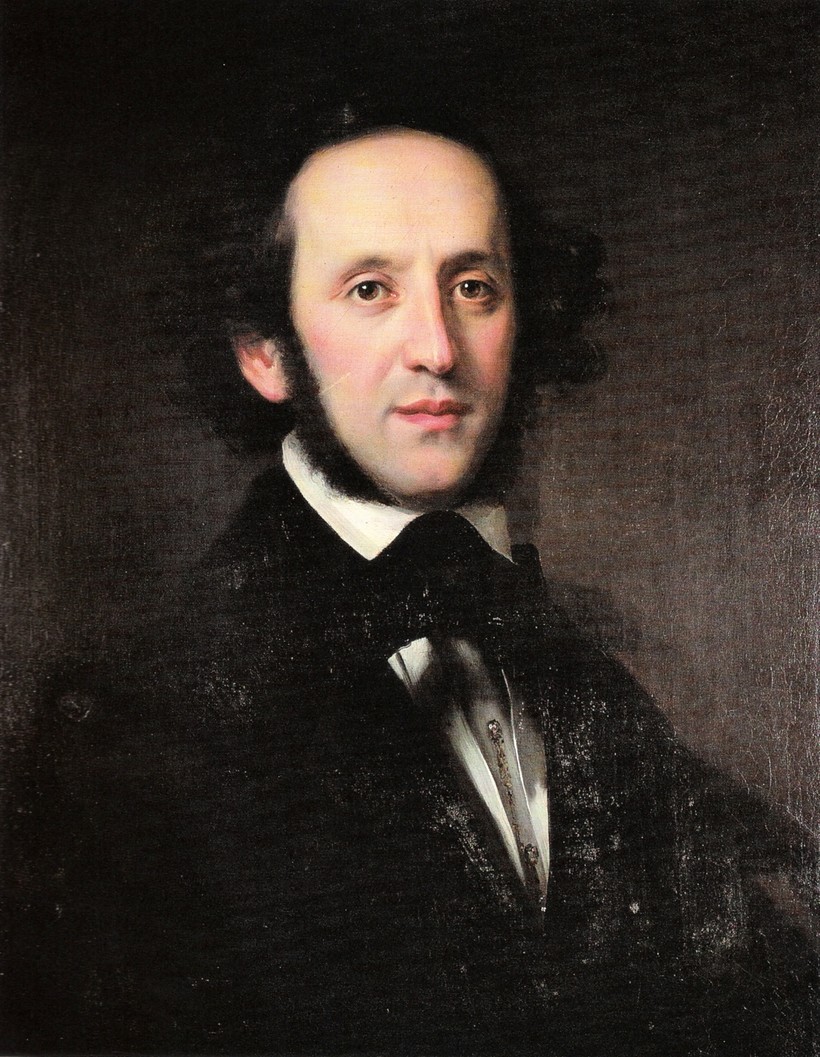 On August  4th, 1834 Felix Mendelssohn was affected by the summer weather.  He wrote to his parents from Dusseldorf:

“For the past week, during which we’ve had heavy storms and muggy air, I felt so drained that I was unable to do anything all day long.  Worst of all, I can’t compose, which irks me no end.  I don’t care about anything other than eating and sleeping, except maybe for bathing and riding.  My horse is a favorite with everyone I know, and his good nature has earned their respect.  But he’s very jumpy and when I was riding him recently during a storm every flash made him flinch so wildly that I felt sorry for him.

Not long ago we went on a horseback excursion to celebrate a lady’s birthday, which we celebrated with wreaths of flowers, fireworks, shooting, a ball and so on.  The route was as charming as ever, though different from what it was in spring.  The apple tree, which was blooming in the spring, was now loaded with unripe green apples.  And sometimes I was able to ride across the stubble fields and get into a shady wood via a side path.

We met several public coaches at precisely the same places and some of the very same flocks of sheep, and the same boisterous life at the blacksmith’s forge, and a man in town was shaving himself just the same.

The next day I rode to Werden, a charming, secluded spot, where I wanted to inquire about an organ.  The whole party rode with me there.  Cherry tarts were handed to us from the carriages.  We dined in the open air.  I played fantasies and pieces by Bach on the organ to my heart’s content.

Then I bathed in the Ruhr, so cool in the evening breeze that it was a real luxury.  First of all I picked a place close to the water with high grass, in which large cut stones lay as if put there by some sultan to shade himself and his clothes.  Close to the shore, the water came up to my chin and the evening sun illuminated the green hills across the water. The little stream flowed quietly along, wonderfully cool and shady.”