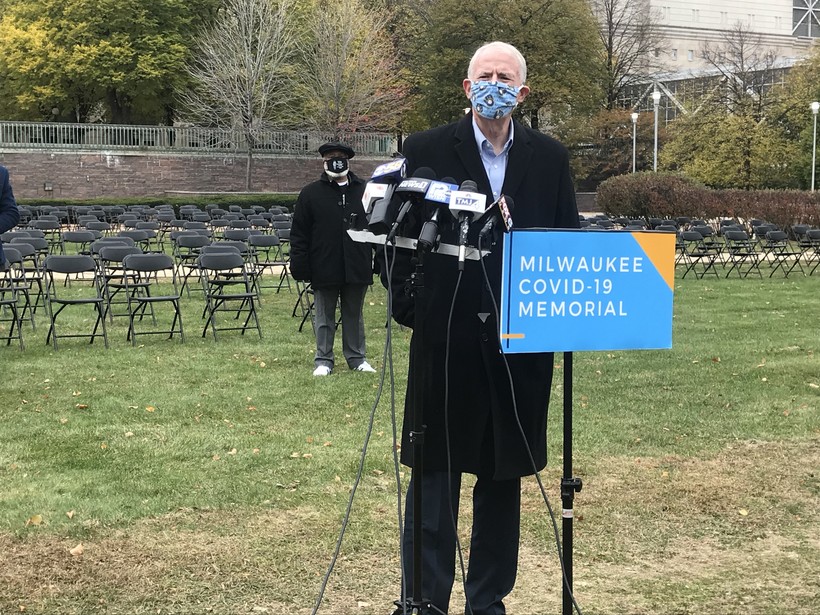 Milwaukee Mayor Tom Barrett stands in front of 600 folding chairs arranged by the Milwaukee County Courthouse on Oct. 27, 2020 representing those in the county who died from COVID-19. Madeline Fox/WPR

At Memorial To 600 Milwaukeeans Dead From COVID-19, Organizers Urge Action

'We Have To Do More, Because There Are Lives At Stake,' Says Sen. LaTonya Johnson
By Madeline Fox
Share:

For Milwaukee advocates and political leaders, the 600 chairs set up Tuesday morning in front of the city's courthouse represent 600 people who will be absent from this year's holiday celebrations and 600 losses to the community because of COVID-19.

"These chairs don't just represent individuals," said Wisconsin state Sen. LaTonya Johnson, D-Milwaukee. "They represent families, friends, loved ones that will never have the opportunity to have conversations, to hold their loved ones, to say 'I love you,' or to hear those words ever repeated again."

The Milwaukee Service Area Workers, Citizen Action Wisconsin, Black Leaders Organizing for Communities and Souls to the Polls organized the display to create a community space to mourn the hundreds of deaths from the coronavirus in Milwaukee County, and to call for individual and political action to slow the spread of the disease.

"I still see the stories of people who say 'It's fake, it's fake, it's fake,'" said Milwaukee Mayor Tom Barrett. "I don't know how many times we have to read the stories or see the television news reports of someone who's lost their father or their mother until people realize you've got to wear these masks, you've got to keep the social distance. This is real, and it's very, very serious in our state right now."

The display will stay up at MacArthur Square until 4 p.m. on Tuesday, and also has a space for people to write public and private remembrances of the people they've lost to the coronavirus.

Barrett brought up one loss close to him — his childhood friend Carley Ann Gallun. He recalled Gallun knocking on his door as a young girl when he and his family first moved to a home near Washington Park, and attending basketball and baseball games together. He said she wrote him a letter in May, and was hospitalized and later died from COVID-19 later in the summer. 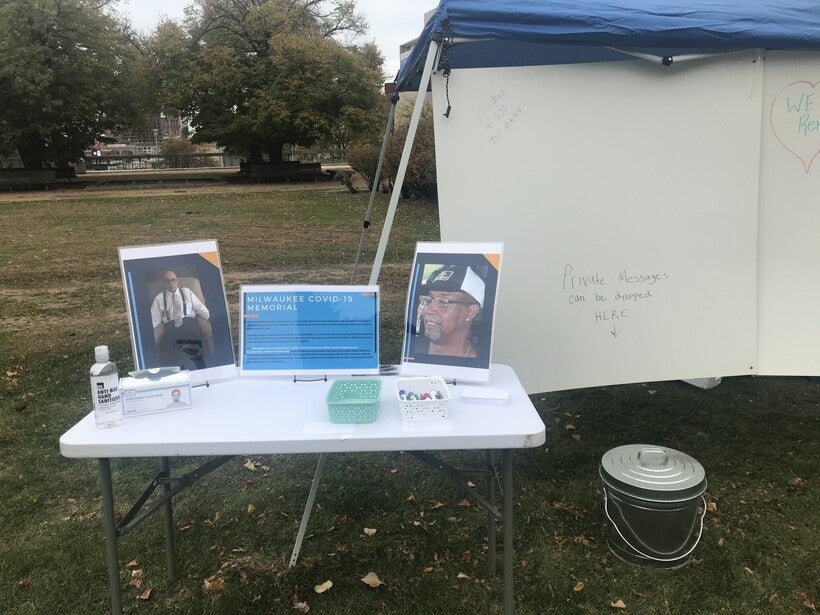 The memorial to Milwaukee County victims of COVID-19 has a place for people to write public or private remembrances. Madeline Fox/WPR

Pastor Greg Lewis, executive director of Souls to the Polls in Milwaukee, said he had COVID-19 earlier this year, and had to be hospitalized, as did several of his friends who later died from the disease.

"This virus is serious," he said. "Look at those chairs, that's how serious it is. People, stop taking this virus lightly. Wear your mask." 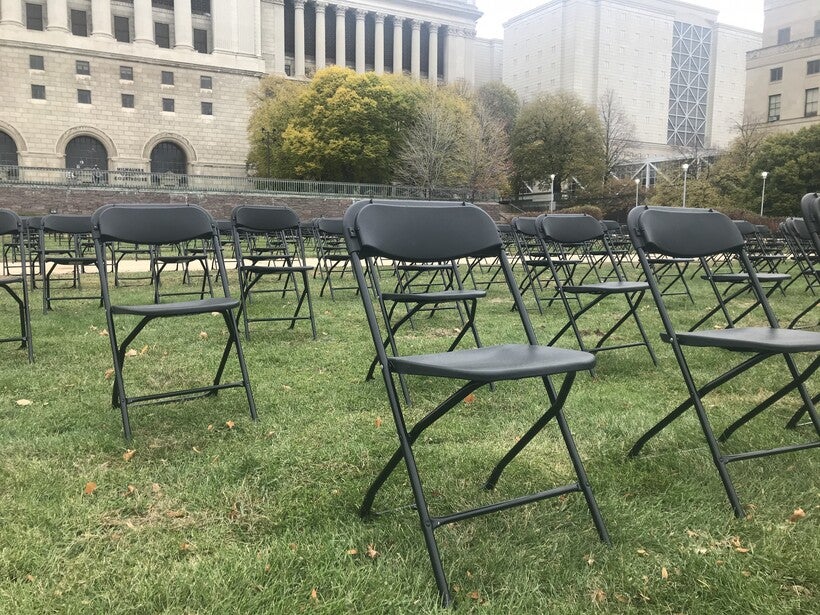 Several Milwaukee groups set up 600 folding chairs in front of the courthouse for a single-day memorial to Milwaukee County residents who have died from COVID-19. Madeline Fox/WPR

Johnson said her mother and two aunts are essential workers in the medical field, and have been going to work despite the risk to their own health throughout the pandemic. They all have preexisting conditions that put them at higher risk for serious complications from the coronavirus, she said.

"Asking those (lawmakers) to come and do their job isn't asking them to do more than my mom, or my aunts, who show up at those hospitals and nursing homes every single day, trying to do their part to save lives," Johnson said. "This is a day of remembrance, but it's also a day to remind us that Wisconsin needs to get it together. We need to do more, we have to do more, because there are lives at stake."