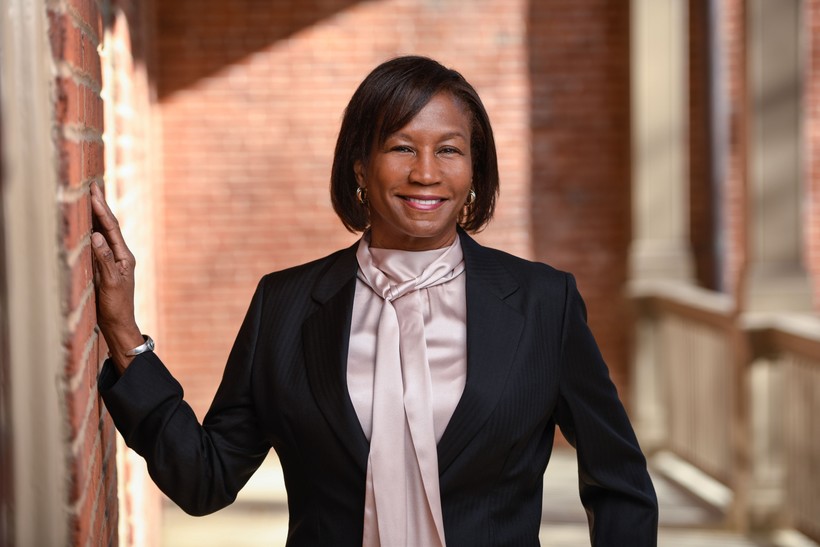 Laurie Carter knows a thing or two about leading a university with a strong arts program.

For 25 years, she worked at The Juilliard School in New York City, where she co-created its storied jazz program. She helped build the curriculum and hire faculty. She still gets a kick out of seeing alumni succeed on the world stage, she said.

"Creating that program from scratch was really one of the highlights of my career," Carter said.

After leaving Juilliard, Carter went on to serve as executive vice president of Eastern Kentucky University and president of Shippensburg University in Pennsylvania. And now, she’s coming to Wisconsin.

In July, she’ll begin her tenure as president of Lawrence University in Appleton, which is well known for its conservatory. Lawrence was founded in 1847, making it one of the oldest schools in the state. Carter will be the first Black president in Lawrence history.

She was attracted to the role for a multitude of reasons, including the passion she felt from the Lawrence community, she said.

"That, coupled with the history of Lawrence, its traditions, its values, its mission and that liberal arts foundation infused with the arts, it's all there," Carter said.

Like all universities, Lawrence has felt the effects of the coronavirus pandemic, but the financial impacts haven’t been catastrophic, Carter said. For now, students are learning on campus and online.

Wisconsin health care workers have administered more than 1 million doses of vaccine, and the state has seen COVID-19 cases decline since a spike in January. But that doesn’t mean things will be back to normal this fall, Carter said.

"I think there's a next normal," she said. "I tell folks here, 'We can no longer look to what we knew, we have to look to what's new.' So, we will figure out what our next normal is at Lawrence, and we'll go with it because it's a place that has grown and adapted as necessary."

Carter was announced as Lawrence’s 17th president Thursday. In a video message, alumnus Cory Nettles, chair of the presidential search committee, said Carter will help Lawrence continue toward its goal of becoming an anti-racist university.

At Shippensburg, Carter created a Pride Center, expanded the Title IX office and added a chief diversity officer to the university’s executive roster.

"I know that the mayor of Appleton is passionate about this work, and I will partner with him in creating an environment that is appropriate for the Appleton community, as well as the campus community," she said.

Diversity and inclusion isn’t about imposing your values, but rather engaging your community to make changes until everyone feels a sense of belonging, she said.

"This is a long-term commitment for the university, and it doesn't start with me," Carter said.

Carter will succeed Mark Burstein, who led Lawrence for eight years and announced in September he'd be leaving at the end of the school year to be closer to family on the East Coast. Carter begins July 1, and said her first priority will be getting to know the community, she said. And she’s ready to embrace Wisconsin traditions.

"I've heard that I am a Packers fan now, and I'm good with that," she said.