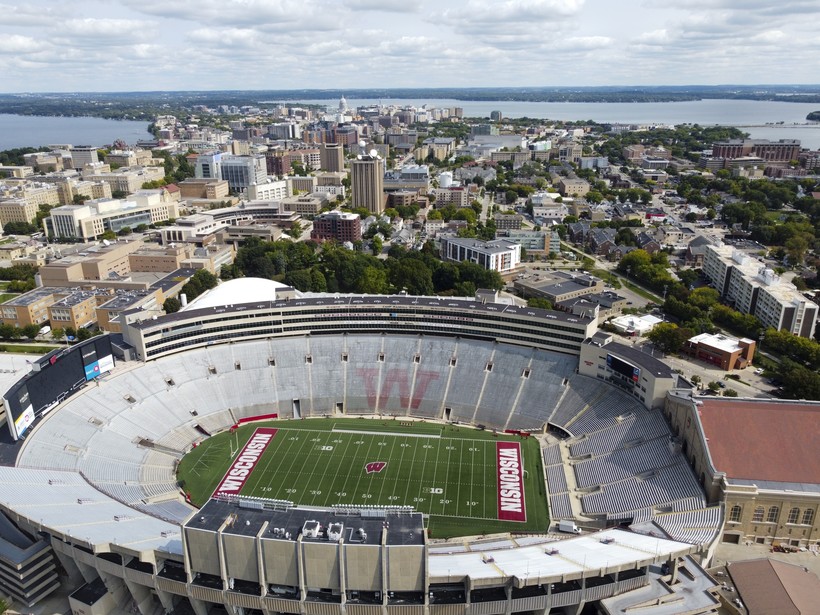 Local Officials Want Fewer Night Games, And For COVID-19 Community Metrics To Determine Whether It's Safe To Play
By Shamane Mills
Share:

Mayors of cities with Big Ten universities wrote to conference officials Monday, asking them to implement changes in their approach to the upcoming football season to better control the spread of the coronavirus.

Local officials would like the conference to work with public health officials on setting metrics for community positivity rates to determine if it's safe to play a game. The mayors, including Madison’s Satya-Rhodes Conway, also are asking that the Big Ten Conference release game times and schedules as early as possible and hold fewer late afternoon or evening games.

The Wisconsin Badgers will play Illinois at Camp Randall Stadium in Madison on Friday at 7 p.m. for the conference's season opener. No fans will be allowed in the stands, but local health officials are concerned about what might happen outside the stadium.

The Big Ten schedule for this weekend includes three night games, including the game in Madison, along with two afternoon games.

"Football is a great economic boost. It's something that’s going to help our businesses. And I think honestly it’s a good distraction for people in the community from a lot of things that are going on in this country right now," said East Lansing Mayor Aaron Stephens. "But at the same time, it poses increased risks in terms of social activities and consumption of alcohol which are associated with increased spread of the virus."

Dane County has "high" levels of COVID-19 activity, according to state data released last week. All but 15 of the state's 72 counties were in the "very high" category.

Gov. Tony Evers praised University of Wisconsin-Madison officials for taking COVID-19 precautions "very seriously" by closing down parking lots to prevent tailgating and allowing only essential personnel inside the stadium, reversing an earlier decision to allow parents of players inside Camp Randall.

"I understand the fun of game day. But frankly I believe that our students understand the seriousness of this disease. Campuses are masked up pretty darn well, and so I think it's going to be OK. If there are large parties, I think the university will be active in closing those up as best they can," Evers said during a media briefing Tuesday.

The Big Ten Conference waffled for weeks over whether it would play football this fall. After finally deciding to kick off in late October, the conference announced it wouldn’t sell tickets to games, though universities could set their own policies for family members.