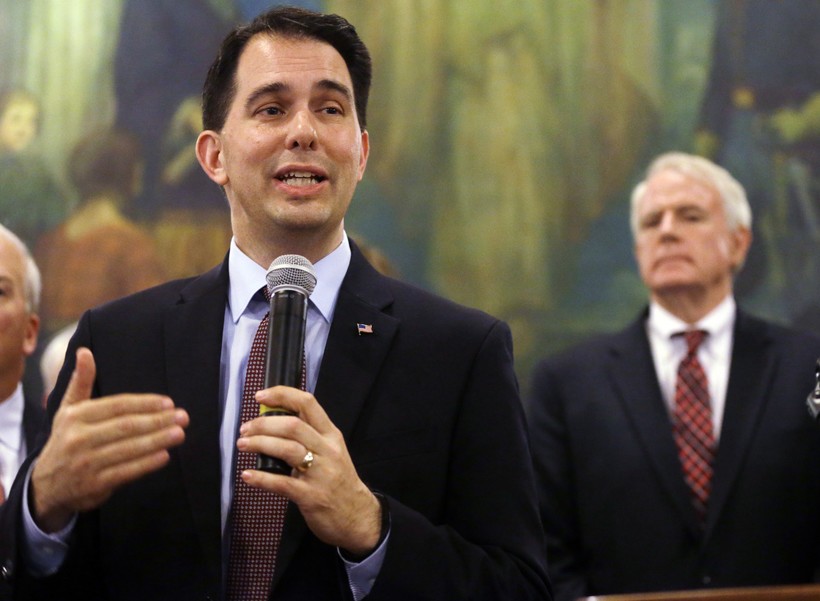 Thirty-two states have expanded Medicaid under the Affordable Care Act, but Wisconsin isn't one of them.

Now, Milwaukee Mayor Tom Barrett is urging Gov. Scott Walker to reconsider his opposition, saying Wisconsin has lost out on $700 million in federal funding as a result of the GOP governor's decision.

"Going forward, it makes even less sense for us to reject this, because Gov. Walker’s argument against taking the money initially was that he disdained Obamacare and President Obama so much that he did not want to accept this money," Barrett said. "... Now what’s happened of course is with President Trump, you’ve got Republican governors all over the country who are making it clear that they want to continue to provide health care to their residents."

The ACA's Medicaid expansion gave states federal dollars to expand the reach of their Medicaid programs. But it was optional. Many states rejected the expansion and the funds point-blank.

Walker did choose to expand Medicaid on a limited basis by using BadgerCare Plus, without the federal dollars and forgoing additional matching dollars from federal taxpayers. His plan expanded Medicaid coverage to 145,000 additional adults, and booted nearly 60,000 adults off of Medicaid, giving them the option to buy subsidized private health insurance.

The Walker administration originally said it refused the federal dollars under the premise that the government could reduce the amount of funds available due to the federal deficit.

Barrett, a Democrat, said there’s no reason to continue to hold out on accepting the funds, since Republicans have not repealed the ACA.

"When the Senate went home for its August recess ... That to me was the loudest signal yet that they are not in a position where they’re going to repeal Obamacare," Barrett said. "But even more importantly, even if they were to repeal Obamacare, the conversations have been that they’re going to protect the states that have expanded Medicaid, or in our case, expanded BadgerCare."

Barrett said the partial expansion also put Wisconsinites at risk under the private exchange by kicking what he called "the working poor" off of Medicaid — those with incomes between 100 and 133 percent of the federal poverty level — and onto the private health care exchange.

"Those are the people who are struggling to provide for their families. And by taking this expanded health care … we would do two things," he said. "One, we would provide more health care for more Wisconsinites. And second, we would save our residents literally hundreds of millions of dollars. To me, it defies logic that you could go forward now and say, 'Well, we’re going to have more people uninsured, and it’s going to cost our residents even more than it has in the past.'"