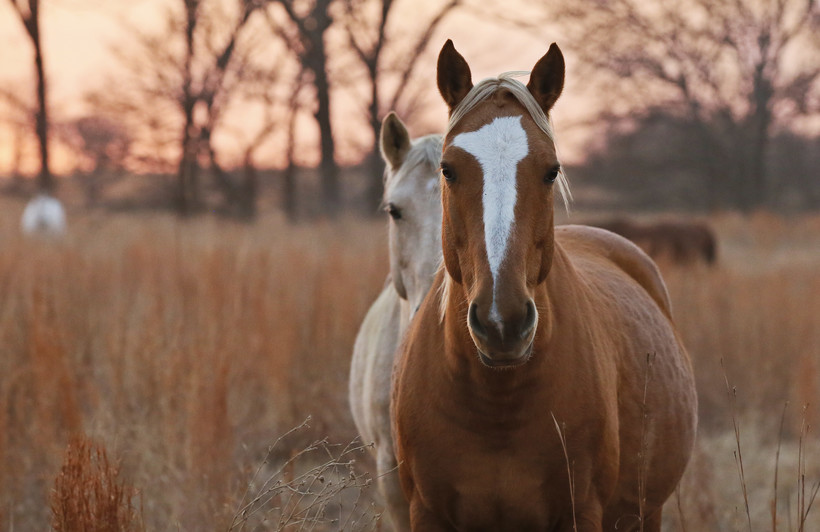 Wild horses under the protection of the Bureau of Land Management. Sue Ogrocki/AP Photo

Some people like dogs, but TJ Clibborn likes horses, wild ones.

Born in Australia, Clibborn muses that mustangs are "majestic" and "wonderful," alluding to their spiritual significance.

"God said he was coming back on a wild horse — on a white horse, anyway," said Clibborn, who moved to Wisconsin in the early 1990s and lives in Deerfield and has trained more than 6,000 wild mustangs.

Clibborn will be conducting a free clinic on how to train wild horses at the Wild Horse & Burro Event Friday and Saturday in Marshfield. Wild horses and burros at the event will be up for adoption.

The animals up for adoption are corralled in the western United States by the federal Bureau of Land Management, which has the authority to do so through a program established in 1971. At the time, Congress directed the department to protect the wild animals by passing the Wild-Free Roaming Horses and Burros Act.

These adoptions and sales are one way the federal government tries to control wild horse and burro populations on the range. Birth control methods also are used.

The Bureau of Land Management states herds can grow up to 20 percent each year and double in size within four to five years without some sort of natural population control. That can lead to unhealthy horses because resources in the west can be fragile and scarce. Without some form of population control, the bureau argues animals may die from disease, dehydration and starvation.

Wild horses and burros are descendants of animals once owned by Spanish explorers, ranchers, miners, U.S. calvary and American Indians, according to the bureau.

Clibborn — who will be at the event with his mustang Choke, who earned her name after almost dying from eating bedding — suggested people attend the event to get an idea of what the adoption process looks like, even if they're not ready to commit.

"I believe that these horses will win your heart," he said. "You'll fall in love with them."

There are strict regulations for people interested in adopting the horses. For example, horse caregivers in Wisconsin must provide a three-sided shelter with a roof and must have 400 square feet of corral space.

And adopters won't actually own the horse for the first year. Instead, they'll foster it.

"It's a big ordeal and they have to have water and shelter and food and people don't realize there's an expense that goes along with these horses," Clibborn said.

As of March, an estimated more than 88,000 wild horses and burros roamed the west. In the 2018 fiscal year, 11,472 were removed, with more than 4,600 being placed into private care. Unsold and unadopted horses are cared for by the Bureau of Land Management in corrals and pastures. Free-roaming horses are on public lands in 10 western states and wild burros are in California, Nevada, Arizona, Utah and Oregon.

Wild horses are an entirely different animal than their rideable, tamer counterparts, Clibborn said. These horses have never been touched. Clibborn likes them that way, because he says domesticated horses tend to pick up human traits such as biting, kicking or scratching.

"But wild horses — once they trust you, you've got them for life."

Want To Adopt A Wild Horse? 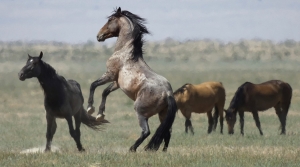 When you were a kid, did you dream of owning your own horse? How about a wild horse? There's an upcoming adoption event in Marshfield for wild horses and burros. We talk with a horse trainer about his love for the animals and what people should consider before getting one.