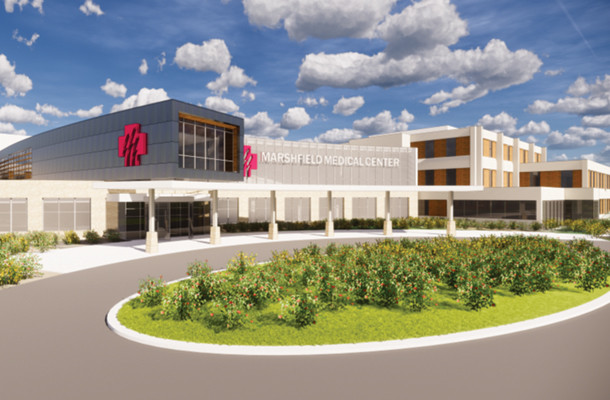 A rural health system in Wisconsin announced plans to build a new hospital in Wausau.

Marshfield Clinic has had facilities in Wausau for decades, but the new project will be its first integrated medical campus, with both inpatient and outpatient care as well as an emergency room, birthing center and surgical suite.

The 36-bed hospital will add about 270 jobs in the Wausau area, said Susan Turney, CEO of the Marshfield Clinic Health System. These include physicians, nurses and support staff. Turney said the new facility will expand patients’ access to medical care.

That might mean providing an option for care within the system that doesn't require as much driving time for patients, or which allows for closer connections between primary care physicians and specialists.

As the state's population ages, they'll need more medical services. Turney noted that in some counties where Marshfield Clinic operates, the ratio of people working to Medicare beneficiaries is less than two to one.

Marshfield Clinic Health System covers more than 40,000 square miles in Wisconsin. In May, it announced a proposed merger with La Crosse-based Gundersen Health System. The Marshfield News-Herald reported that the combined company would employ more than 18,000 and have revenue of more than $3.7 billion a year.