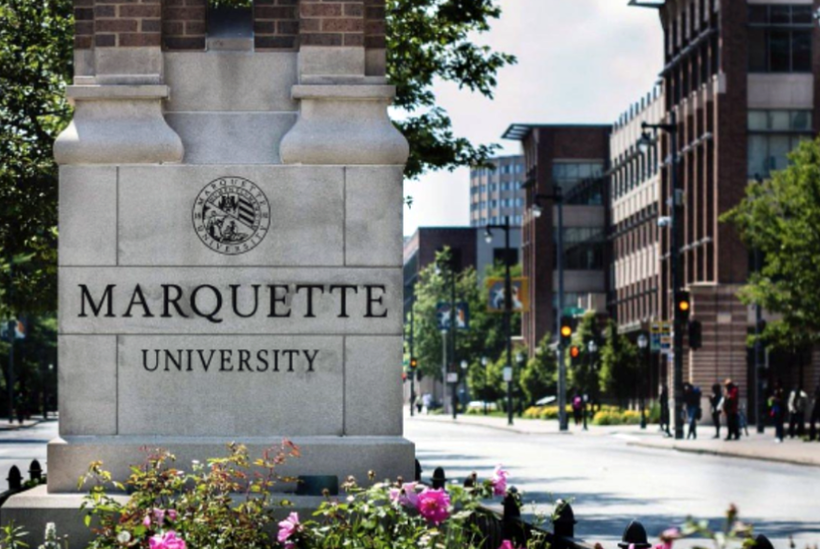 Some Marquette University students protested what they say is an unwelcoming environment for students of color at a convocation Thursday, leading to the cancelation of the event.

The Black Student Council of Marquette, which organized the protest, says students of color are underappreciated at the university. They're also pushing for more diversity within campus staff.

The council asked other students not to attend the convocation via social media.

"We are constantly underappreciated, watched, socially abused and forgotten by administration," a statement from the council said. "And today, we will stand against this social phenomenon across this campus."

Bridgeman Flowers, president of the Marquette University Student Government, said he was the only student of color asked to speak during the convocation Thursday. The event is put on at the beginning of every school year to welcome incoming freshman and transfer students to campus. Flowers said being the only student of color asked to participate was concerning and led him to help organize the protest.

"We felt that students of color were often overlooked and not given space to talk about their experiences on larger platforms," Flowers said.

The council has asked for more support from staff and administration on campus. Students on the council said there's only one full-time staff for the university's Urban Scholars program, which has around 100 students currently enrolled. That program offers 40 full scholarships to high school seniors from the Milwaukee area, many of whom come from financially disadvantaged backgrounds. The university plans to hire another full-time staff for that program in 2023, but Flowers said that's too late. They also raised concerns that the Office of Engagement and Inclusion isn't fully staffed.

Diversity is crucial on a college campus, and especially in leadership roles, according to Flowers.

"You're able to see people who look like you, who are supporting you and finding substantial solutions to the problems you're experiencing cause they also, one day, will possibly have to experience that," he said. 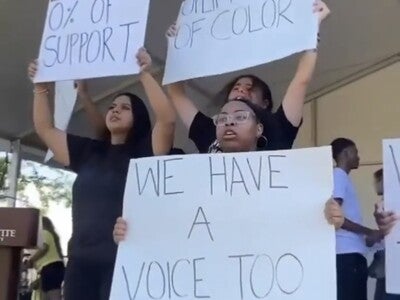 Samari Price, the executive vice president of the Marquette University Student Government, said she hopes campus administration heard their concerns during the protest.

Videos posted to the group's social media account show students holding signs that say "We are not a token" and "Hire more diversity." The students also stood on the stage chanting, "shut it down."

"We love advocacy work, but we also want our university to stand behind us and help us and give us the tools necessary to help these students succeed on campus," Price said.

Price said she's hearing from new students of color who are already experiencing racism on campus.

"Students should not have to go through that ever at this campus," she said.

Marquette University released a statement to its website following the protest, which said the event was canceled because of the "disruptive nature" of the protest.

"Marquette values our students’ voices and respects their freedom of expression in alignment with our values. Unfortunately, due to the disruptive nature of today’s demonstration at the New Student Convocation, the university rescheduled the event," the statement said.

The university statement noted that 30 percent of this year's incoming class identify as students of color. That's a record, according to the statement.

The university added that hiring new positions in the Office of Equity and Inclusion remains a priority. They expect to fill vacant roles for that office this semester.

"We are deeply committed to advancing diversity, equity and inclusion on campus," the statement said.

This isn’t the first protest by the Black Student Council. In 2020, following a sit-in at the administrative building, the council came out with signed agreements from the university regarding supporting more students of color.