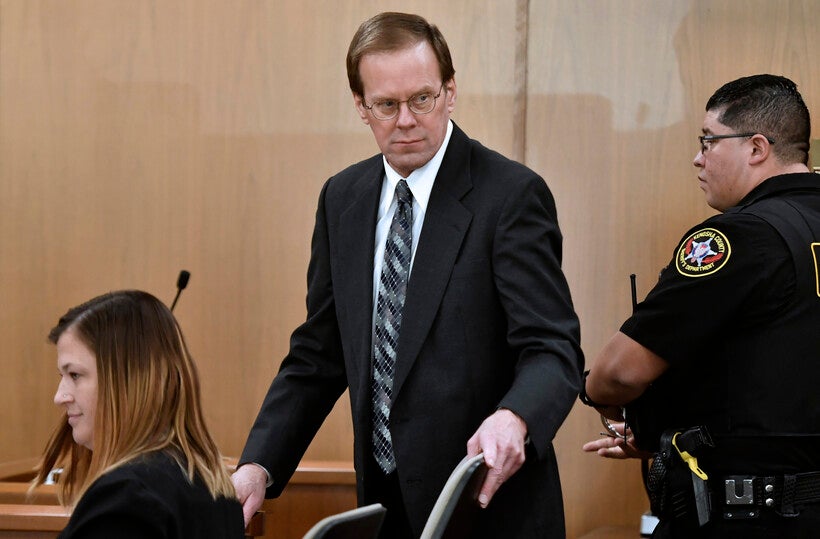 Mark Jensen, center, takes his seat in Judge Milisausks' courtroom as jury selection continues into the second day at the Kenosha County Courthouse on Tuesday, Jan. 10, 2023, in Kenosha, Wis. The Wisconsin Supreme Court ruled in 2021 that Jensen deserved a new trial in the 1998 death of his wife Julie Jensen, who was poisoned with antifreeze. Sean Krajacic/The Kenosha News via AP, Pool

20-year-old murder case goes back to a jury in Kenosha County
By Deneen Smith
Share:

More than two decades ago, a Kenosha County woman was found dead in her Pleasant Prairie home. She left behind a letter and voicemails for police saying in the event of her death they should suspect her husband.

"I pray I'm wrong (and) nothing happens," Julie Jensen wrote. "But I am suspicious of Mark's suspicious behaviors (and) fear for my early demise."

Now, for the second time, her husband Mark Jensen, 63, is facing a jury for the 1998 death. Prosecutors allege Jensen poisoned Julie Jensen, 40, with antifreeze, then smothered her in their home.

Over the last 24 years — and throughout a nearly continuous legal process that has included multiple state and federal appeals — Jensen has maintained he is innocent. He has been in custody since 2007.

Opening statements in what is expected to be a month-long trial began Wednesday morning at the Kenosha County Courthouse following two days of jury selection. 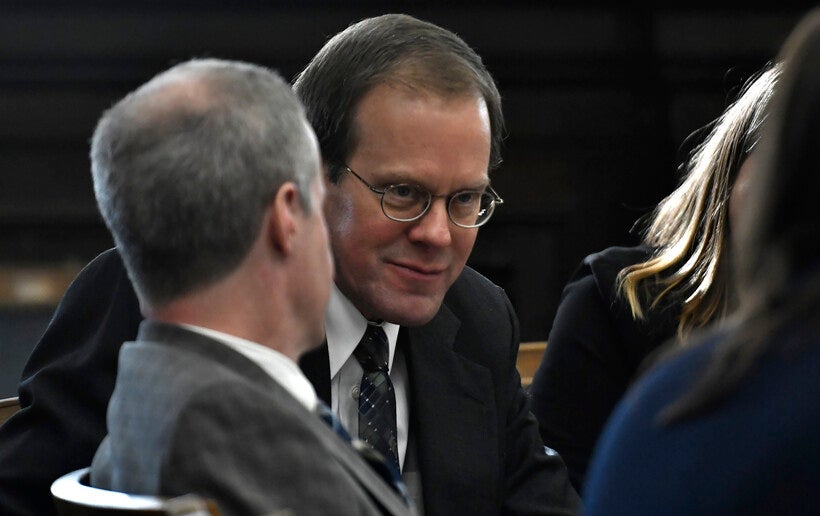 Mark Jensen, second from left, speaks with one of his attorneys, Jeremy Perri, left, during jury selection at the Kenosha County Courthouse on Tuesday, Jan. 10, 2023, in Kenosha, Wis. A portion of the jury selection was moved to the ceremonial courtroom to accommodate a large pool of potential jurors early in the day. Sean Krajacic/The Kenosha News via AP, Pool

But this time, the state will need to prove their case without evidence that jurors at Jensen's first trial in 2008 said was key to conviction. Julie Jensen's "letter from the grave" will not be admitted. The jury will also be barred from hearing voicemails she left for police about her fears.

A series of appellate courts and the state Supreme Court have ruled that the admission of the letters and voicemail at Jensen’s original trial violated Jensen’s Sixth Amendment right to confront witnesses. He has been awaiting retrial on a $1.2 million bond.

Prosecutor Robert Jambois, who has handled the case from the beginning, has told the court he believes there is still ample evidence to convict Jensen.

In her opening statement, Kenosha County Deputy District Attorney Carli McNeill told the jury the state will present evidence that Jensen was using his computer to research poisoning methods, including the use of antifreeze. And McNeill said one of Jensen's work colleagues will testify that Jensen told him he had been researching ways that one could kill their spouse. She said that the physical evidence will show that Jensen killed his wife.

McNeill said witnesses would testify Julie Jensen was a devoted mother and that she was not contemplating suicide. "She didn't frame her husband to make it look like a homicide, she didn't abandon her kids and try to take away their father too. She lived for her kids and she died because the defendant murdered her," McNeill said. 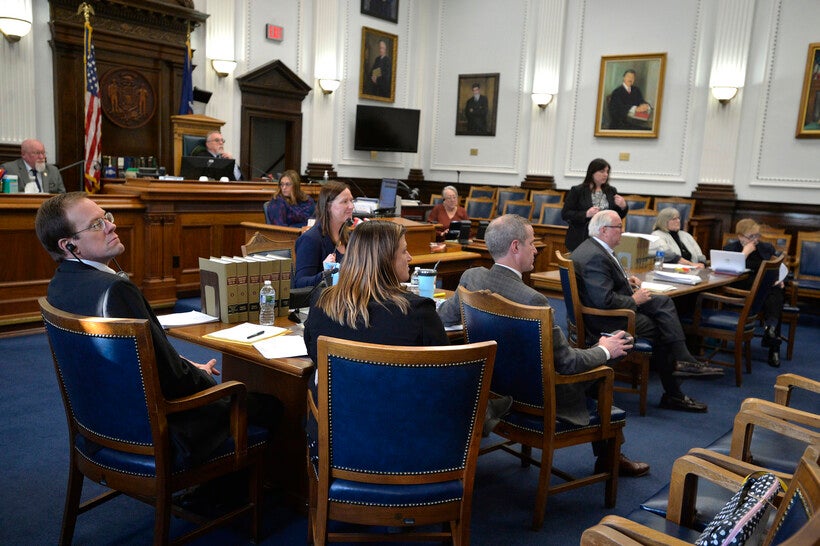 Mark Jensen, left, watches the pool of jurors as names from the witness lists are read during the jury selection process of his trial at the Kenosha County Courthouse in Kenosha, Wis., on Tuesday, Jan. 10, 2023. Sean Krajacic/The Kenosha News via AP, Pool

Defense attorneys have argued the evidence against Jensen is flawed and based on innuendo. Defense attorney Mackenzie Renner told the jury Julie Jensen was a troubled woman who had been treated for depression and that she died by suicide while casting suspicion on her husband.

"At the very end of this trial you are going to be asked to answer one question, did the state prove to you beyond a reasonable doubt that Mr. Jensen caused Julie's death, or did they prove to you that Mark Jensen wasn't a great husband and was kind of a jerk, because those are two very different things," Renner told the jury.

This trial is the third time Jensen's case has returned to Kenosha for a retrial.

In 2017 Kenosha County Circuit Court Judge Chad Kerkman ruled that despite past appellate decisions, the letter could come in as evidence. With that decision, Kerkman then reinstated Jensen’s conviction without trial. That ruling was then overturned by the state Supreme Court, which ordered a retrial.

The case is now starting over before Circuit Court Judge Anthony Milisauskas. The trial is scheduled to end in mid-February.